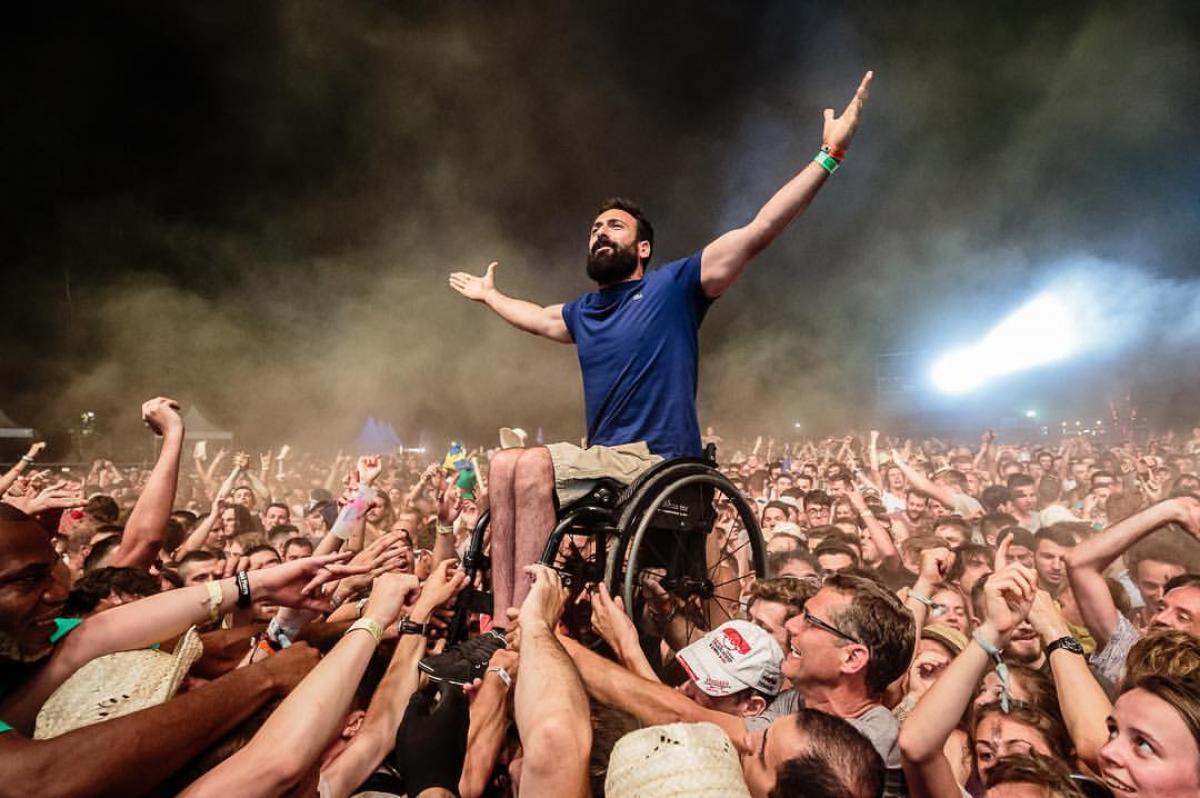 “This photo is unbelievable. He managed to freeze the moment. My friends now call me Jesus because of how I look on that photo.”

It is a week since French Paralympic champion Michael Jeremiasz became the centre of attention around the world thanks to one spectacular photograph.

Jeremiasz, who won the men’s wheelchair tennis doubles at Beijing 2008, was pictured crowd surfing at the Eurockéennes Festival in Belfort, France.

The Frenchman appears with his arms wide open and the people around him trying to touch a part of his body in the photo taken by Brice Robert.

“That moment was very special. I felt like I was literally floating on all these people” said Jeremiasz, who also claimed one silver and two bronze at Paralympic Games.

“It was such an intense moment, as if time had frozen. It would not have been possible without the "friendly madness" of my friend Denis Leroy and all those people who were there.

“This photo is unbelievable. He managed to freeze the moment. My friends now call me Jesus because of how I look on that photo.”

Jeremiasz admitted he wanted to crowd surf at last year’s festival, “but it was a few weeks before the Paralympics so I was advised to be cautious.”