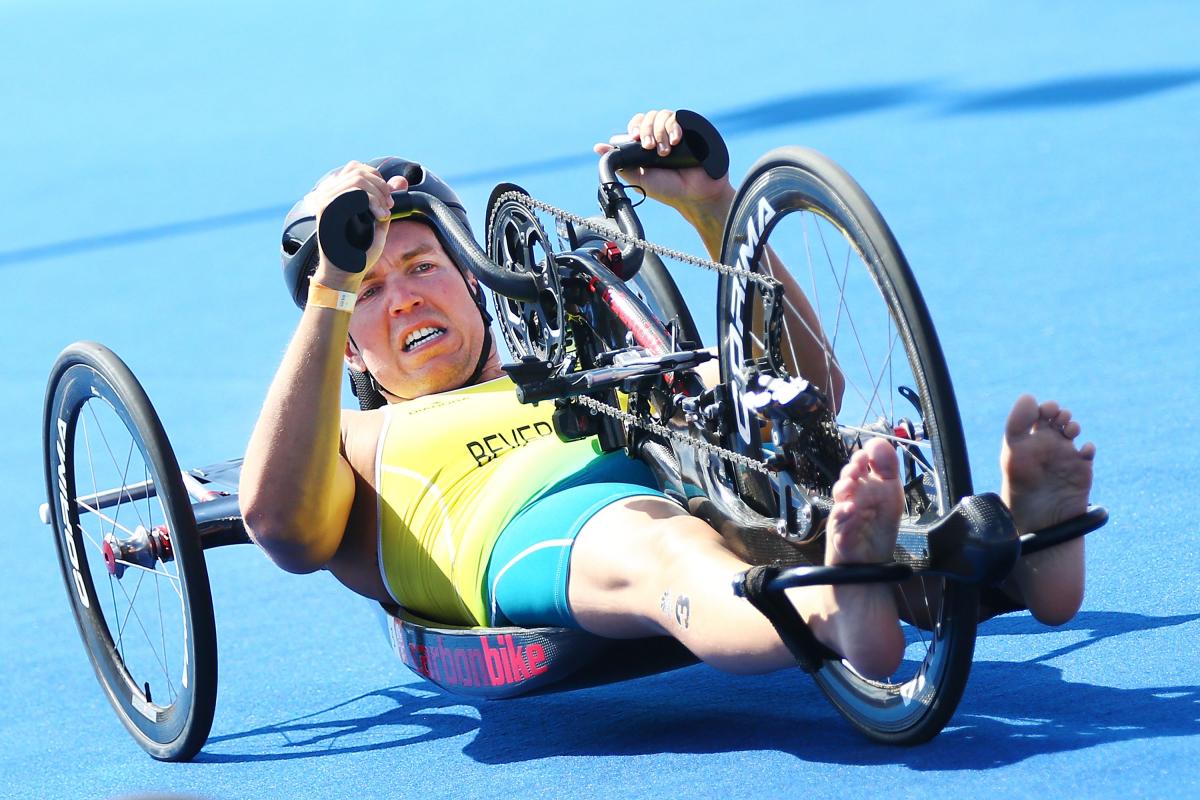 Nic Beveridge aims to rebound from surgery in summer 2018

ⒸGetty
By Adam Bailey | For the IPC

"... I’m going out there to beat the other versions of myself that have raced previously.”

A new city and new team have Australia’s Nic Beveridge feeling rejuvenated heading into his first international Para triathlon in several months at the Devonport World Cup in Australia on Saturday (2 March).

Beveridge underwent surgery last summer for a tendon inflammation in his right wrist. The 32-year-old then relocated to Sydney before kicking off the first of seven World Cups this season.

“The move to Sydney was about chasing an opportunity to work with coaches who I believed would be engaged with me and interested in providing an equal opportunity for development based on my needs as an individual,” said Beveridge.

“I believe I’ve managed to find that here. I’m now working with a team of people that have rejuvenated me as a triathlete and as a person. I’m enjoying their methods and I feel this is now transferring to my racing.”

Beating his old self

After seven months away from the sport, Beveridge returned to competition in February at a local event in Sydney, before successfully defending his PTWC title at last weekend’s Oceania Championships in Newcastle.

“There’s a long runway for this season, and given the Paralympic qualifying window starts mid-year, a lot can happen,” Beveridge said. “Coming back from injury and a damaged world ranking, my performance in Newcastle was pleasing because it is the first step in a rebuilding process.”

Beveridge is the favourite in the men’s PTWC class in Devonport, but the Commonwealth Games silver medallist said the course offers a lot of turns that will make for a close race.

However, he is focused on himself: “Having raced Devonport a few times now, I’m going out there to beat the other versions of myself that have raced previously.”

Beveridge will be one of 16 Australian triathletes competing in Devonport, including Emily Tapp and Lauren Parker in what could be a thrilling duel in the women’s PTWC.

Hungarian national champion Petra Levay will be hoping to spoil the Aussie celebrations in the women’s equivalent, starring Kate Doughty, who returns to racing after the birth of her son last July.

Jonathan Goerlach will be another triathlete targeting victory on home soil in the men’s PTVI. But his compatriot Gerrard Gosens, France’s Arnaud Grandjean and the Netherland’s Daniel Knegt are all pushing for a podium spot.