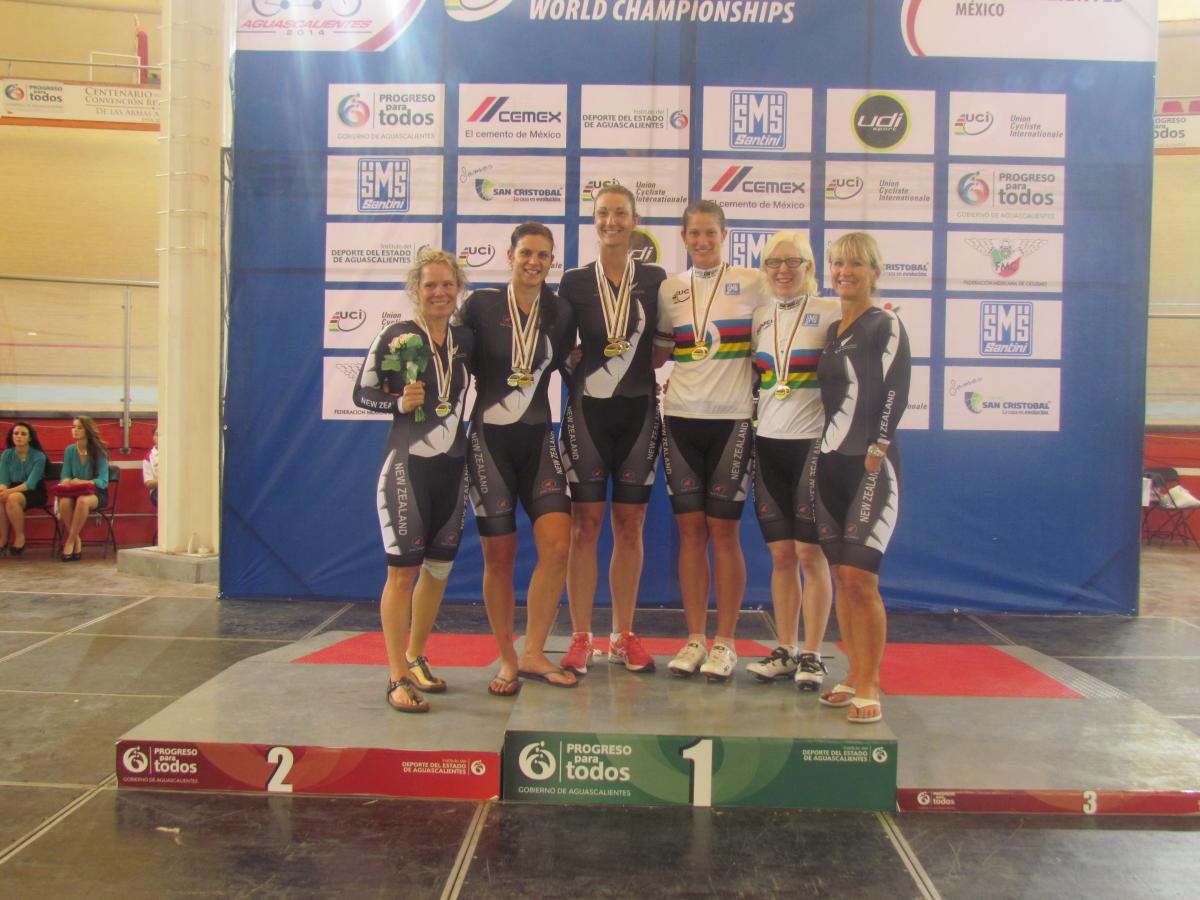 “Although a little short of racing, the training has definitely been put in and we are looking at striking medals in a few events at this Championship”.

The team includes three tandem combinations and five hand cyclists who will be competing amongst 450 elite international athletes.

Many of the New Zealand team have recently competed at the Track World Championships in Mexico and the Road World Cup in Italy, bringing home a total of six medals.

This is the first time New Zealand have ever had three female tandem combinations at this event.

They will be led by the Track World Championship winning combination of Emma Foy and sighted pilot Laura Fairweather, who will be aiming to add to their achievements with another world title.

The other New Zealand tandem combinations will include London 2012 Paralympian Phillipa Gray and her pilot Kylie Young. A new combination will see Amanda Cameron make her second international appearance with Gabby Vermunt as her pilot.

The hand cyclists are led by Sue Reid. She will be joined by Tiffiney Perry, who also competes in wheelchair tennis. Brendon Stratton, Shane Blows and Tim Williams will all be competing in their second international competition and looking to build on their experience.

PNZ Head Bike Performance Coach, Brendon Cameron, said: “This is the largest para-cycling team that has travelled to a World Championships. Half of the team haven’t had a lot of international experience but they have all worked really hard to meet the tough qualifying standards to make this team and the programme will support them in every way to achieve best results”.

Although the team have had to do their build up in New Zealand over the long winter, Cameron is optimistic. He said: “Although a little short of racing, the training has definitely been put in and we are looking at striking medals in a few events at this Championship”.