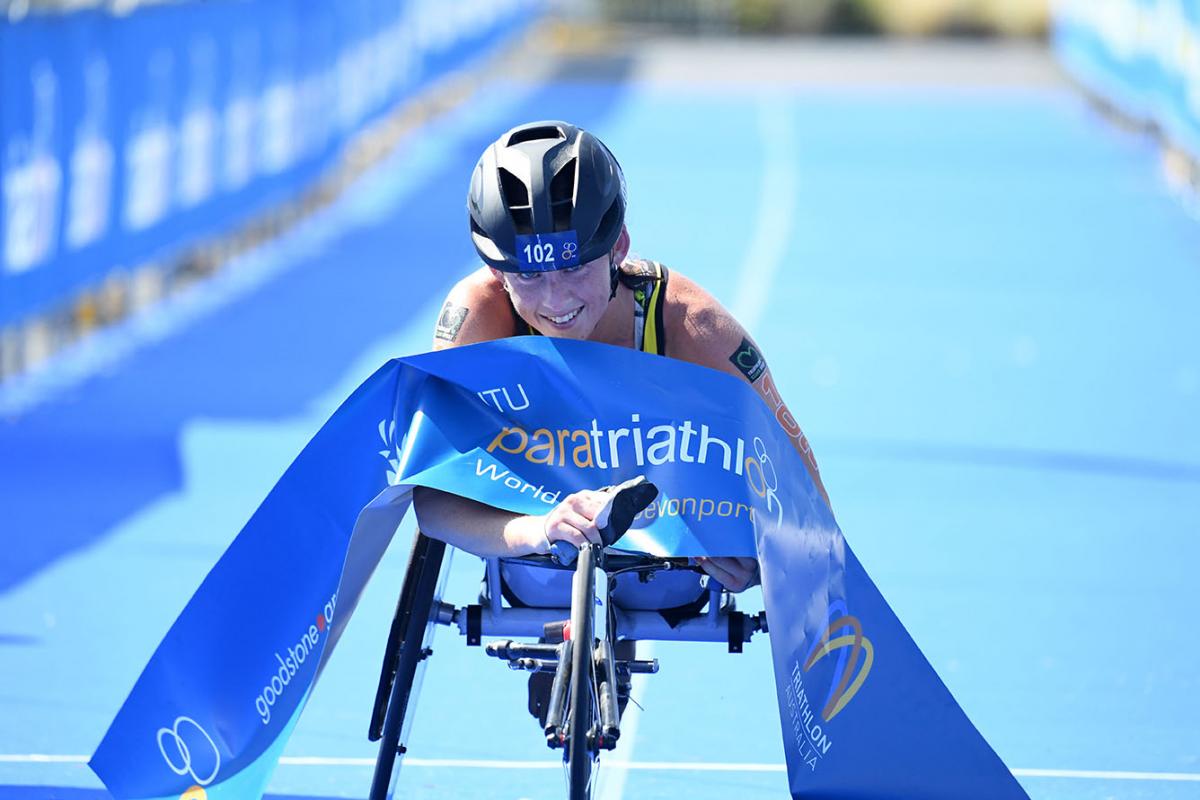 Lauren Parker is proving to be a strong contender in the PTWC category.

Key qualification points towards the Tokyo 2020 Paralympic Games are at stake at the Para Triathlon Oceania Championships set to begin on 26 January in Newcastle, Australia.

The Championships has drawn the 22 top athletes from Australia and New Zealand , including reigning PTWC world champion Lauren Parker.

“To race well and get the win in this event last year really gave me a lot of confidence for the season to follow,” the Australian said. “I'll definitely be looking to recreate that success on race day and kick off what is set to be a massive year, leading up to the Tokyo Paralympics in August.”

Parker’s toughest competition will be her own Australians.

Gold Coast 2018 Commonwealth Games medallist Emily Tapp and teammate Sara Tait are set to join her on the field in the PTWC class.

Rio Paralympian Kate Naess (formerly Doughty) (PTS5) will take to the starting line as she continues her bid for selection to her second Paralympic team, following a highly successful 2019 season.

Racing alongside Naess in the PTS5 class will be relative newcomer Molly Wallace. The 16-year-old Wallace made her international debut at the 2019 event, taking home second to Naess, before going on to secure podium finishes at both the Devonport and Besancon World Cups.

Jonathan Goerlach leads the charge in the PTVI class. Coming off the back of a consistent 2019 season, Goerlach will be looking to make an impact and get his season off to a flying start on Sunday.

Clint Pickin, Liam Twomey and Dean Mchardie will all contest the PTS4 class.

The 2020 Newcastle OTU Paratriathlon Oceania Championships will see athletes complete a 750m swim in the Newcastle Harbour, before taking on a 20km cycle and 5km run through Newcastle’s foreshore.