Ones to watch for boccia and wheelchair fencing named

IPC announces the names of eight boccia athletes and six wheelchair fencers who are stars to look out for ahead of the Rio 2016 Paralympic Games. 06 Jan 2016
Imagen 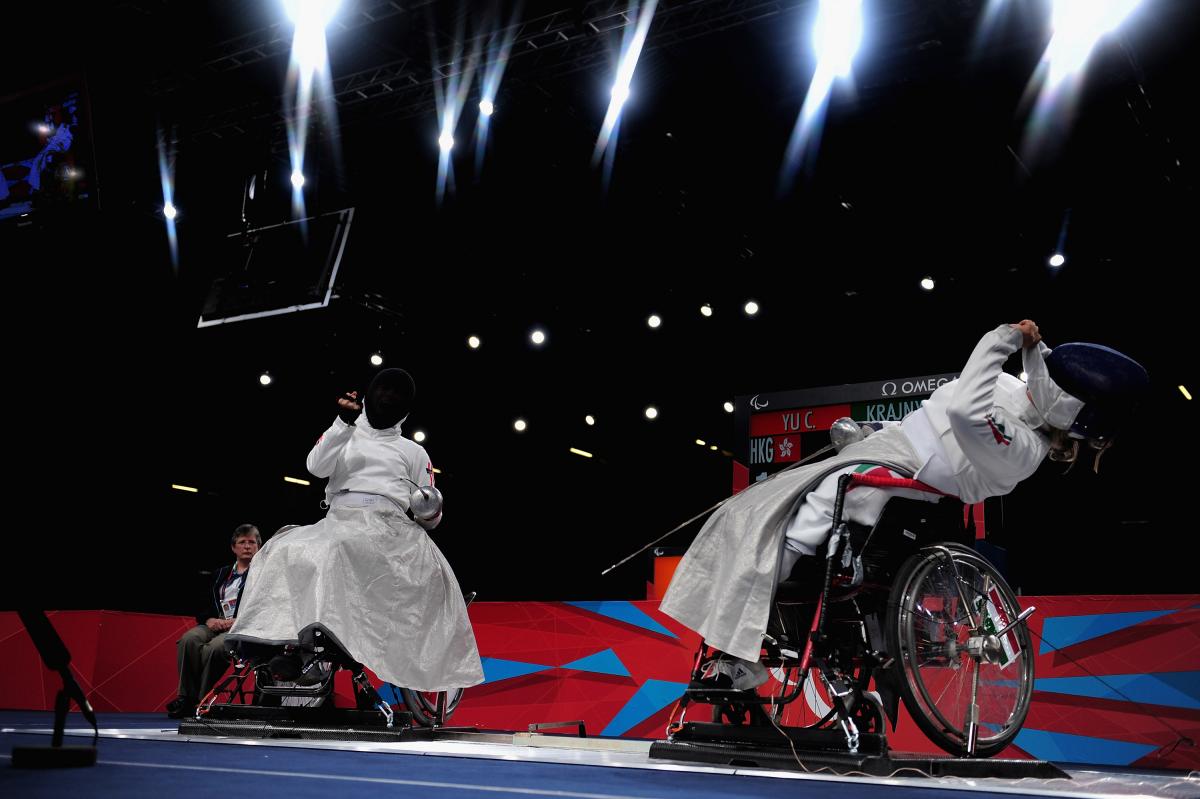 On Wednesday (6 January) the International Paralympic Committee (IPC) named eight boccia athletes and six wheelchair fencers as Ones to Watch athletes for the Rio 2016 Paralympic Games.

The Ones to Watch athletes for boccia and wheelchair fencing are as follows:

London 2012 silver medallist Smith will be hoping to go one step further at Rio 2016. Since the last Paralympic Games he has won the 2013 European title, 2014 world title and finished 2015 ranked second in the world for the BC1 class behind the Netherlands’ Daniel Perez.

The world number one in the BC1 class will make his Paralympic debut at Rio 2016. He won bronze at the 2014 World Championships and in 2015 won gold at the World Opens in Poland and Colombia.

Santos will head into Rio 2016 as the defending Paralympic champion in the BC2 class and will start the year as the world No.1. He won bronze at the 2014 World Championships and in 2015 won team BC1/BC2 and individual gold at Toronto 2015.

Thomas started 2016 as the world No. 1 in the BC3 class and will be hoping to perform better at Rio 2016 than he did on his Paralympic debut at London 2012, where he made the last 16. At the 2014 World Championships he won bronze and in 2015 won silver at the World Open in Poland.

Rio 2016 will be Han Soo Kim’s second Paralympic Games and, after winning the 2014 individual BC3 world title, he will be full of confidence. Kim finished 2015 ranked third in the world in the individual BC3 class.

Leung is preparing for his fourth Paralympic Games. On his Paralympic debut at Athens 2004, he won two golds medals, topping the podium in both the individual and pairs BC4 events. He won the individual BC4 world title in 2014 and topped the world rankings in 2015.

At Rio 2016, Pinto will be targeting a unique triple double of Paralympic titles having won individual and pairs gold at Beijing 2008 and London 2012. In 2014, he finished fifth in the World Championships and finished 2015 ranked seventh in the world.

Former wheelchair rugby player Dispaltro won pairs BC4 bronze at London 2012 and in 2014 won a number of World Open events. He finished 2015 ranked second in the world behind Hong Kong’s Yuk Wing Leung.

Krajnyak is one of the greatest female wheelchair fencers and is preparing for her fifth Paralympics in Rio having won medals in three previous editions. She currently holds the European foil title and won world silver in the same event at the 2015 World Championships.

At just 18 years old, Vio is one of Paralympic sport’s hottest properties having gone 2015 unbeaten. The London 2012 torchbearer heads to Rio 2016 as world and European champion in the foil event.

Castro is the dominant force in the men’s sabre category B having won one world title and three World Cup events in 2015. The world No.1 will be looking to improve on London 2012 where he failed to make the knockout stages.

Since winning a bronze medal at a World Cup event in late 2012, Gilliver has been a regular podium finisher at World Cup events. In 2015 he won silver in the men’s epee at the World Championships in Hungary.

Yee is one of the world's best known wheelchair fencers having won a medal each of the nine times she has competed in Paralympic competitions, seven of them gold. In 2015 she could only manage a bronze at the World Championships and will be looking to improve her form in time for Rio 2016.

On Thursday (7 January), the IPC will reveal the Ones to Watch athletes in powerlifting and football 5-a-side.