Paovic aims to retain her European crown ahead of Rio 2016

The Croatian world number one class six player has had two years to remember on the para-table-tennis circuit. 06 Feb 2015
Imagen 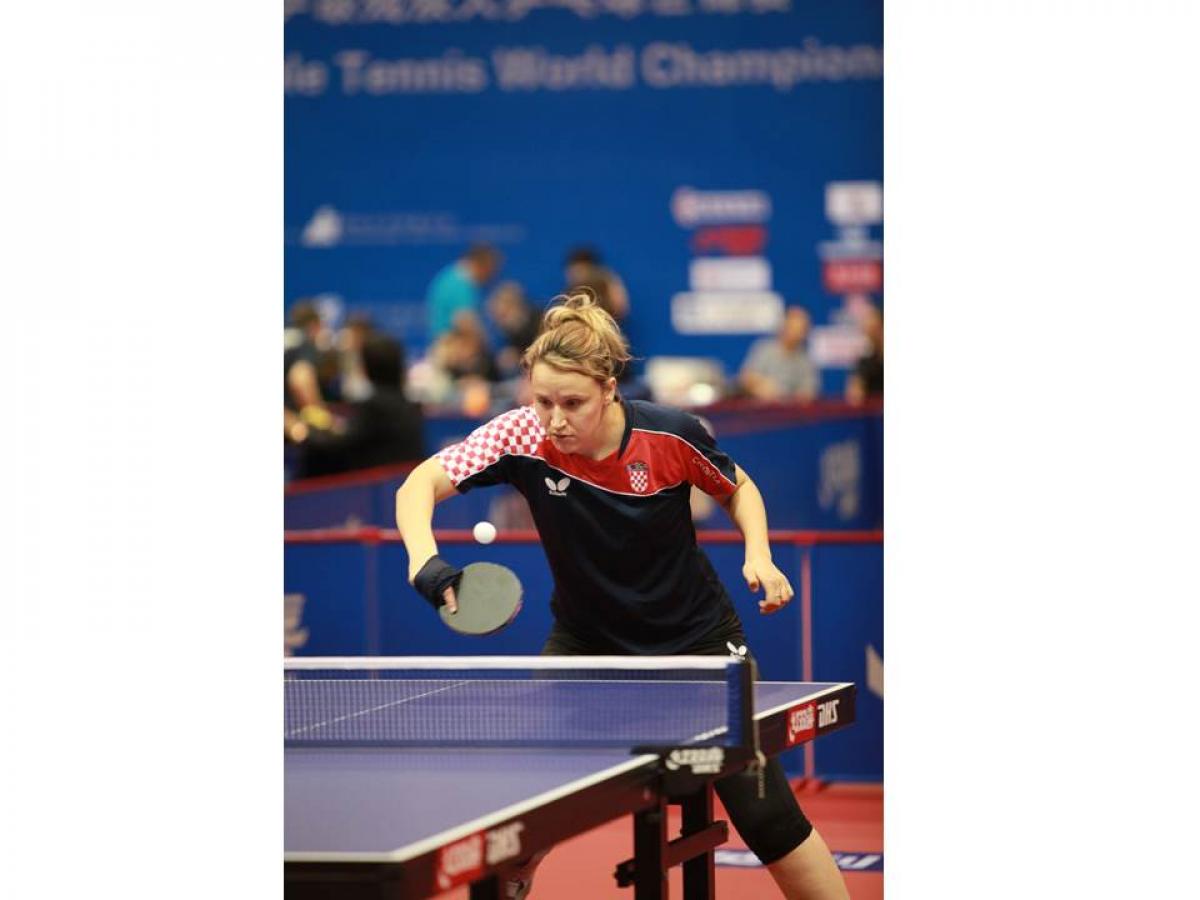 “At the beginning, I never would have imagined that I would have such good results, but it feels good and has given me confidence.“

After winning her first world title in 2014, Croatia’s world number one para-table tennis player Sandra Paovic has set her sights on retaining her European crown in 2015 and preparing for her first Paralympic Games next year.

In only her second full year on the circuit, Paovic not only won the class six singles world title in Beijing, China, but topped off a memorable 12 months by claiming the prestigious 2014 ITTF Para Female Table Tennis Star Award.

“I feel proud to have received such an important award. It means a lot to me because of all the people who have stood behind me and I am proud that I got to prove I can still play table tennis at a high level,” said Paovic who represented her country at eight able-bodied World Championships before a car accident in 2009 left her with limited use of her legs.

The 31-year-old is not shy to share the fact that despite them being more than 18 months away she is already thinking about Rio 2016. But first up, the 2015 European Championships, where she is looking to retain her title from two years ago in Ligano Sabbiadoro, Italy, and underline her position as the world’s best player.

“This season there are a few important international tournaments and also the European Championships in Denmark. I hope to prove my world ranking, but this won't be easy because the top six girls in my category are really tough competitors.”

Although Rio 2016 will be Paovic’s first Paralympic Games, the environment of a major multi-sport Games will not be alien to her; she represented Croatia at the Beijing 2008 Olympics before her accident. Her aim is very much on winning a medal next year and having fun.

“2015 is a preparation year for Rio, so I need to stay focused on what is important and correct some things that are missing in my game so I can be even more successful. I don't feel a lot of pressure but I have high expectations.

“At the beginning, I never would have imagined that I would have such good results, but it feels good and has given me confidence. My goals are high now but the most important thing for me is to be relaxed and enjoy table tennis.”

The 2015 IITF European Championships will take place between 9-18 October in Vejle, Denmark.