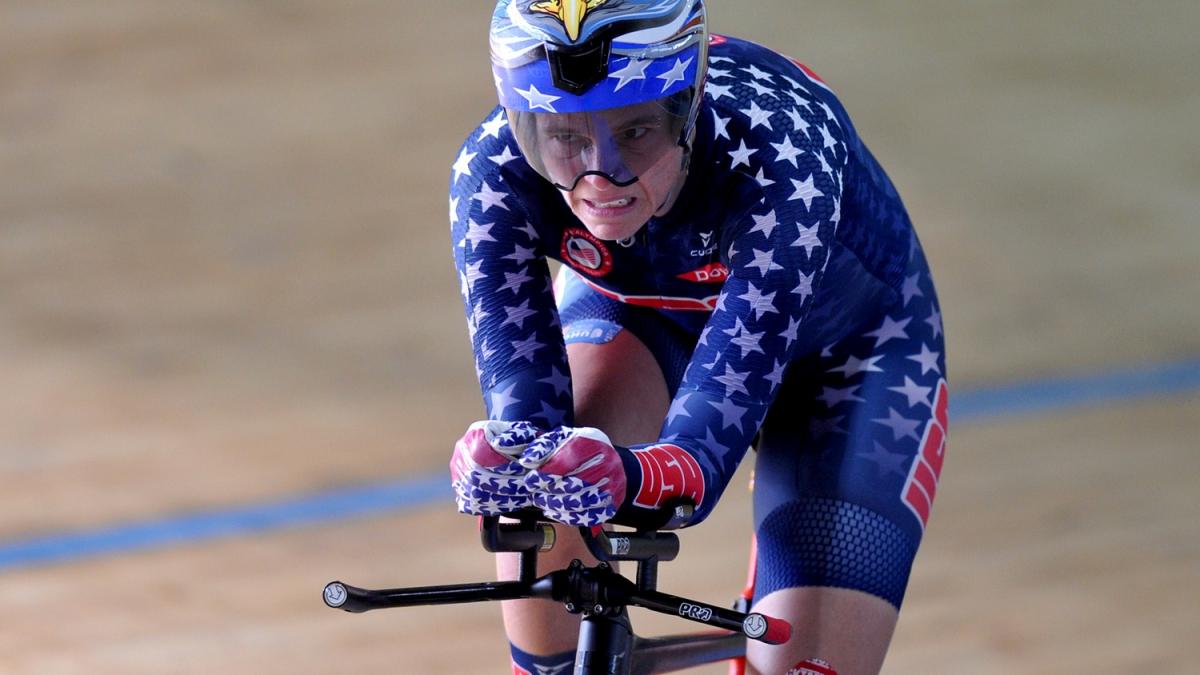 The USA's Shawn Morelli won a gold medal and broke the world record in the women's C4 pursuit on the penultimate day of the 2016 UCI Para-Cycling Track World Championships on Saturday (19 March) in Montichiari, Italy.

In the gold medal final, Morelli recorded a time of 3:55.006, smashing the mark of 3:56.135 that had previously been set by Australian Susan Powell, her opponent in the final. Another Australian, Alexandra Lisney, completed the podium after overcoming the USA's Megan Fisher in the bronze medal ride.

"I never thought I would break the world record! It's a big surprise, I rode faster than expected. I'm just happy that I could hold on until the end," said the new world champion. This was Morelli's first world title on the track, complementing the three that she has already won on the road, including two last year at the World Championships in Nottwil, Switzerland.

Morelli praised her opponent in the final: "Susan is a fantastic competitor and I was very keen to ride against her. She pushed me to my limit and it was great to compete against an athlete of this level."

Slovakia's Josef Metelka pulverised his own two-year-old world record of 4:30.806 secs in the qualifying round of the men's C4 pursuit, setting a new best of 4:26.924 secs. Metelka then defeated the Australian Kyle Bridgwood in the gold medal final. Russia's Sergey Pudov won the bronze.

In the C5 class of the same event, Michael Gallagher got the better of Alistair Donohoe in an all-Australian final. The bronze went to Ukrainian Yehor Dementyev.

Harkowska returned to the podium a few hours later, and this time to the top step. In the C4-C5 scratch race she dropped her main rivals and took a lap on the bunch. Sarah Storey took silver and Argentina's Mariela Analia Delgado bronze.

A medal of each colour for Dutch tandems

Although the British duo of Neil Fachie and Peter Mitchell (pilot) did not beat their world record of 59.460 seconds in the tandem kilometre, their time of 1:00.633 secs was sufficient to see off the Dutch pairings of Tristan Bangma and Teun Mulder (pilot) and Stephen De Vries and Patrick Bos (pilot).

In the women's event, the Dutch pair of Larissa Klaassen and Haliegh Dolman (pilot) were fastest. The British team of Sophie Thornhill and Helen Scott (pilot) and Australia's Jessica Gallagher and Madison Janssen (pilot) secured silver and bronze respectively.

Sunday (20 March) is the last day of competition at the UCI Para-Cycling Track World Championships. The racing will be broadcast live from 15:30 to 16:45 (GMT) on the Italian channel RAI Sport 2. 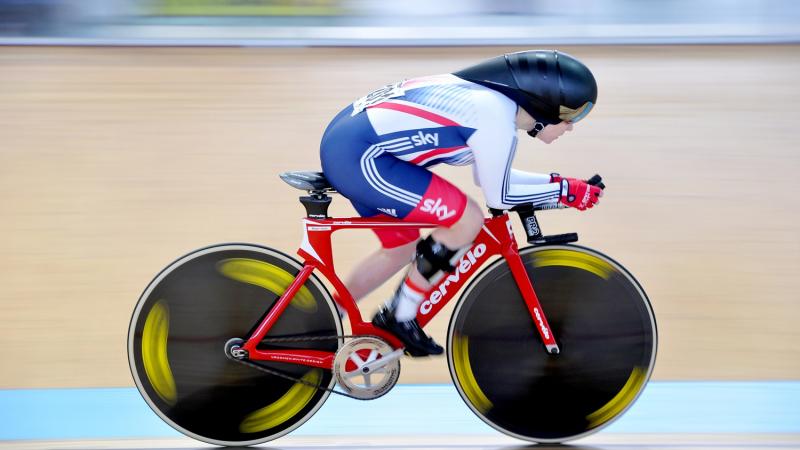 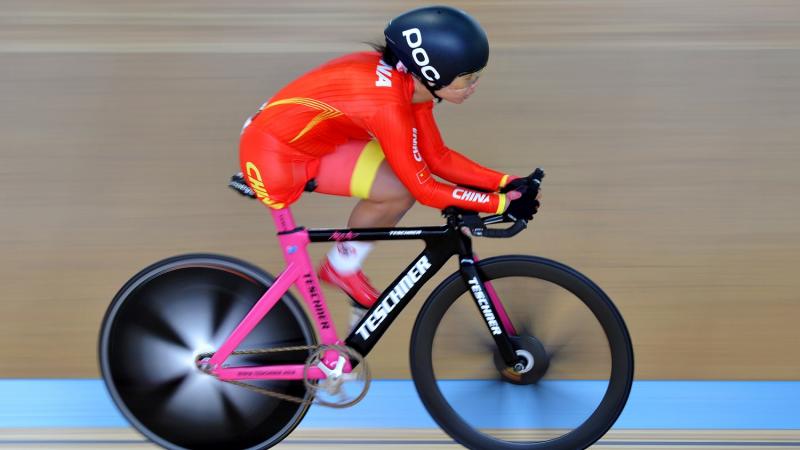 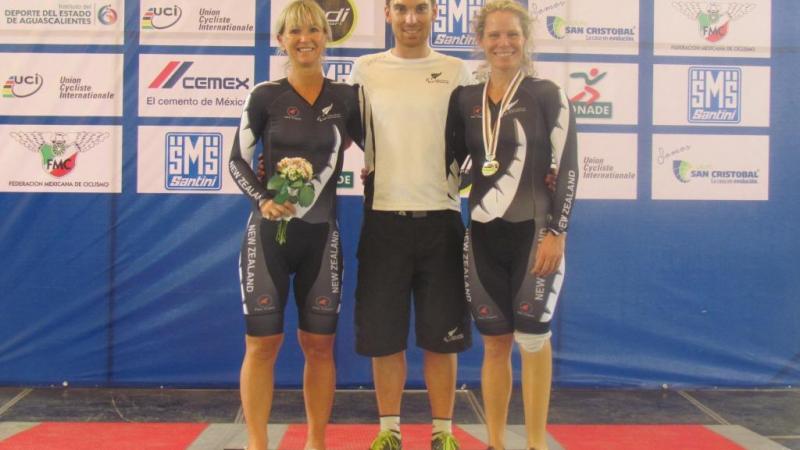 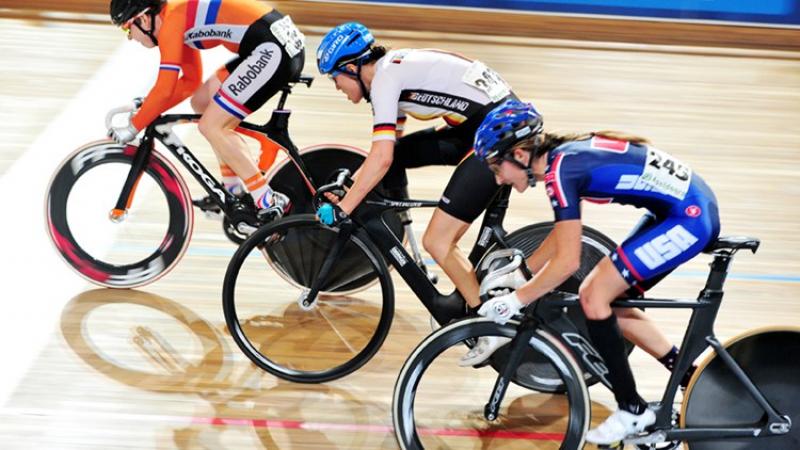