Para triathlon season to kick off in Sarasota 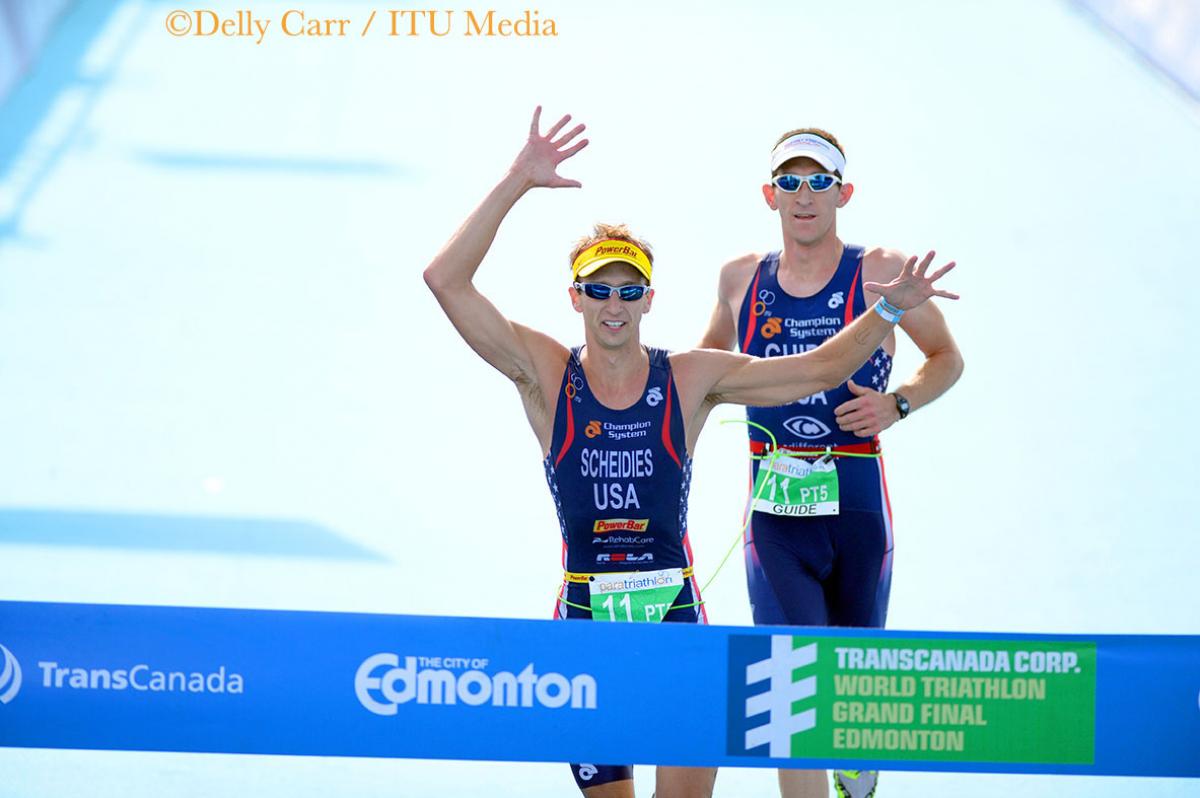 Aaron Scheidies crosses the finish line with his guide at a race in Edmonton.
ⒸDelly Carr/ITF
By IPC

The Para triathlon season gets underway with the 2017 Sarasota CAMTRI Para Triathlon American Championships on Saturday (11 March) in Florida.

Around 40 athletes will compete, with the USA’s Rio 2016 champions Grace Norman and Allysa Seely both set to race for the first time since September’s Games.

Norman captured the women’s PT4 gold medal in the sport’s Paralympic debut. With a new classification format, Norman will be the one to beat in the women’s PTS5.

Seely concluded an outstanding 2016 season with gold at Rio 2016 in the women’s PT2. The event saw the USA sweep the podium, and also returning from that race is Hailey Danz. The Paralympic silver medallist will battle with compatriot Seely for the top of the women’s PTS2 podium.

After just missing out on a medal in the men’s PT2 at Rio 2016, the USA’s Mark Barr would look to start the season strong. He won the 2016 edition, but is expected to be challenged by Morocco’s Mohamed Lahna, who spoiled Barr’s podium hopes that September.

The USA’s Aaron Scheidies returns to the course, looking to defend his win from 2016. The reigning PT5 world champion will be the one to watch in the men’s PTVI.

Taekwondo
Ones to watch for 2017 for taekwondo and triathlon announced