The winner will be announced on 14 February at a glittering awards ceremony in Monaco. 11 Jan 2017
Imagen 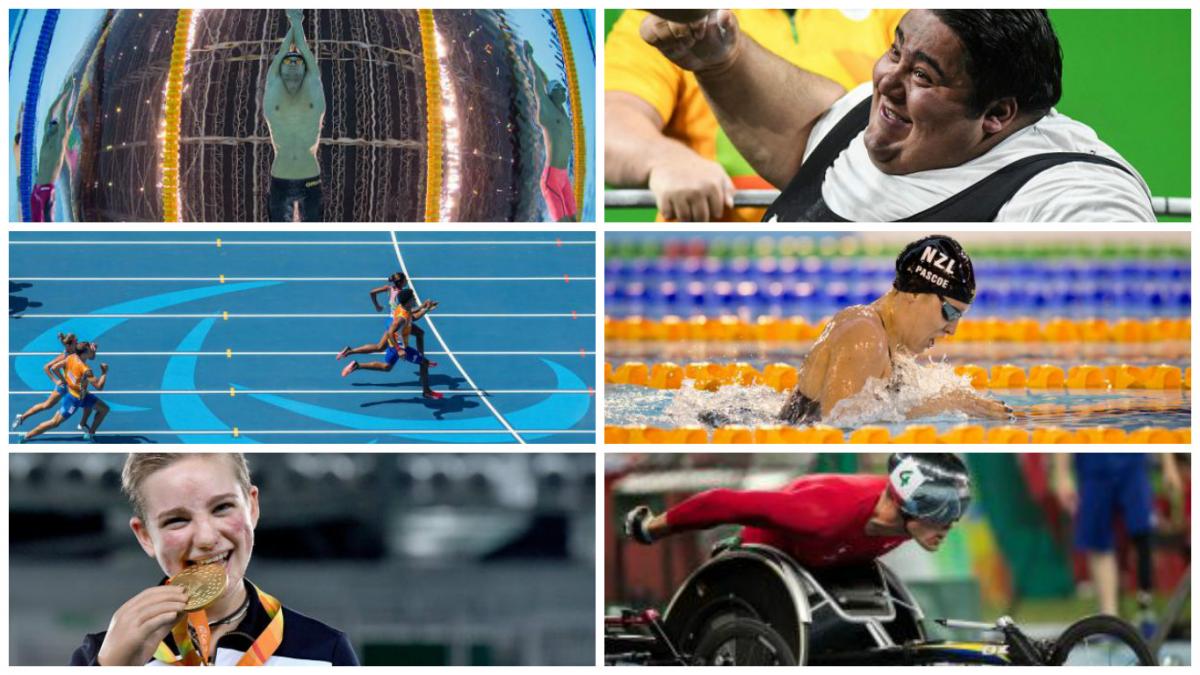 Six Paralympians have been shortlisted for the prestigious 2017 Laureus Sportsperson of the Year with a Disability Award.

ⒸIPC
By IPC and Laureus

Six Paralympians who, between them, won 22 medals at the Rio 2016 Paralympic Games have been shortlisted for the prestigious 2017 Laureus Sportsperson of the Year with a Disability Award.

This shortlist includes Belarussian S13 swimmer Ihar Boki who left Rio 2016 as the most decorated athlete after winning six golds and one bronze medal. Boki is joined on the shortlist by fellow swimmer Sophie Pascoe who won three gold and two silvers in Rio to become New Zealand’s most successful Paralympian of all-time.

The Swiss “Silver Bullet” Marcel Hug is also shortlisted after winning his first Paralympic titles in Rio and then going on to become the first man to complete the marathon Grand Slam after wins in Boston, London, Chicago and New York.

The sixth nominee is Italian teenager Beatrice Vio who on her Paralympic debut in wheelchair fencing won individual gold and team bronze.

The shortlist was decided by the IPC Governing Board following nominations from IPC members. The winner will be decided by members of the Laureus World Sports Academy and announced on 14 February at a glittering awards ceremony in Monte Carlo, Monaco.

The six shortlisted athletes are:

The S13 swimmer finished Rio 2016 as the most decorated athlete after winning six gold medals and a bronze.

His demanding programme of 14 races, including heats and finals, in nine days saw him top the podium in the 50m, 100 and 400m freestyle, 100m backstroke, 100m butterfly and 200m individual medley. The bronze came in the 100m breaststroke.

Along the way he broke the world record in the 100m butterfly and men’s 100m backstroke events and lowered the Paralympic record in eight of his other races.

The T12 athlete firmly established herself as the world’s fastest female Paralympian wining Rio 2016 gold in the 100m, 200m and 400m. In the 100m she lowered the Paralympic record twice on her way to the final where she eventually clocked 11.40 seconds to break her own world record. Over 200m she lowered the Paralympic record in the heats and final, running 23.05 to take the gold. In the 400m semi-finals she lowered the world record to 52.90 before running a staggering 51.77 in the final to take her third gold in as many events.

Hug had a year to remember in 2016 winning his first two Paralympic titles and becoming the first man to complete the marathon Grand Slam.

In his fourth Paralympic Games, and after multiple attempts, he finally won gold not once, but twice winning the 800m and marathon T54 events. In Rio he also won silver in the 1,500m and 5,000m.

Pascoe contested five swimming events in five days in Rio winning three gold and two silver medals. Along the way she set one world and three Paralympic records. Her best performance came in the 200m individual medley SM10 an event she won for the third Games in a row. Her world record time of 2:24.90 was six seconds ahead of her nearest rival.

Her performances in Rio saw her enter the record books as New Zealand’s most decorated Paralympian with nine gold and five silver medals.

Rahman produced arguably the best performance of Rio 2016 when he lifted a world record 310kg to take gold in the men’s over 100kg powerlifting event. In becoming the first Paralympian to lift over 300kg, Rahman made global headlines for Paralympic sport. His final lift of 310kg was the equivalent of lifting a large Siberian tiger.

Earlier in the year, Rahman had broken his own world record by 1kg with a lift of 296kg at the 7th Fazza 2016 IPC Powerlifting World Cup.

At London 2012, Vio was a 15-year-old torchbearer representing future Paralympians. In Rio she achieved her dream of not just competing in the Games but also making the podium twice.

In 2015/2016, following 11 undefeated IWAS Wheelchair Fencing World Cups, Vio qualified for Rio 2016 as the highest ranked fencer in her category. In Rio, she came out of the pool stage undefeated, winning her five bouts on 5–0. The final saw her beat China's Jingjing Zhou to earn the Paralympic gold. She also led the Italian team to a bronze medal victory in what was to become known as one of Rio 2016’s most memorable celebrations.