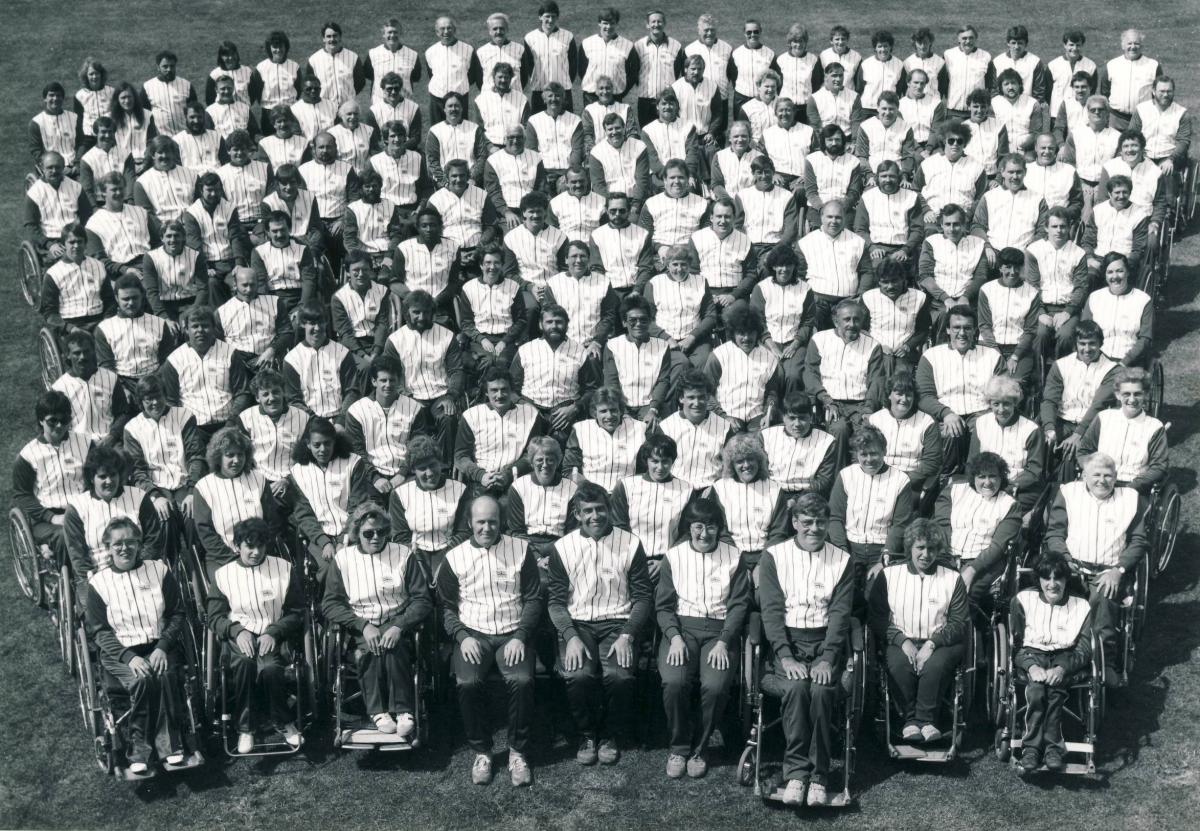 John Clark (second row in the back; fourth from the right) as part of Great Britain's team for the 1984 Paralympics

He competed in swimming and wheelchair fencing at the Paralympic Games but it was in the latter that he achieved more success. Clark first took bronze as part of the men’s epee team at Heidelberg 1972.

He was also a wheelchair basketball player and a stalwart for the Thistle Wheelchair Basketball Club based in Edinburgh and was an active member of Scottish Disability Sport.

Apart from being a tough competitor on the court, Clark was an outstanding role model for young athletes and always supported new athletes in all sports with a caring approach.