Natalia Partyka of Poland showed why she is the best in the world, wrapping up her third Paralympic table tennis gold. 03 Sep 2012
Imagen 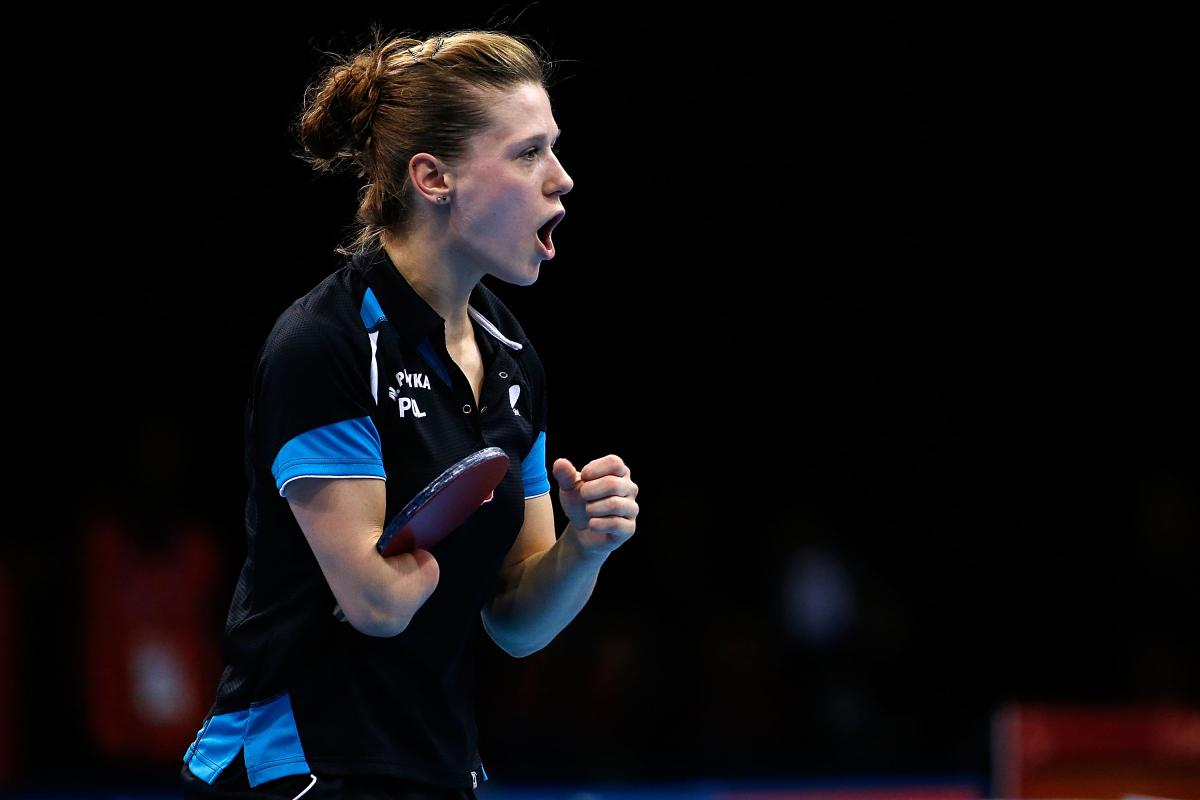 "It was so close, I was so nervous, I was shaking. The Chinese girl surprised me with her good game."

The final table tennis match of the night on Monday (3 September) featured table tennis hero Natalia Partyka of Poland, both an Olympian and Paralympian for the second time this year.

Partyka, who exuded confidence as her class 10 singles final match against China’s Yang Qian began, wrapped up a third consecutive Paralympic gold with a 3-2 victory at the ExCeL.

"I'm very happy that I won, it was not easy,” Partyka said. “Everybody wanted to beat me and there was a lot of pressure. I tried my best.

"It was so close, I was so nervous, I was shaking. The Chinese girl surprised me with her good game."

The small contingent of Polish fans did not let their numbers effect the presence they had in the room, as they stomped their feet between every to guide Partyka to an 11-5 victory in the first set.

But world No. 1 Partyka’s complacency perhaps got the better of her at some points of the match, going for overly complex returns when quick simple shots would have sufficed. As the points entered double figures, the Pole let her discipline slide further and dropped her first game of her London 2012 campaign by a score of 13-11.

The third set continued in much the same way, with Partyka dropping 3 points before responding. Despite a few uncharacteristic errors, Partyka was able to pull it back to win the set, 11 – 9.

Yang shot out of the blocks then to take the fourth set 11-7, but then the champion she is, Partyka shot back to win the final game and Paralympic title with an 11-4 final set.

"It has been a really good year for me, now I'm thinking about Rio,” Partyka said after the match. “To win a medal at the Olympics is now my dream. I want to achieve the same at the Olympics as I did at the Paralympics."