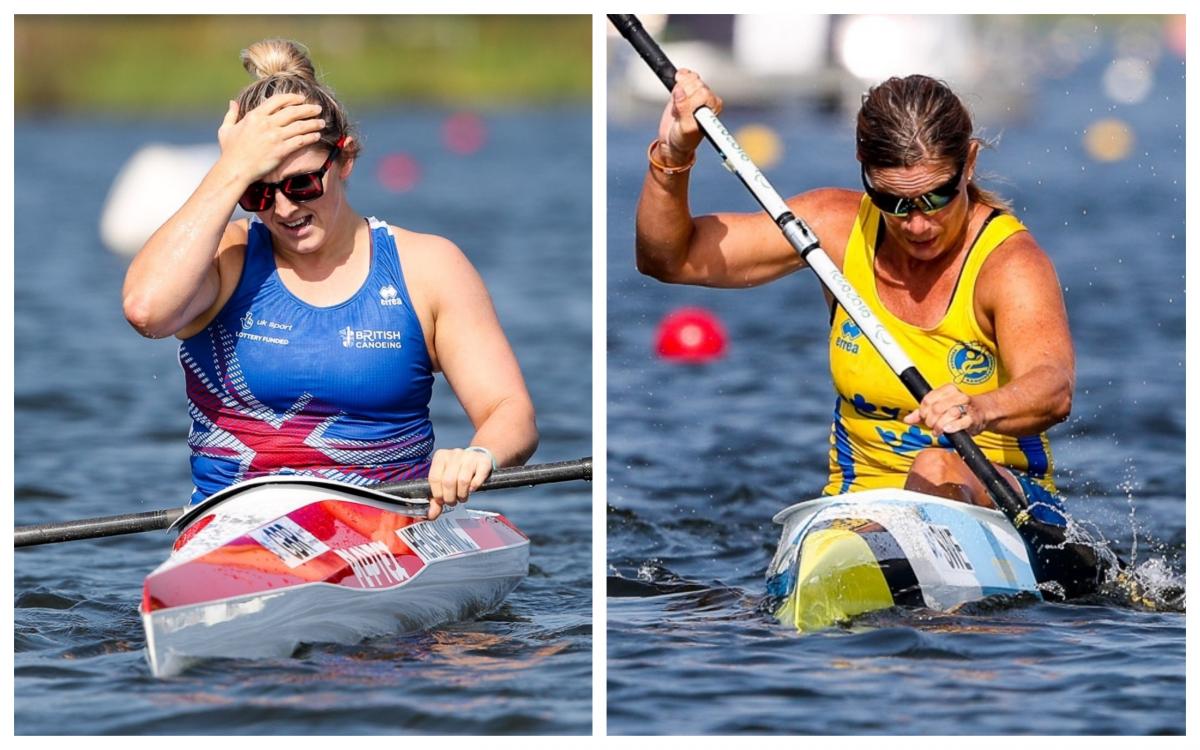 Charlotte Henshaw (L) and Helena Ripa made history at Portugal 2018

Great Britain’s Charlotte Henshaw won her world title less than two years after deciding to switch from a successful Paralympic swimming career to canoeing, while Sweden’s Helene Ripa triumphed after a career which included a Paralympic gold medal in cross-country skiing.

Henshaw caused a major shock by beating teammate, and current Paralympic, world and European champion, Emma Wiggs, in a tight finish to the KL2 at the Montemor-o-Velho course.

In another upset, Sweden’s Helene Ripa pipped reigning world champion Amanda Reynolds of Australia in the final of the women’s KL3 to win her first world title.

Henshaw came to Para canoe in December of 2016, after winning silver and bronze as a Paralympic swimmer.

“I’ve been waiting for this for a long time, I never managed to do it as a swimmer, so this is pretty special,” Henshaw said.”

“I really think there is something to being comfortable with the water, and to understand and be confident with the movement through water and on water, and I think that has helped me out.

“There’s an incredible team back in the UK who have guided me through that transition from swimming to kayaking, and it seems to be working.”

Ripa’s Para athlete career began in 1992 when she competed as a swimmer at the Barcelona Paralympics. She won gold and silver in cross-country skiing at the Sochi 2014 Winter Games, and then competed in 2016 in Rio in Para canoe.

The 46-year-old struggled to hold back tears after winning Thursday’s world title.

“It means a lot to me because this is another step on the road to Tokyo, and this medal shows that I am on the right track,” Ripa said.

“I changed sport about two years ago, and I think I made the right choice. This is a real challenge for me, and I still want to know how good I can get.

“The transition has been easier than I thought because you need a strong upper body for both. But it’s still hard, and it’s a very different kind of training.”

Only Italy’s Estaban Farias was able to defend his crown at the World Championships, winning the men’s KL1 gold ahead of Paralympic silver medallist, Robert Suba of Hungary.

Farias led from start to finish, holding out Suba in a time of 49.796, with Brazil’s Luis Silva third.

“This was the hardest race for me,” Farias said.

“The wind made it really difficult, so I am very glad to have won again.”

The 2018 ICF Paracanoe World Championships continue in Portugal on Friday.