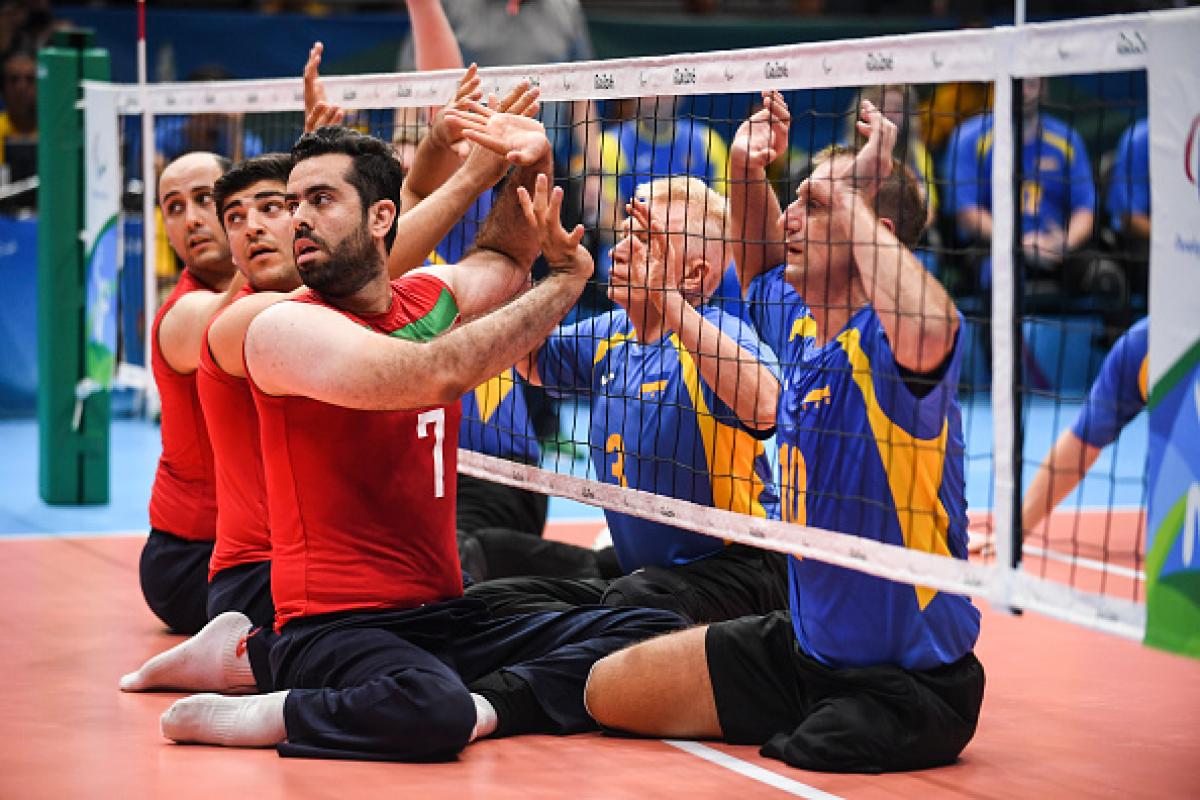 Sadegh Bigdeli of Iran, Petro Ostrynskyi and Sergii Shevchenko of Ukraine compete during Mens Sitting Volleyball match between Iran and Ukraine at the Rio 2016 Paralympic Games.

World ParaVolley released the qualification criteria for the 2018 Sitting Volleyball World Championships, set to take place in various cities of the Netherlands, in July 2018.

A total of 16 men’s and 16 women’s teams will compete in the sport’s biggest event outside of the Paralympic Games. The Netherlands and Japan, host of the 2020 Paralympics, have a spot secured at both events.

The Iranian men’s and US women’s teams, who both won gold at Rio 2016, will participate in the World Championships.

This year’s European, Pan American, Asia-Oceanian and African champions, the three best teams from the world rankings as of 1 January 2018 and the winner of the 2018 Qualification Tournament will also book a place in the Netherlands.

Full story can be found on World ParaVolley’s website.