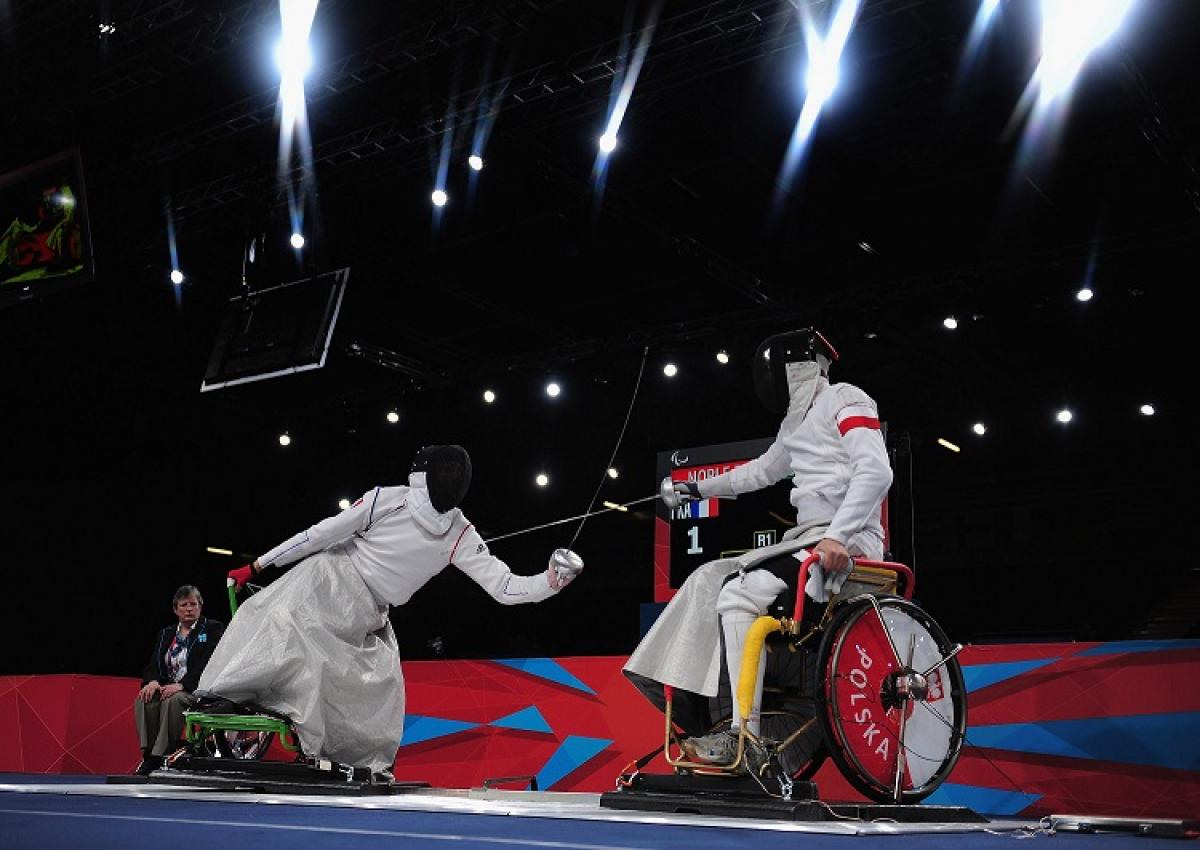 Laurent Francois is the reigning Paralympic champion, but it’s questionable how the 44 year-old will fair Beijing 2008 Paralympic Games against younger and faster opponents.

Thursday (6 September) signals the start of the exclusive men’s competition: the sabre class.

Romain Noble is the world number one and second seed for category A, but his preliminary matches in pool A are far from easy.

Noble is looking to bounce back from his epee final defeat yesterday. The Frenchman has a challenging preliminary round facing sixth seed Cheong Meng Chai of Hong Kong, and China’s silver medallist from Beijing, Tian Jianquan.

If he successfully makes his way out of the pool, his chances of gold are very good as the gold medallist from four years ago, Ye Ru Yi, surprisingly doesn’t get the chance to defend his title.

Instead Chen Yi Jun, who was beaten by Yi in the final of the foil competition on 4 September, has been given the chance to emulate his countryman’s Beijing success.

The Ukrainian fencers have shown good form so far in this year’s competition, and Anton Datsko is the one to beat in the category B competition.

The number one seed from Lviv surprisingly came away with a silver medal from the foil competition on Tuesday (4 September), but the sabre is his forte, and he’ll want to go one better.

Datsko has managed to avoid both the big French names in the preliminaries. Laurent Francois is the reigning Paralympic champion, but it’s questionable how the 44 year-old will fair four years on against younger and faster opponents.

The other big French name is number two seed Marc-Andre Cratere. Cratere, who crashed out of 5 September epee contest.

It is highly likely that we will see a whole different line-up of medal winners in category B to Beijing 2008. Laurent Francois is the only medallist competing again, but his chances of retaining the gold are slim.