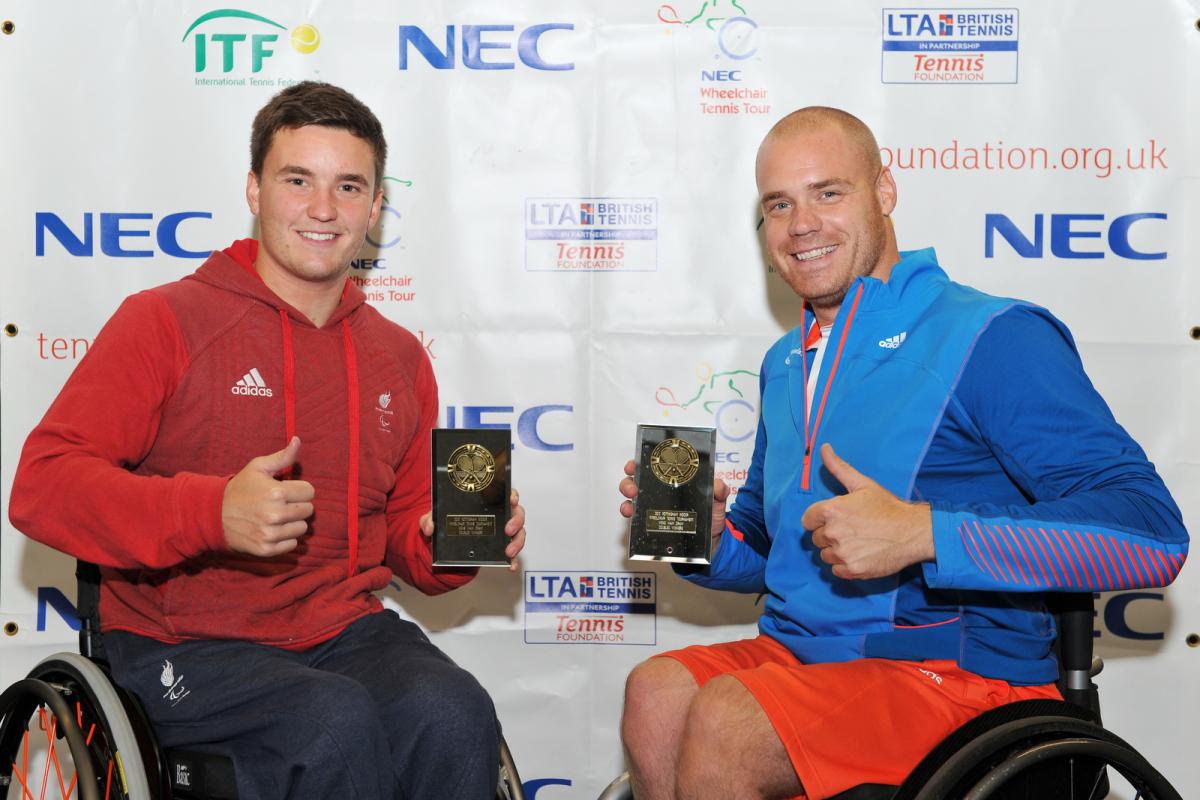 “Gordon has a game that I find pretty tough to play against, but today I started well and even when he came back in the second set I kept my composure to manage to win it in straight sets.”

Maikel Scheffers and Jiske Griffioen secured a Dutch double in the men's and women's singles competition at the Nottingham Indoor wheelchair tennis tournament on Sunday (28 October), the final ITF 2 Series event of this year.

In a rematch of the 2011 final, world No. 2 and top-seeded Scheffers avenged his loss to Great Britain's Gordon Reid from last year's three-hour marathon, as the Dutchman won 6-2, 6-4 to secure his third Nottingham Indoor title to add to his previous victories from 2007 and 2009.

“After last year I was expecting another tough match,” Scheffers told the ITF.

“Gordon has a game that I find pretty tough to play against, but today I started well and even when he came back in the second set I kept my composure to manage to win it in straight sets.”

Scheffers broke Reid's serve in the first two games of this year's title decider and the world No. 8 was only able to win the third and sixth games of the opening set.

However, Reid made a better start to the second set and won three games in a row to take a 3-1 lead, but with his serve letting him down at key moments Reid was unable to sustain his comeback and Scheffers went on to win five of the last six games.

Later in the day, Reid and Scheffers paired up to justify their top seeding in the men's doubles final, as they eased to a 6-1, 6-1 win over British second seeds Marc McCarroll and David Phillipson.

Griffioen, meanwhile, went into the women's singles final having won all six of her previous matches against world No. 3 and top seed Sabine Ellerbrock of Germany and added another title to her resume with a 4-6, 6-2, 6-2 victory.

At first, Ellerbrock looked like she might break that sequence as she started much the better and built a 4-1 lead en route to the first set.

After both winning their first three quad singles round-robin matches, top-seeded Lapthorne and second-seeded Antony Cotterill met to decide the quads title. World No. 4 Lapthorne built up an early lead and cruised to the 6-3, 6-1 victory. 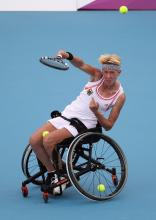 Sabine Ellerbrock plays a shot in her women's doubles quarter-final match on Day 6 of London 2012.