France will face Turkey and Spain will challenge Germany for a spot in the finals at IBSA’s football 5-a-side European Championships. 19 Jun 2013
Imagen 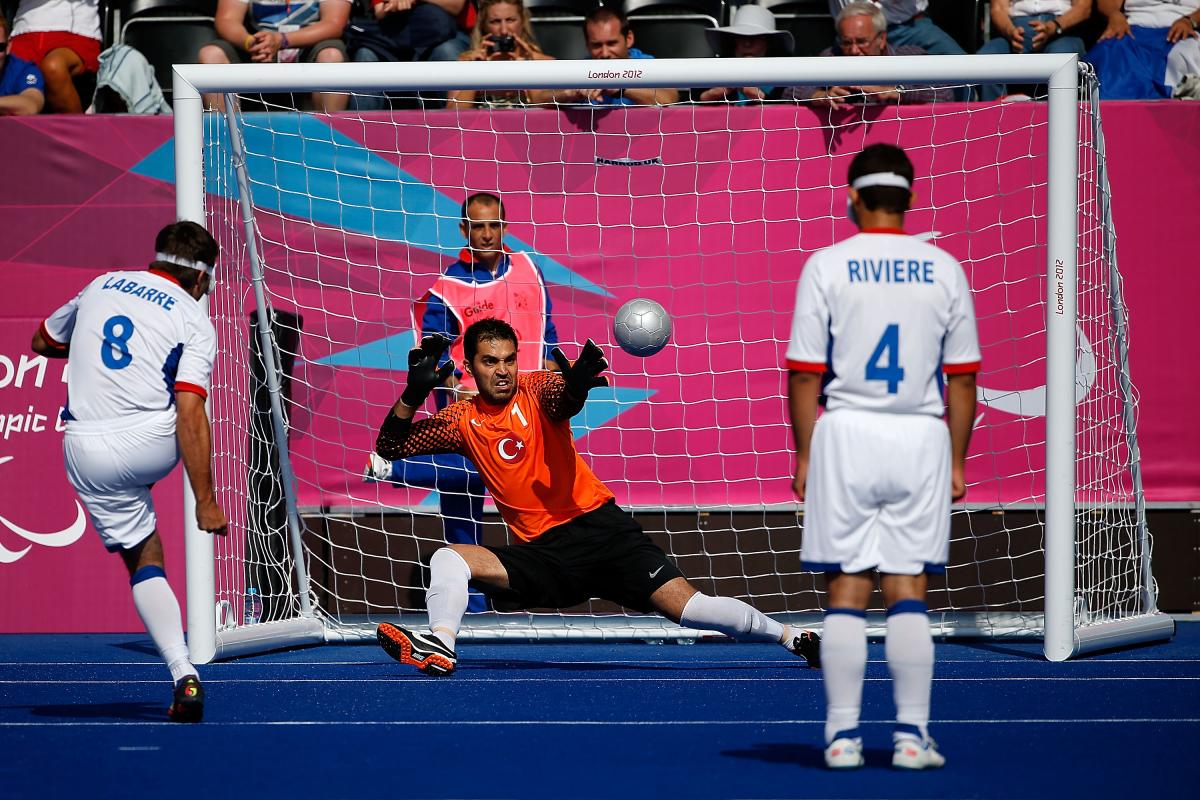 France, Spain, Germany and Turkey have all qualified for the semi-finals at IBSA’s football 5-a-side European Championships following the conclusion of the group stage on Monday (17 June).

France and Spain made it through Group 1 with seven and five points, respectively, leaving Greece and Russia to fight it out for one of the last four places.

In Group 2, Germany put on a surprising performance, topping the group with seven points, while Turkey finished only two points behind in second place. Great Britain finished a disappointing third with three points, followed by Italy in fourth with one point.

The semi-finals on Wednesday (19 June) will see France against Turkey and Spain against Germany.

Full results from the group stage: