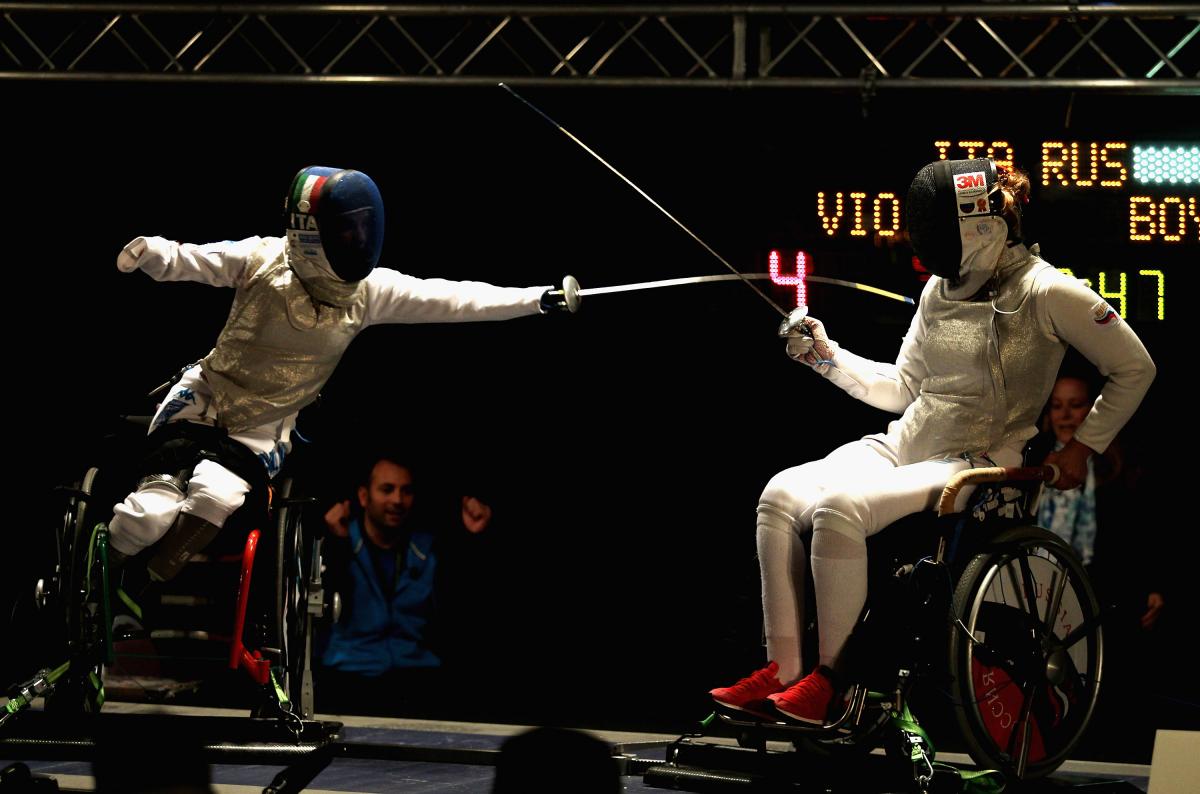 Wheelchair fencers from around the world will be out in force between 11-16 February for the first World Cup of 2019 as part of the International Wheelchair and Amputee Sports Federation (IWAS) World Games in Sharjah, United Arab Emirates.

Around 200 fencers from 25 countries will make the journey, including budding athletes who will compete in the under 17 and under 23 World Championships.

The World Cup competition will provide points towards the world rankings which determine qualification for the Tokyo 2020 Paralympic Games.

Live results will be available online throughout the competition.

A host of World No. 1s are keen to get their season underway.

That includes Italy’s world, Paralympic and European champion Beatrice Vio in the women’s foil category B. But the Italian is not unbeatable. In Sharjah she will face Russia’s* Liudmila Vasileva who defeated her at the final World Cup of 2018 in Kyoto, Japan.

Georgia’s Irma Khetsuriani is another face to look out for in the women’s category B, specifically the sabre. Khetsuriani is the world champion in the discipline and won an impressive five World Cup golds in 2018.

In the women’s sabre category A, China’s Haiyan Gu will be hoping to build on a successful Asian Championships debut where she won gold in Jakarta, Indonesia, in 2018. Gu appeared on the scene in 2017 and will hope to make her World Championships debut in Cheongju, South Korea, in September.

In the men’s, two British fencers headline the epee competitions.

Piers Gilliver and Dimitri Coutya are the respective world No.1s in the men’s category A and B.

Coutya also occupies the top spot in the foil and is reigning world champion in both weapons. In the epee, Brazil’s Jovane Guissone will try to challenge him as the world No.2.

Gilliver is competing off the back of his best ever World Cup season last year when he finished in the top three seven times.

Poland’s Adrian Castro won his first European sabre title in 2018, to follow on from his bronze at the Rio 2016 Paralympics. He will begin his campaign to regain his world title from 2015 in Sharjah.

Fencing begins on 11 February with the World Cup and is swiftly followed by the 2019 Under 12 and Under 23 World Championships from 14-16 February.

More than 500 athletes from 45 countries will compete at the IWAS World Games 2019 in archery, athletics, badminton, shooting, swimming, table tennis and wheelchair fencing.