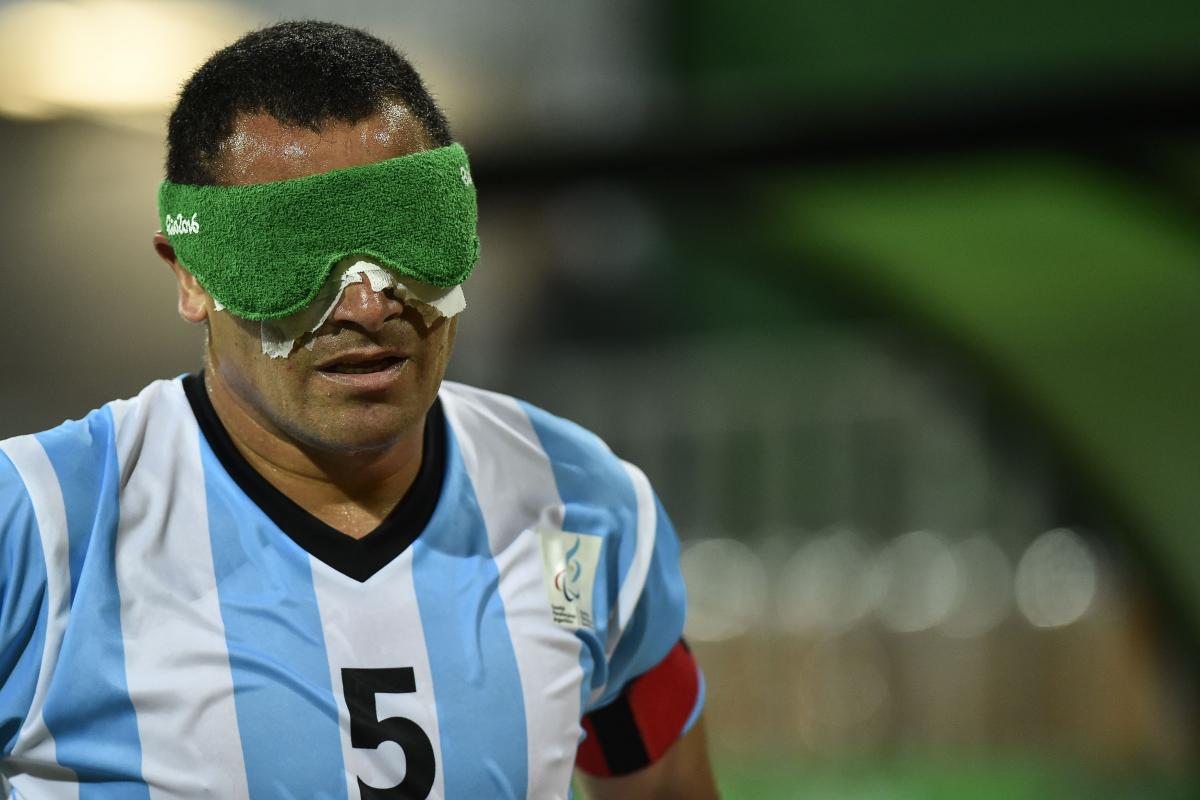 Silvio Velo led Argentina to their first major title since 2005

Still fresh from leading the Argentinian blind football team to its first title since 2005, Silvio Velo shared his expectations ahead of this year’s World Championships, to be held in Madrid, Spain, between 7 and 17 June.

Despite being widely considered as his country’s best blind footballer, the ‘Paralympic Maradona’ knows that he needs to keep working hard to be called up to the national team again.

“I am training with the same passion and attitude I was training 20 years ago,” he said.

“I cannot slow down, because the new generations are pushing hard.”

The Lima 2019 Parapan American Games and the Tokyo 2020 Paralympic Games are fast approaching, but Velo does not want to lose focus of his next big goal.

“My eyes are on Madrid. I want to be in the final list and try to bring the Worlds back to Argentina,” he said.

“We already know the toughest blind football teams, but there are others that have caught my attention as well. Colombia, England and the Asian teams have been very competitive over the last years. We need to keep working hard if we want to reach our goals.”

Last December, Argentina won the Copa America in Santiago de Chile after beating the all-conquering Brazilian team on penalties in the final.

“We knew it was going to be a very tough match because both teams know each other very well, but if we wanted to win, we had to run and fight harder than them.

“We proved they are beatable.”

Velo was later named December Allianz Athlete of the Month in recognition of his performance.

“We were all happy with the news. I know this distinction is for me, but it should be for the whole group. The effort is being made by all of us.”

Buenos Aires, Argentina, will stage the International Blind Sports Federation (IBSA) Under 23 World Championships from 7-16 April, which Velo sees as an opportunity to develop the grassroots.

“Argentina has been working really well with the new generations, not just with the youngsters, but also with the kids. The team representing us will be very competitive,” he said.

“There will be tough teams, and they need to know what is to compete at the highest level. I believe this tournament will help in their development as footballers and to the development of the national team.”