The Croatian city of Porec will stage the largest sitting volleyball event ever from 4-12 November 2017, with 16 countries competing. 03 May 2017
Imagen 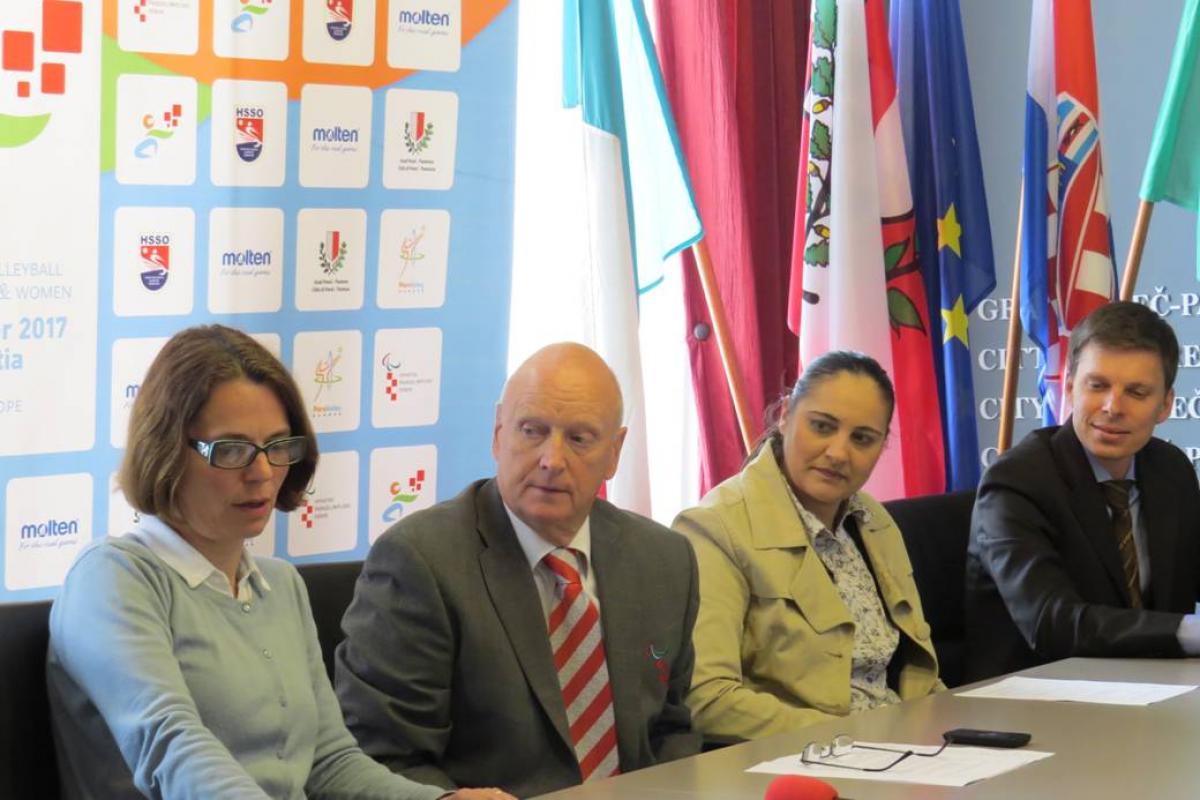 The Croatian city of Porec will host the 2017 ParaVolley Europe Sitting Volleyball Championships from 4-12 November.

The 2017 ParaVolley Europe Sitting Volleyball Championships were presented on 26 April during a ceremony held at the Veli Joze Sports Hall in Porec, Croatia, where the event will take place from 4-12 November.

Around 400 athletes and professional staff from 16 European countries are set to participate in which will become the largest sitting volleyball event ever.

Nadia Stifanic Dobrilovic, Mayor of Porec, said: “I am very pleased that the European Championships will be held in our town. Porec will be ready.

“We have staged numerous sporting events and believe we will make our visitors feel comfortable. We want the event to be a party and expect to witness many sporting success stories.”

“They are a great incentive to involve a larger number of people with impairment into sport. We hope the Paralympic spirit will son expand throughout our beautiful nation.”

Croatian Sitting Volleyball Association President Ivana Pavic said: “Through a new work plan and a series of international tournaments, we are trying to raise the level of our players so that we can be serious competitors for one of the medals in Porec.”

The first Paralympic School Day also took place as part of the announcement of the European Championships. Around 600 school-aged children listened to motivational lectures given by Croatian Para athletes and tried some Paralympic sports.

Bosnia and Herzegovina’s men and Ukraine’s women will start the event as defending champions.