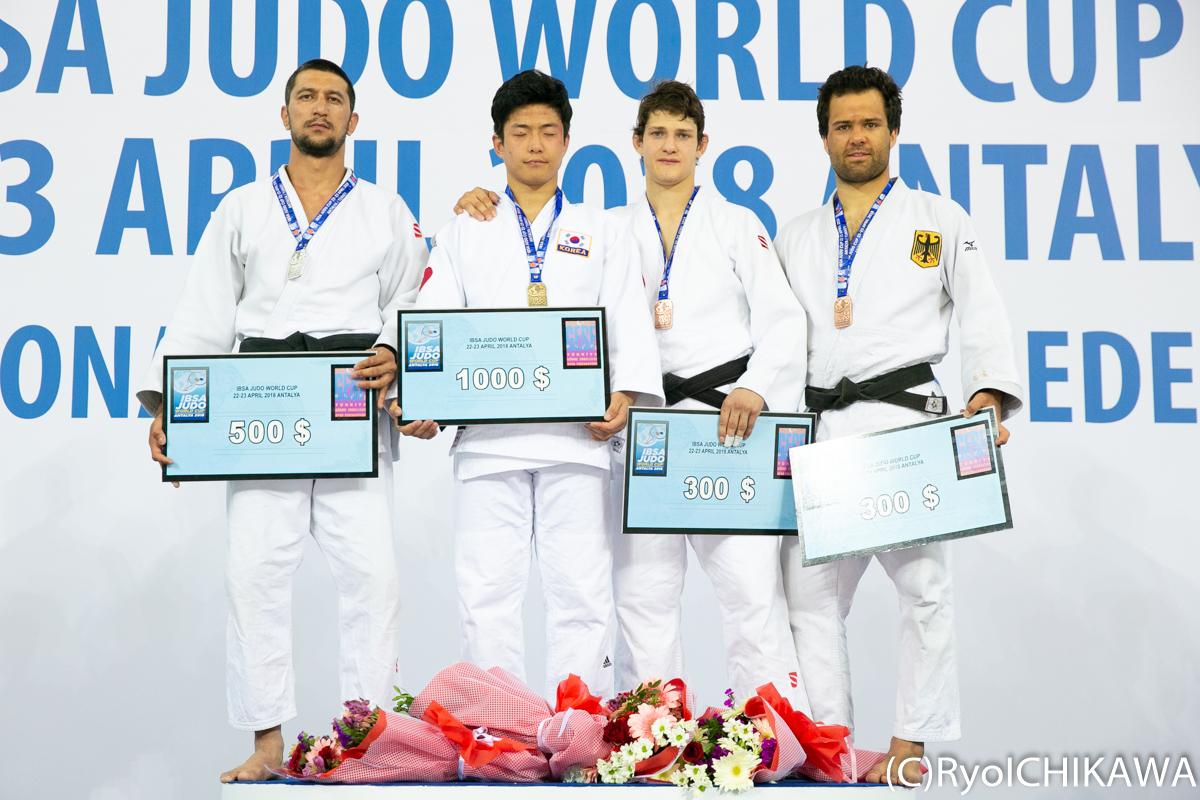 Five of those were top place finishes, with the men triumphing in three events.

Headlining the wins was Seungjung Yang in the men’s -73kg.

Yang turned heads beating Azerbaijan’s Paralympic and world champion Ramil Gasimov to secure himself a place in the final. He then beat Uzbekistan’s Feruz Sayidov for the title.

In the women’s, Song Li Jin was the victor in the women’s -63kg. Russia’s Olga Pozdnysheva was second.

Having won the women’s -52kg at the IBSA Judo Grand Prix in Tashkent, Uzbekistan, in October 2017 following a move down from the -57kg, Inna Cherniak was on top form once again.

Japan’s Junko Hirose, one of her country’s brightest hopes for Tokyo 2020 as a Paralympic bronze medallist from Rio 2016, won the women’s -57kg.