Southorn could focus on triathlon after cycling retirement

New Zealand para-cyclist Fiona Southorn has announced her retirement from cycling, but may turn her attentions to a new sport for Rio. 28 Oct 2014
Imagen 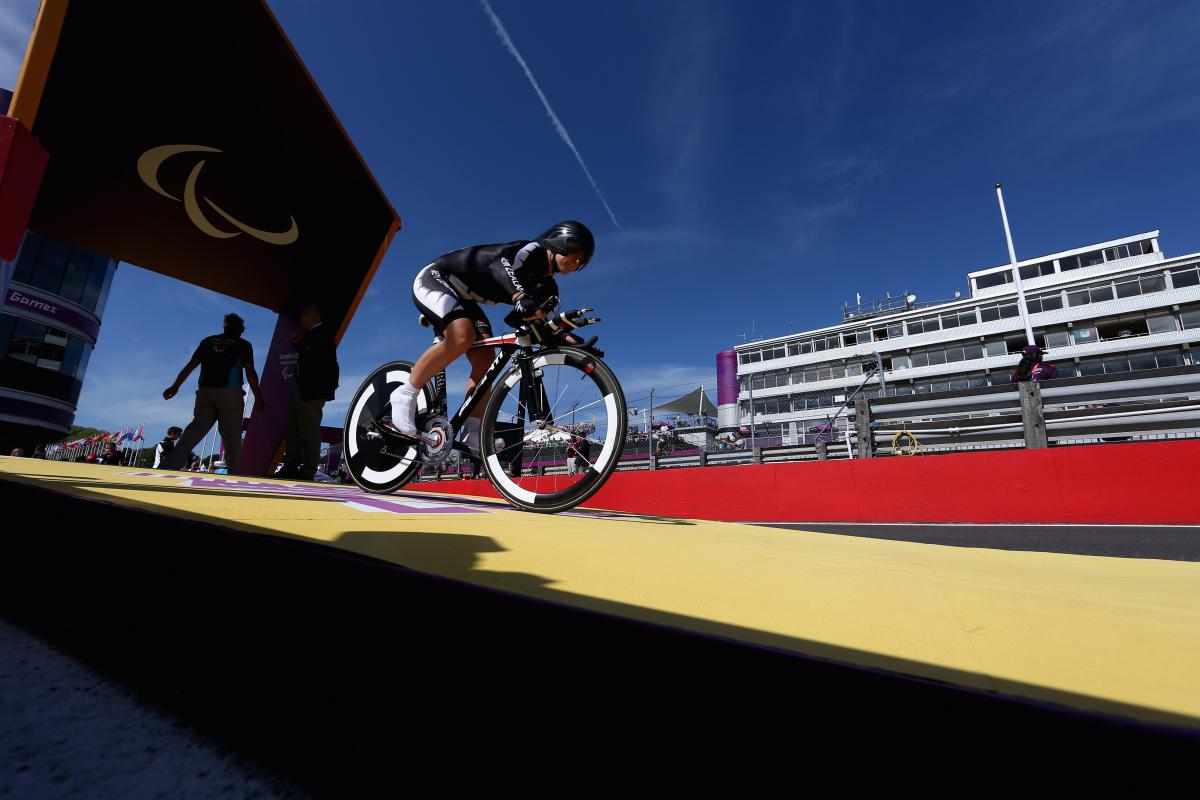 New Zealand's Fiona Southorn takes to the Brands Hatch course in the women's individual time trial at the London 2012 Games.

New Zealand’s London 2012 Paralympic bronze medallist Fiona Southorn has announced her retirement from international para-cycling, in a career that has spanned two decades.

However, with a fourth Paralympic Games never far from her mind, she is currently training and competing in triathlon and may not be lost to Paralympic sport with para-triathlon being introduced for the first time at the Rio 2016 Paralympic Games in Brazil.

Southorn is currently at the grass roots of this new sport and is participating for enjoyment and a change of code. However with her same drive and determination who knows what will unfold?

The 46-year-old is well known for winning bronze in the 3km pursuit at the London 2012 Paralympic Games. This was Southorn’s third consecutive Paralympic Games after appearing at Athens 2004 and Beijing 2008, and she was determined to win her elusive medal.

She placed fourth in the 3km pursuit at this year’s UCI Para-Cycling Track World Championships in Aguascalientes, Mexico, which proved to be her final international event before retirement.

Southorn started riding her bike as a means of transport for getting to and from work, before getting the cycling ‘bug’ and started club racing. This lead to her first international appearance where she won a silver medal at her first World Championships, before gold at the 2002 Oceania Para Cycling Track Championships.