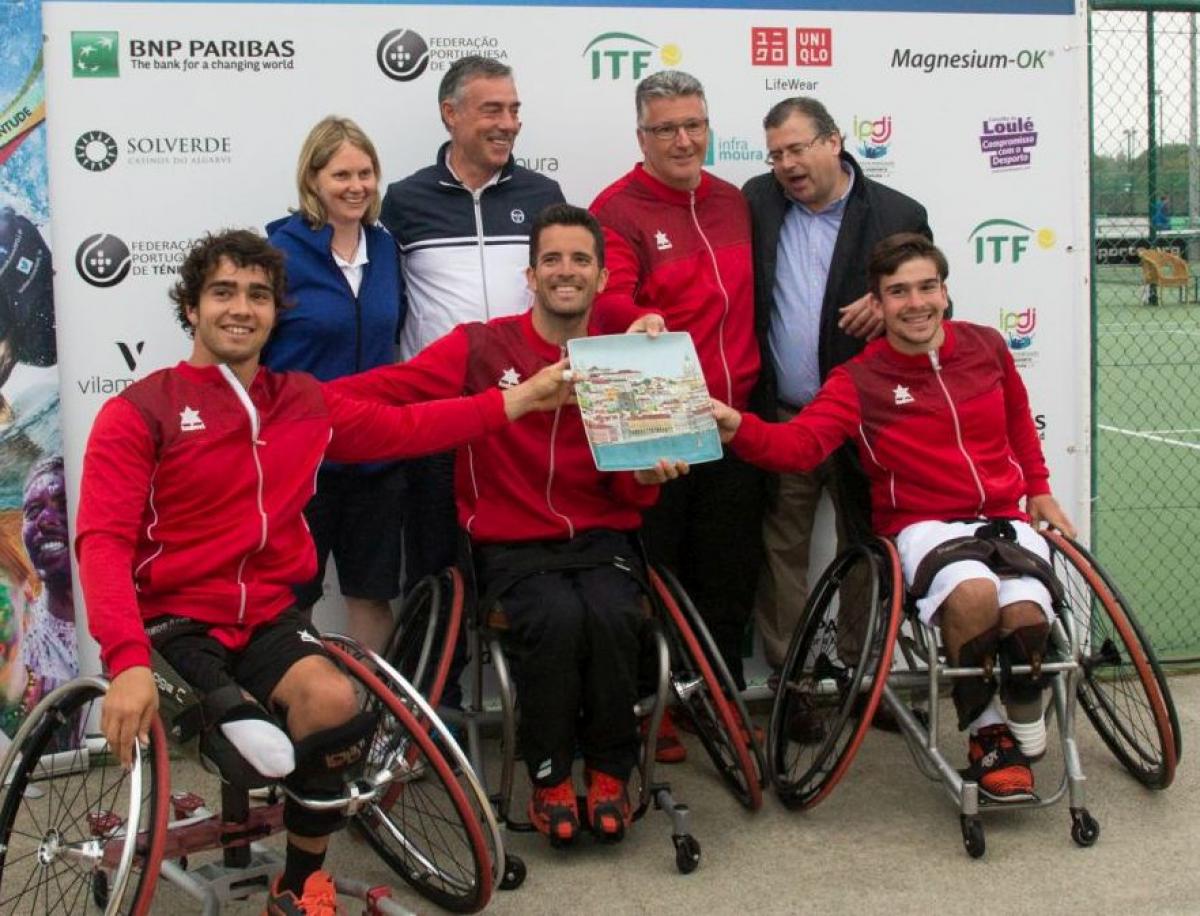 Spain’s wheelchair tennis players won the men’s event at the BNP Paribas World Team Cup European Qualification for the second time since 2014 in Vilamoura, Portugal, on Sunday (15 April). Great Britain also earned a dramatic late-night victory in the doubles rubber of the women’s decider after a rain-hit final day of play.

Both teams will now contest the men’s and women’s events at the wheelchair tennis 2018 World Team Cup finals in Apeldoorn, the Netherlands, between 28 May and 3 June.

Due to the delayed start to the day’s competition, both singles rubbers were played simultaneously on adjacent courts. World No. 19 Martin de la Puente beat Israel’s Guy Sasson 6-0, 6-3 and world No. 14 Daniel Caverzaschi achieved a 6-1, 6-1 win over Adam Berdichevsky.

Spain will go on to contest the men’s event at the World Team Cup finals for the 27th time.

In the final, British player and world No. 8 Lucy Shuker beat Russian No. 1 Viktoriia Lvova 6-3, 6-1, while Ludmila Bubnova defeated Louise Hunt 7-5, 6-3 to ensure a tense conclusion.

Further rain meant that the deciding doubles finished under floodlights shortly after midnight, with Hunt and Shuker holding off Lvova and Polina Shakirova 7-5, 6-1.

Great Britain will now contest the women’s event at the World Team Cup finals for the 26th time.