The Spanish football 5-a-side team won the IBSA European Championships with a victory over the French in the title game. 24 Jun 2013
Imagen 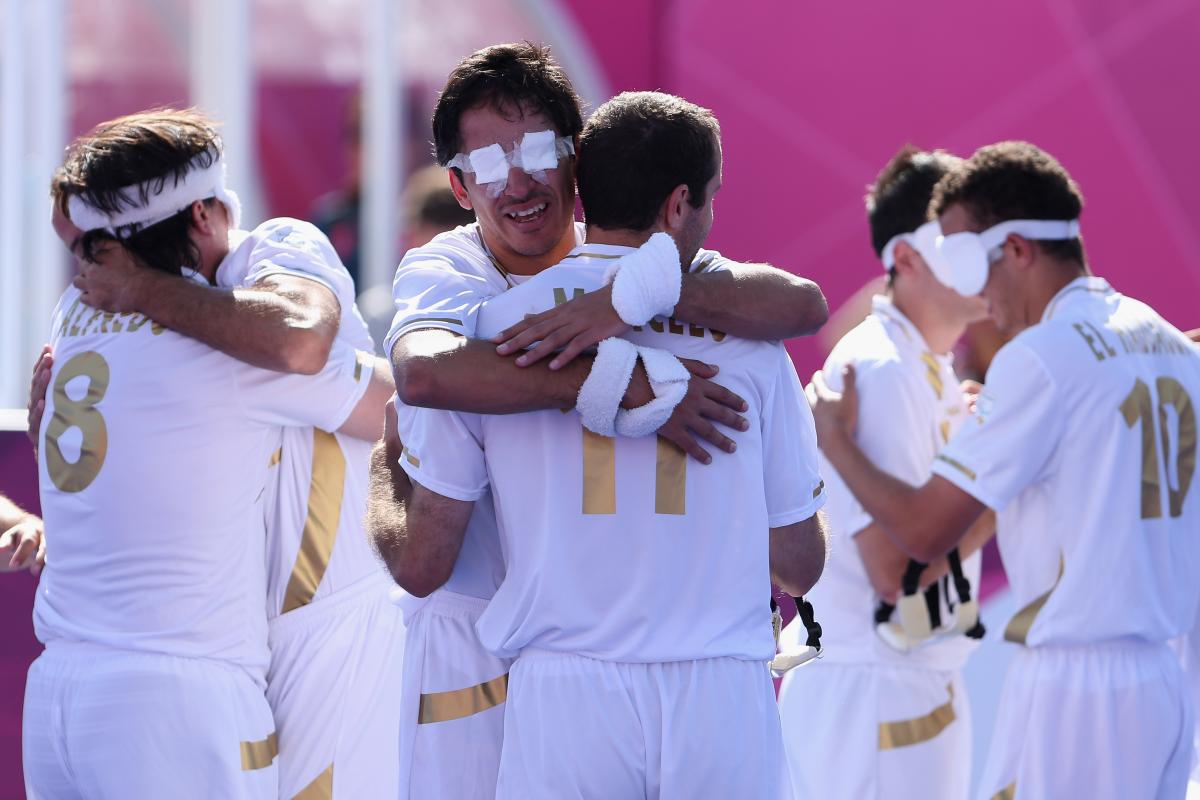 The Spanish team didn’t lose a single game in Loano, Italy and saw off the defending champions in the final thanks to a solitary goal from Vicente Aguilar.

Spain capped a successful campaign at the IBSA European Championships for football 5-a-side after a 1-0 victory over France during the weekend.

The Spanish team didn’t lose a single game in Loano, Italy and saw off the defending champions in the final thanks to a solitary goal from Vicente Aguilar.

His solo strike came minutes after halftime and was enough to ensure Spain, led by Jesus Bargueiras, would lift the trophy for a seventh time.

Both finalists had made solid starts to the championships, as France beat Greece 2-1 and Spain beat Russia 1-0.

On the opening day of Group B action, Turkey and Germany defeated Great Britain and Italy with solitary goals, in what turned into a disappointed tournament for the hosts.

Then came Spain’s only real falter, two dropped points after a 1-1 draw with Greece, while the French went marching on, seeing off Russia, 2-1.

The hosts then claimed their only point of the tournament, drawing 0-0 with Turkey, and Great Britain were narrowly beaten by old foes Germany, 2-1.

In the final round of group games, the eventual finalists went head-to-head, and the 0-0 draw was enough to see both progress ahead of Greece, despite their 1-0 defeat of Russia, who finished in last place with no points.

2010 hosts England avoided the same treatment when they beat Italy 3-1, but both crashed out as Turkey and Germany drew 2-2 and eased into the final four.

In the semi-finals, there was little to choose between the four teams on paper, as none had been defeated in the group stages.

However, France and Spain put in professional performances to beat Turkey and Germany respectively, by scores of 2-0.

For the final accolade of the tournament, Turkey claimed third place after beating Germany on penalty kicks.