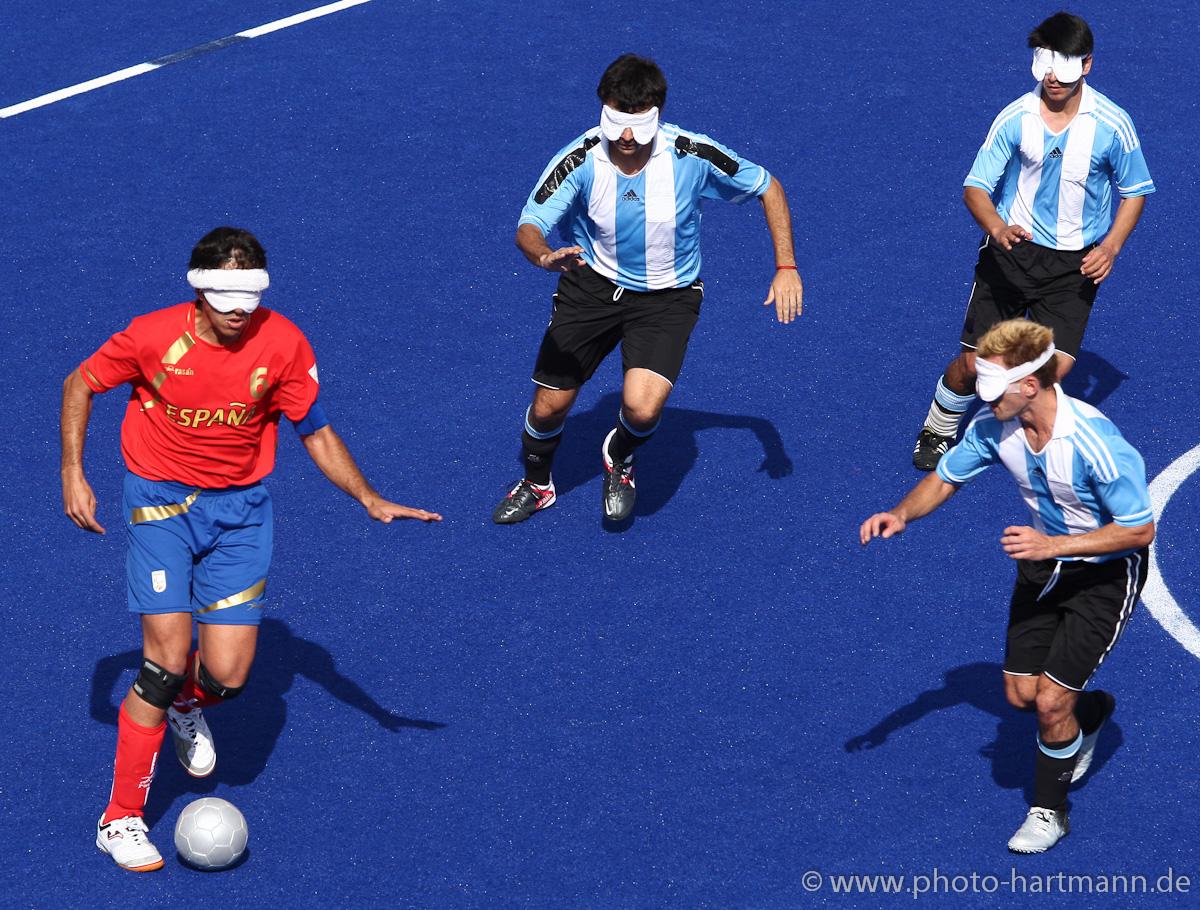 Adolfo Acosta Rodriguez of Spain goes up against three Argentina defenders at the London 2012 Paralympic Games
Ⓒwww.photo-hartmann.de
By Matt Morelli | For the IPC

“My main goal this year is to be physically fit for the European Championships, where the main objective is to qualify for the Paralympic Games in 2016.”

Spain’s two-time Paralympic bronze medallist and current European champion Adolfo Acosta has told paralympic.org that he and his team mates already have their eyes set on next year’s Paralympic Games in Rio de Janeiro, Brazil.

If Acosta and the Spanish team are to qualify for Rio 2016 however, they must first produce a convincing performance at the upcoming IBSA Football5-a-side European Championships in Hereford, Great Britain (22-29 August 2015).

“My main goal this year is to be physically fit for the European Championships, where the main objective is to qualify for the Paralympic Games in 2016,” the 33-year old said. “But we must go step-by-step and make sure our first step is good so that we reach the semi-finals with confidence.”

From the highs of winning bronze at London 2012 and becoming European champions in 2013, to the lows of not progressing from their group at last year’s IBSA World Championships in Tokyo, Japan, it has been a turbulent couple of years for Acosta and his Spanish cohorts. Thoughts of the past though appear to have been forgotten, with the focus firmly on what the future holds.

“At the moment we are working on our physicality in our respective home cities and playing in our league championship teams. We will have an important test during the IBSA World Games in May. There we will try to pick up the pace of international matches and we will watch our European opponents closely.”

Despite being the current European title holder, Acosta remains wary of his opponents ahead of August’s Championships. How Spain performs later this year will have a direct bearing on their qualification for Rio 2016.

“Our group at the European Championships is the same as the last championship with the inclusion of a new team, Belgium, of whom I know very little. It is a group of teams with very similar abilities. Anyone can get into the fight for the first two positions that give access to the semi-finals.”

“Blind football is evolving and is increasingly played in most countries. This is helping to push up the quality, meaning it is increasingly difficult to win games. Now any team can win and surprise you with their play.”

Despite the uncertainties, Acosta is still optimistic and believes Spain are still among the favourites for the European title. He is confident of progressing from Group B which also features France, Russia, Belgium and Greece.

“I think England as the host country and Spain as European champions are favourites. We train in order to always win and improve every day. The Paralympics are our goal, but we must think about qualifying at the European Championships first and then it will be our priority.”

The IBSA Blind Football European Championships in Hereford, Great Britain will take place between 22-29 August 2015. Ten teams will be competing in two groups with just four teams progressing to the semi-finals. 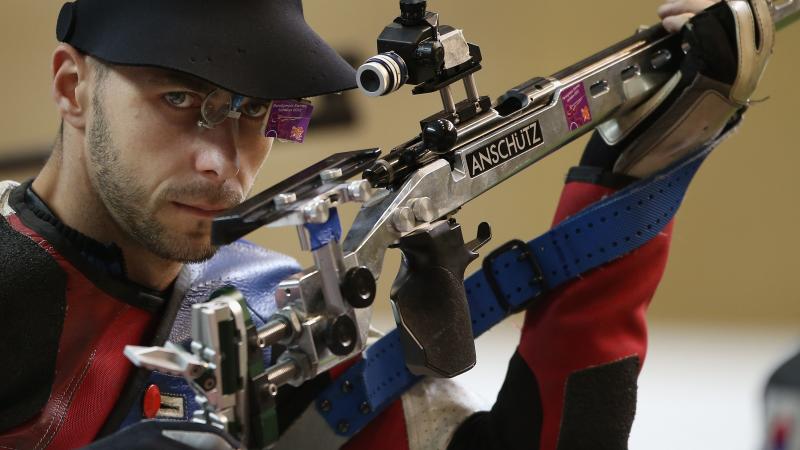