In Dubai, UAE, Alvaro Valera and Sandra Paovic were named the male and female para-table tennis stars for 2014. 08 Jan 2015
Imagen 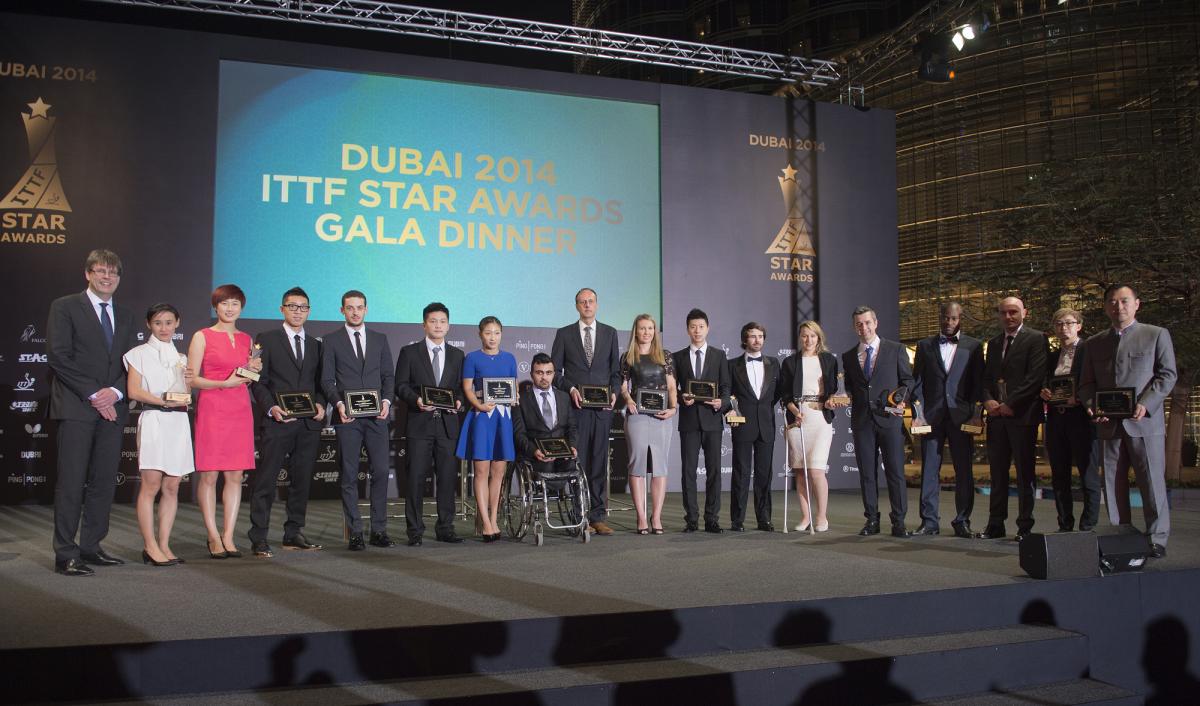 The winners of the 2014 ITTF Star Awards.
ⒸITTF
By ITTF

World number one in the men’s Class 6, Valera had an extremely successful 2014. The 28-year-old won the world title in his single’s class and also claimed gold in the men’s team event.

A video of Valera’s achievements can be found here.

A video of Paovic in action can be found here.

"I am happy and proud to win this big award tonight. It's really great to be back in table tennis again!" shared the 31-year old Croatian who successfully made her return to the table tennis scene after her life threatening crash in 2009.

Seven awards were handed out at the awards, which took place at the base of the world's tallest building, to recognise the achievements of athletes and coaches in 2014.