Athletes with visual impairment are eligible to compete in judo. 31 May 2016
Imagen 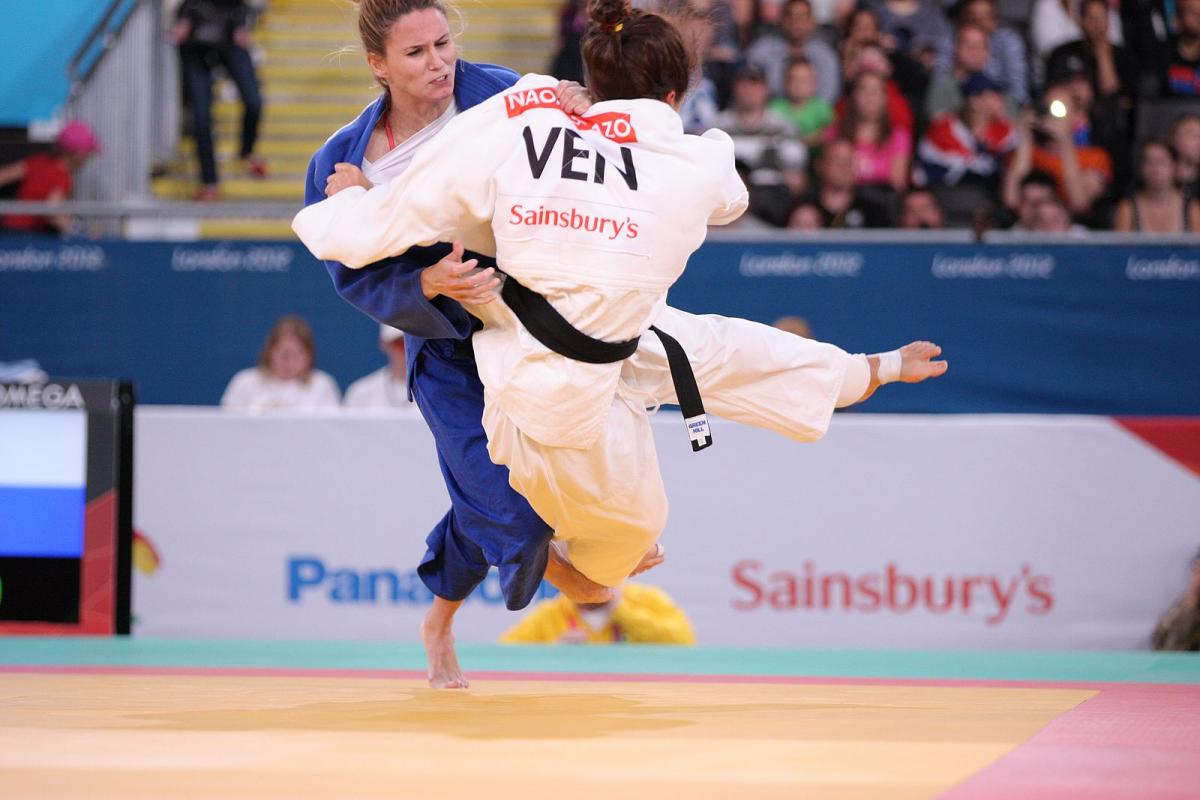 Daniele Bernardes Milan, Brazil, competing in the women's -63kg class in judo at the London 2012 Paralympic Games.
Ⓒwww.photo-hartmann.de
By IPC

Judokas are divided into weight divisions, in which they compete together with varying degrees of visual impairment ranging from the B1-B3 sport classes.

B1: These athletes have a very low visual acuity and/or no light perception.

B2: Athletes with a B2 sport class have a higher visual acuity than athletes competing in the B1 sport class and/or a visual field of less than five degrees radius.

B3: Athletes with a B3 (or equivalent) sport class have the least severe visual impairment eligible for Paralympic sport. They have the highest visual acuity and/or a visual field of less than 20 degrees radius. 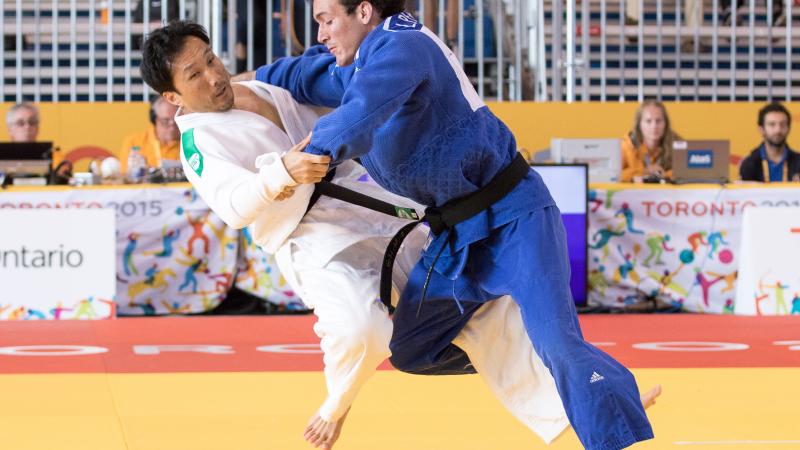