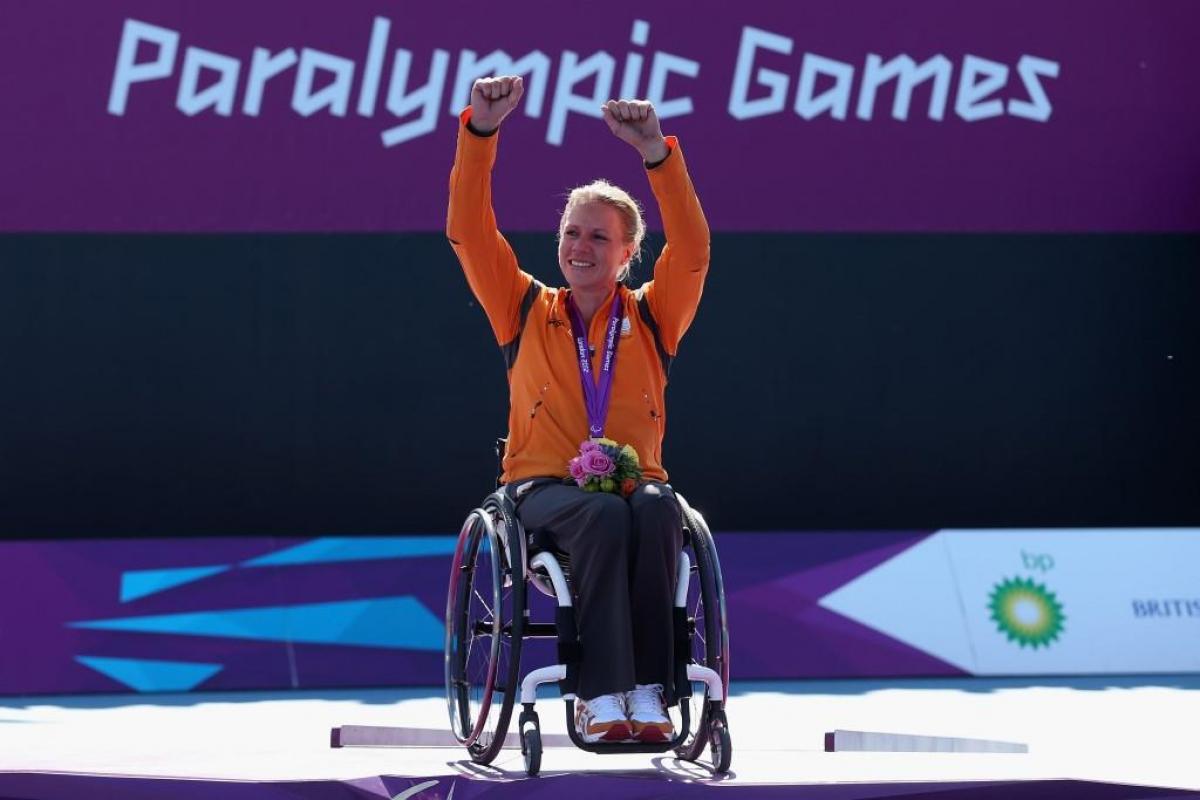 Esther Vergeer of Netherlands with her gold medal after defeating Aniek Van Koot of Netherlands in the final of the Women's singles match in the Wheelchair Tennis at the London 2012 Paralympic Games.

Wheelchair tennis has been part of the Paralympics since 1992 but was first seen in Seoul in 1988.

The sport was included in the 1988 Paralympic Games as a test event demonstrated by four men and women.

Then in Barcelona four years later, wheelchair tennis became a full medal sport. The USA’s Randy Snow took gold in the singles and doubles in the men’s division, whilst Monique van den Bosch from Netherlands replicated Snow’s accomplishments in the women’s competitions.

At Athens in 2004, the quad division, both singles and doubles, were introduced to the Paralympics for the first time. British star Peter Norfolk claimed the inaugural singles gold medal, before the US duo of David Wagner and Nick Taylor took the doubles title.

In the women’s division, the legendary Esther Vergeer blazed through all the Paralympics from Sydney 2000 through to London 2012. The unforgettable Dutch star won the singles gold medal four consecutive times before her retirement in 2013 and also won three women’s doubles gold medals, while winning silver in the doubles in Beijing in 2008

The 34-year-old retired after the most successful Paralympics to date, in London. A total of 112 wheelchair tennis athletes took part from 31 countries in a brilliant week at the Eton Manor tennis centre, which was the only purpose-built Paralympic venue for the 2012 Games.