France’s Stephane Houdet hopes for a hat trick, and Japan’s Yui Kamiji and Great Britain’s Jordanne Whiley, and the USA’s Nick Taylor and David Wagner will be looking to retain their titles 04 Nov 2014
Imagen 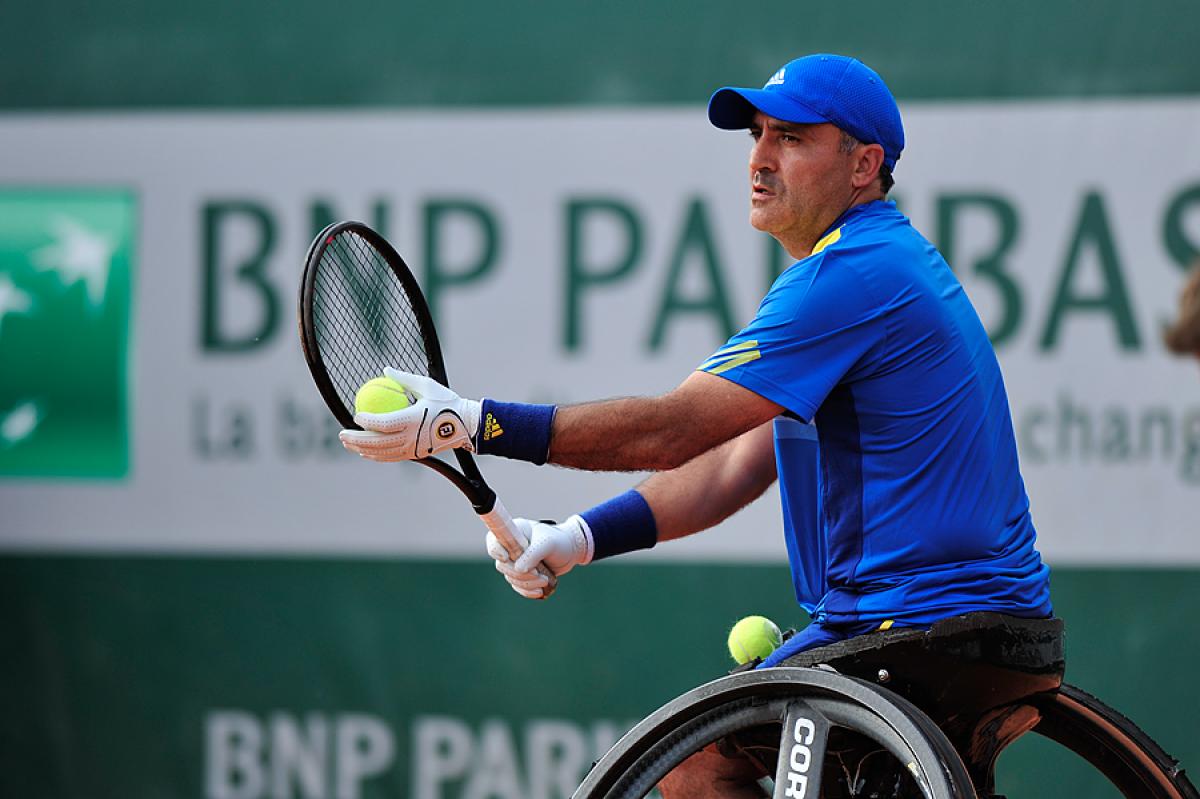 Japan’s world No.1 Yui Kamiji and Great Britain’s Jordanne Whiley, winners of the calendar year Grand Slam in women’s doubles in 2014, and the USA’s quad champions Nick Taylor and David Wagner, who won the US Open, will be out to retain their titles in Mission Viejo.

France’s Stephane Houdet will be bidding to make history in the men’s doubles as he partners Belgium’s Joachim Gerard, after they won their first Grand Slam title together at Roland Garros in France, in June.

In the men’s competition, eight pairs will compete in two round-robin groups, with six competing in the women’s in the same format. The top two pairs in each group will then reach the semi-finals.

In the quad event, four pairs compete in one round-robin group, with the top two pairs contesting the final.

Houdet hopes to become the first men’s player to win the Doubles Masters three years in succession after partnering Japan’s world No.1 Shingo Kunieda to victory in 2012 and Great Britain’s Gordon Reid in 2013.

Currently unbeaten as a doubles partnership, Houdet and Gerard could have their biggest challenge from Argentina’s Gustavo Fernandez and France’s Nicolas Peifer, who took Gerard and Houdet all the way to a deciding championship tiebreak at Roland Garros.

Reid will partner France’s Michael Jeremiasz, with both having reached the final final of all five tournaments they have previously played together, winning three of them.

Kunieda will team up with South Africa’s Evans Maripa in just their second tournament together after winning the Japan Open Super Series in May.

Since becoming the first partnership not featuring a Dutch player to win the women’s title at the Doubles Masters in 2013, Kamiji and Whiley have swept all victories in 2014, becoming the first non-Dutch pairing to secure a calendar year set of Grand Slam doubles titles.

The most anticipated match-up in the quad competition is between Taylor and Wagner and Great Britain’s Jamie Burdekin and Andy Lapthorne.

Taylor and Wagner, three-time Paralympic gold medallists, are arguably the most prolific doubles partnership in wheelchair tennis, having won more than 230 quad doubles matches together.