Fresh from winning another World Team Cup title for France, the No.1 describes what is like to continue competing at 46 years old. 09 May 2017
Imagen 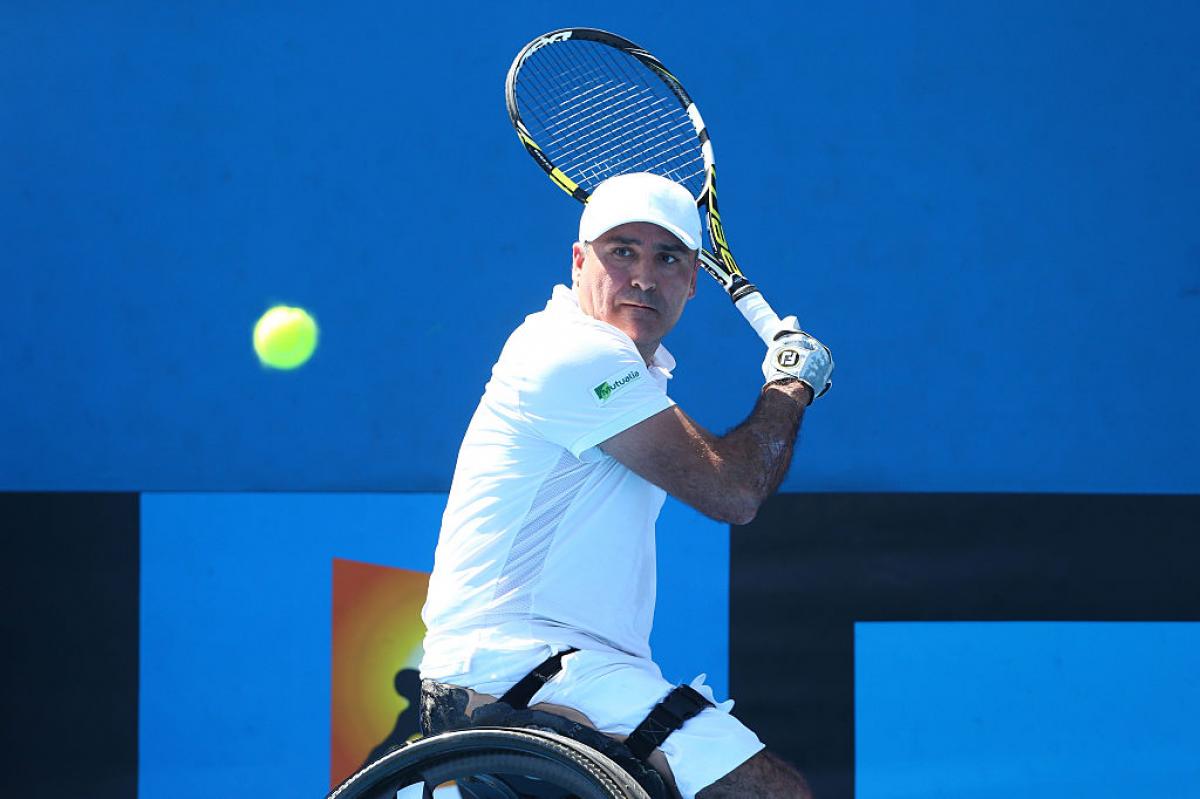 Frenchman and current world No.1 Stephane Houdet will turn 47 later this year but continues to go from strength to strength.

The two-time Paralympic gold medallist won a second consecutive wheelchair tennis World Team Cup for France on Sunday (7 May) and maintains the top spot in the world rankings ahead of a youthful chasing pack.

“The field in wheelchair tennis is very competitive and that’s one of the reasons why it is such a great sport," said Houdet.

“Being number one with such a competitive field is probably the best for an athlete. You have to play your best all the time to get the chance [to maintain the position] and it won’t be the same every week. You always need to think about how to improve and what you can change to stay competitive.”

Houdet has been playing the sport for over a decade now and has become one of the iconic players on the tour. The Frenchman has seen the sport evolve and adapt as younger players rise to the top and the way of playing develops into an art-form.

“Wheelchair tennis is changing a lot. Players take the ball earlier and the game is faster,” he said.

“We are not using our quadriceps, which are the muscles that would spend most of our energy. That’s probably one of the reasons why we can play for years without being too tired, plus age is also experience.

“As wheelchair tennis is a pretty young sport, let’s wait another 30 years to tell whether playing at 46 is a great achievement or whether many players from now will also play that long.

Houdet will return to his home Grand Slam next month when he plays on the famous red clay courts of Roland Garros.

He missed out on adding another singles title to his name in 2016 as tournament runner-up Gordon Reid defeated the home favourite in the semi-final. But there is something extra-special for Houdet about returning to Paris this year.

“Roland Garros is my favourite [Grand Slam] because it’s home,” he said.

“Moreover, we all want to defend the Paris 2024 Olympic and Paralympic Games candidacy and play Roland Garros, the venue of the bid.”

When Swiss tennis legend Roger Federer returned to Grand Slam action in January, nobody thought, other than his camp, that he was possible of winning his 18th Grand Slam and fifth Australian Open. But age is just a number and the same applies for Houdet.

“A few years ago, retirement crossed my mind and Rio would have been my last Paralympics. But I’ve had no injuries since then, I still love the tour, I am competitive and I want to improve my game,” he said.

“Roger Federer showed the way and there's no reason to stop! We both have two sets of twins. We want to add Grand Slams to our records also for them [the children] and I love to travel with my kids to show them the world.”