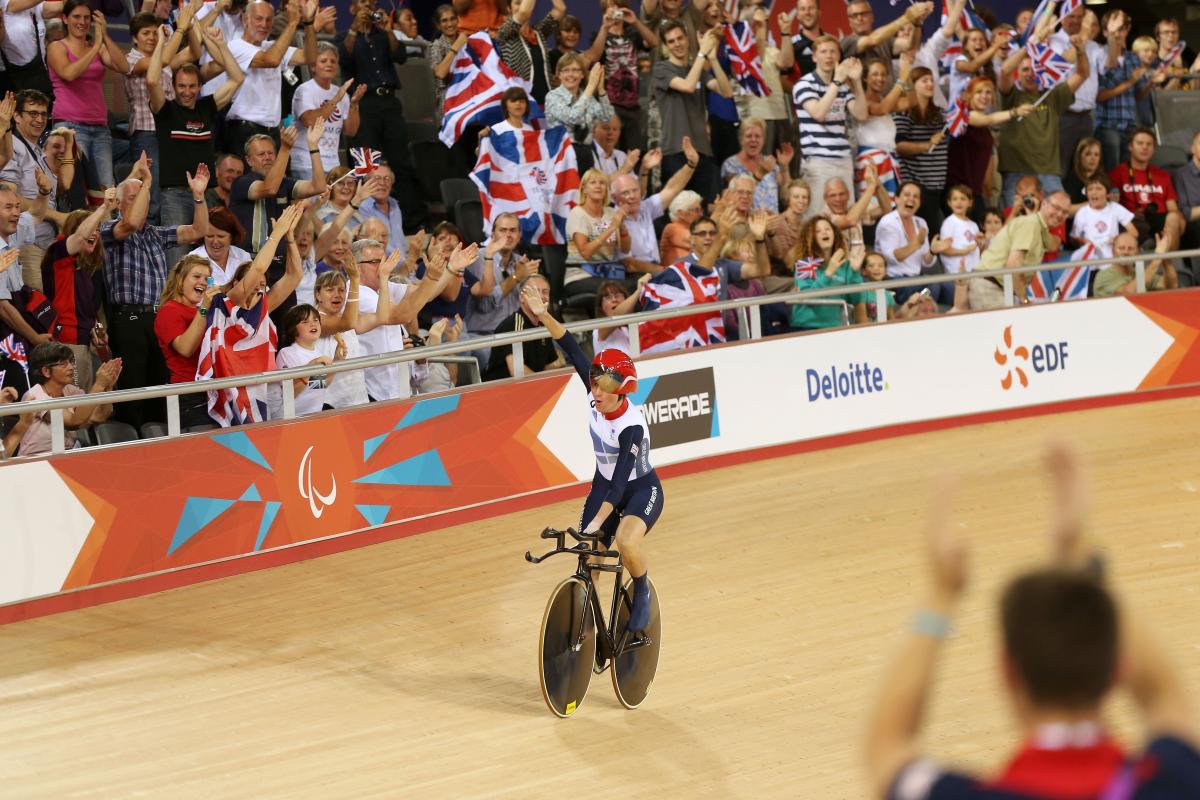 At London’s Lee Valley VeloPark, where she won two Paralympic golds during London 2012, Storey will aim to cycle further than any woman before during 60 minutes in an effort to beat an 11-year-old world record.

On 1 October 2003 Dutch cyclist Leontien Zijlaard-van Moorsel cycled 46.065km in an hour and Storey will be hoping to be first cyclist to break this record since a UCI rule change in March 2014.

I’m excited and nervous at the prospect of being the first woman to take on the record in over a decade,” said Storey who is an 11-time Paralympic champion and winner of 20 world titles.

“I did a couple of days testing up at the Manchester Velodrome to try and work out the output that would be involved over an hour to have a realistic chance of challenging the record and we decided that if I can arrive in good shape I stood a fighting chance.”

Less than a month after her record attempt, Storey will head to Apeldoorn, the Netherlands, to compete for Great Britain at the UCI Para-cycling World Championships between 26-29 March.

At last year’s World Championships in Mexico, Storey won the 3km pursuit and scratch race and next month will be entering the individual pursuit, 500m time trial and scratch race.