Success for Shingo Kunieda and Yui Kamiji at Roland Garros 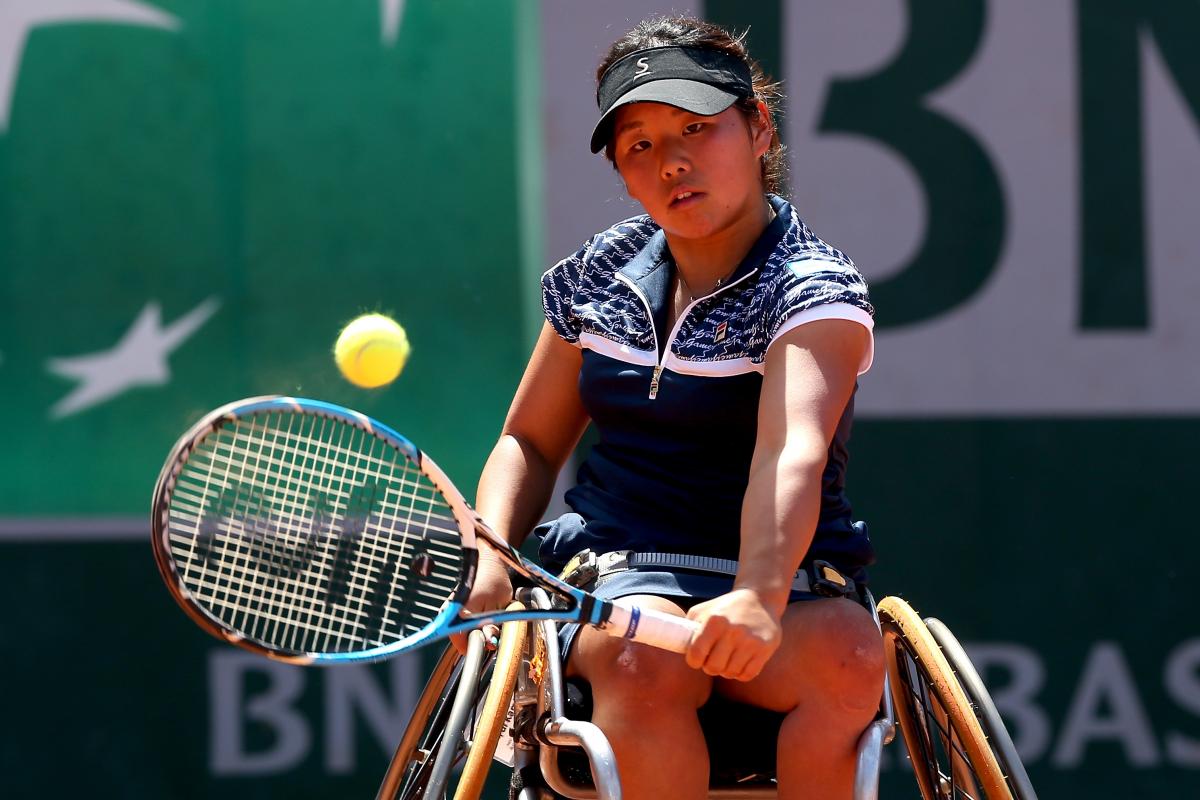 “Today I played very well, especially my forehand was very aggressive and I made pressure on him.”

There was double delight at Roland Garras, Paris, over the weekend as the Japanese duo of Shingo Kunieda and Yui Kamiji won the 2014 Roland Garros wheelchair men’s and women’s singles titles, respectively.

The pair first met in 2006 and although Kunieda had won 30 of their previous encounters, the 30-year-old world No.1 had lost the last two Paris finals to Houdet.

Kunieda ensured it was not an unwanted hat-trick of defeats however running out a 6-4 6-1 winner to claim his 16th career Grand Slam title.

“Yes, finally I could do it,” said Kunieda, when asked about exacting revenge for his final losses the past two years to Houdet. “Today I played very well, especially my forehand was very aggressive and I made pressure on him.”

In order to turn the tables on Houdet, Kunieda admitted to training even more aggressively on clay to get ready for this year’s Roland Garros. And the proof that hard work pays off was seen in the match.

Tied at 2-2 in the first set after the first two service games saw service breaks, Kunieda won the next three games to take a 5-2 lead. Houdet then took the next two games to put the set back on serve. The Frenchman then gifted Kunieda the set by losing his service game to love.

The second set was a one-sided affair with Houdet making too many unforced errors.

“He played very well,” said Houdet. “He touched almost all the lines of the court. And it’s more difficult for me when he’s leading and that’s what he did in the match.”

In truth, Kunieda was lucky to even find himself in the final having saved three match points in his semi-final win over Argentina’s Gustavo Fernandez.

World No.1 Kamiji picked up her first Grand Slam singles title with a 7-6 6-4 win over 2013 ITF Wheelchair World Champion Aniek van Koot of the Netherlands.

“This is my first Grand Slam title so I’m very happy,” Kamiji said. “Before my match it felt very special for me.”

The first set see-sawed between both players and saw Van Koot fail to capitalise on two set points, first at 6-5 40-30 and then in the tie break which Kamiji eventually won.

In the second set, van Koot led 4-2 but Kamiji won the next four games to win her first Roland Garros singles trophy.

And, to make the day even more special for Kamiji, she teamed with Jordanne Whiley of Great Britain as the second seeds in the doubles, to win their second consecutive Grand Slam title having taken the honours in Australia, too.

Kamiji and Whiley needed their best to just edge past the top seeded Dutch team Jiske Griffioen and van Koot 7-6(3) 3-6 (10-8).

In the men’s doubles, there was some good news for Houdet as he and Belgian Joachim Gerard beat Fernandez and Nicolas Peifer of Belgium 4-6 6-3 11-9 to claim the title.