Track and Field Athletes, Equestrian riders, Hand Cyclists, Swimmers, Archers, Table-Tennis and Wheelchair Tennis players as well as officials were able to get a feel for life in the Olympic Village, the selection process and the media and marketing, thus giving them a clearer picture of the final leg of their journey.

Former British hurdler Colin Jackson, who now works for the BBC, was the highlight of the day after he gave a spine-tingling motivational speech. The Seoul 1988 Olympic silver-medallist and the two-time 110-meter hurdles World Champion (1993-1999) urged athletes to “always keep going and don't sit back".

Paralympic Athletes also got a first glimpse of their London 2012 uniforms. Some high fastion pieces seemed at first to take some getting used to, but overall the heros of London 2012 felt well-dressed.

Chef de Mission Ruedi Spitzli and Secretary General Veronica Roos were also satisfied with the course of the day. 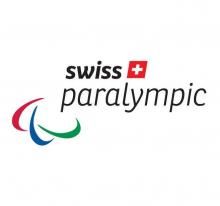