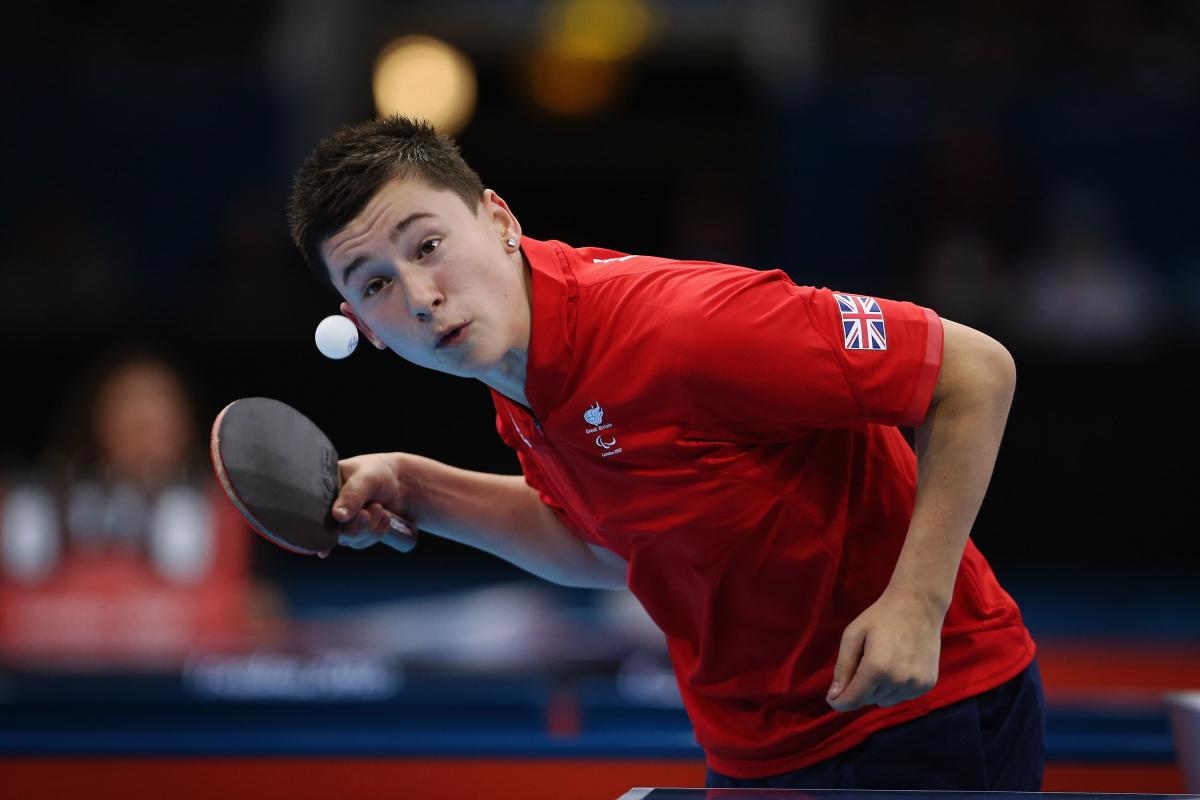 Great Britain's Ross Wilson field the ball on the table during Day 9 of London 2012.

In the men’s classes 6-8 competition, Poland took the top spot and Spain finished with silver and Great Britain the bronze.

China’s table tennis gold medal count crept into double figures on Day 9 of London 2012 at the ExCeL on Friday (7 September).

China took their first gold medal of the team events in the men’s class 3, going two better than their bronze medal at their home games. Germany would not give up without a fight however forcing the contest into a final doubles match.

After the Germans took the first game, China worked well to steal each game from then on, winning the match, 3 – 1. The overall quality of the table tennis from both sides was fantastic with one rally in the final match lasting 37 strokes.

In the exact opposite of China’s fortunes, France fell from gold four years ago to take bronze. Despite some slip-ups from the French, including dropping one game, they played well to take the bronze from Korea, 3 – 1.

In the men’s team classes 1-2 not much could separate the Beijing gold medallists Slovakia and France. The match was mostly attritional but Slovakia had that little bit extra to defend their title in straight matches, 3 – 0, even with Rastislav Revucky being injured.

"Yes, I was in pain,” he said. “I tried to make it easier for myself with some harnesses which helped me keep myself stable. But, of course, after the win, the pain is gone."

Korea worked strongly against the Austrians to take the bronze medal with little competition, winning 3-0.

In the men’s classes 6-8 competition, Poland took the top spot and Spain finished with silver and Great Britain the bronze.

China took its second gold medal of the day in the women’s team classes 1-3, in a hard-fought contest against the Koreans. It was a combination of China’s strong service game and Korea’s lack of defence against counter-attacks that gave China the gold.

The last of day 10 finalists were also decided in the early games. China sent both its women’s team classes 4-5 and men’s team classes 9-10 into their gold-medal matches, after beating Serbia (3 – 0) and Ukraine (3 – 0), respectively.

Korea and Spain, who lost their matches, will battle for bronze.