The year 2015 was action-packed for the world’s elite wheelchair fencers. Here are 10 things we learned about the sport over the past 12 months. 31 Dec 2015
Imagen 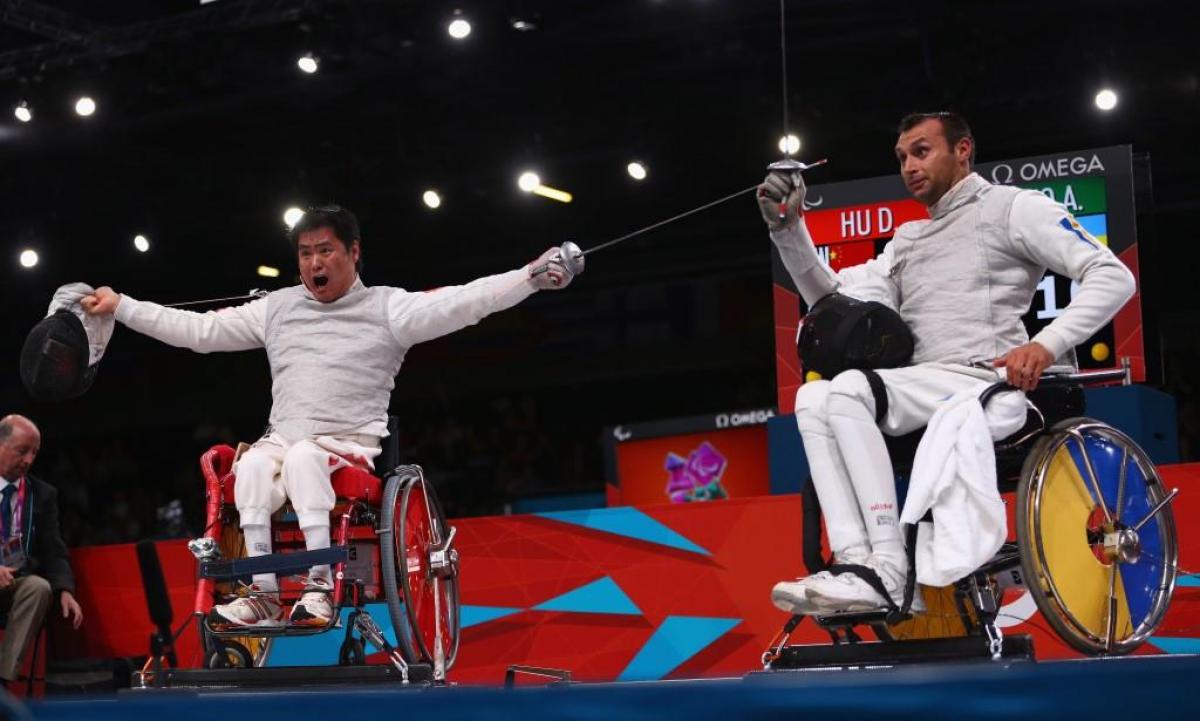 The star of the sport in 2015 was undoubtedly 18-year-old Beatrice Vio. The Italian star went the entire season undefeated in the women’s foil category B discipline, winning gold at eight major events including the World Championships.

2. Alexander Lugotenko is the man to beat in the men’s category C

World No.1 in both the epee and foil category C disciplines, Russia’s Alexander Lugotenko underlined his dominance by taking the titles in both events at the World Championships in Budapest, Hungary, in September.

This year saw the unexpected rise of China’s Xu Feng Zhou. Barely mentioned in the lead-up to September’s World Championships, Zhou took gold in both the women’s category A epee and sabre competitions. She then proved the achievement was no fluke by topping the podium in the women’s epee category A at the World Cup event in Paris, France, in October.

4. Dimitri Coutya is one to watch

Great Britain’s Dimitri Coutya emerged as a title contender in 2015. Gold in the men’s category B epee event at the World Cups in Montreal, Canada, in May announced his arrival as a competitor to be reckoned with. Coutya then cemented this reputation with a second World Cup win in Warsaw, Poland, in July, where he beat Brazil’s reigning Paralympic champion Jovane Silva Guissone to take gold.

5. The future’s bright for wheelchair fencing

Young stars emerging and title winners from around world made 2015 a year to remember for all involved in wheelchair fencing. In a sport dominated in recent years by Russian and Chinese athletes, 2015 saw athletes from 14 nations top the podium at major events, setting the stage for an exciting global contest at Rio 2016.

In 2015 there were signs that Yu Chui Yee’s dominance in the women’s category A events may be coming to an end. Yee has won a medal each of the nine times she has competed in Paralympic competitions, seven of them gold. In 2015, however, she failed to win a major individual title. Yee acknowledges this season has been tough, but hopes the lessons learned will help her top the podium again in 2016.

7. Anton Datsko still a force to reckon with

In 2013 Ukraine’s Anton Datsko seemed unstoppable in the men’s foil and sabre category B disciplines. After taking a break from competing in 2014, questions were raised about whether he could regain that form. But with consecutive podium places in his last three events, including gold in the sabre at the last World Cup of the year in Sharjah, UAE, Datsko has silenced any doubters.

Hungary’s Zsuzsanna Krajnyak has competed in four Paralympic Games but is yet to win gold. Krajnyak is hoping 2016 will be her year, and her form suggests it could be. Consistently strong results see Krajnyak end 2015 ranked World No.1 and No.3 in the women’s foil and epee category A disciplines respectively.

Brazil’s wheelchair fencers have a good chance of giving the home supporters something to cheer when they take to the piste at next year’s Paralympic Games. Brazil dominated at the 2015 Americas Championships in Montreal, Canada in April and their star performer Jovane Silva Guissone ended the year as World No.1 in the men’s epee category B.

Thailand’s Sayunsee Jana won gold in the women’s epee category B at London 2012, but few knew what to expect when she returned from a hiatus of over a year to compete at the World Cup in Warsaw, Poland in July. To the dismay of her opponents, Sayunsee looked like she had never been away, winning silver. She then returned to winning ways at the World Championships in September. With Rio 2016 on the horizon it seems Sayunsee has timed her return to perfection.

To view a full schedule of wheelchair fencing events in 2016 visit www.iwasf.com.