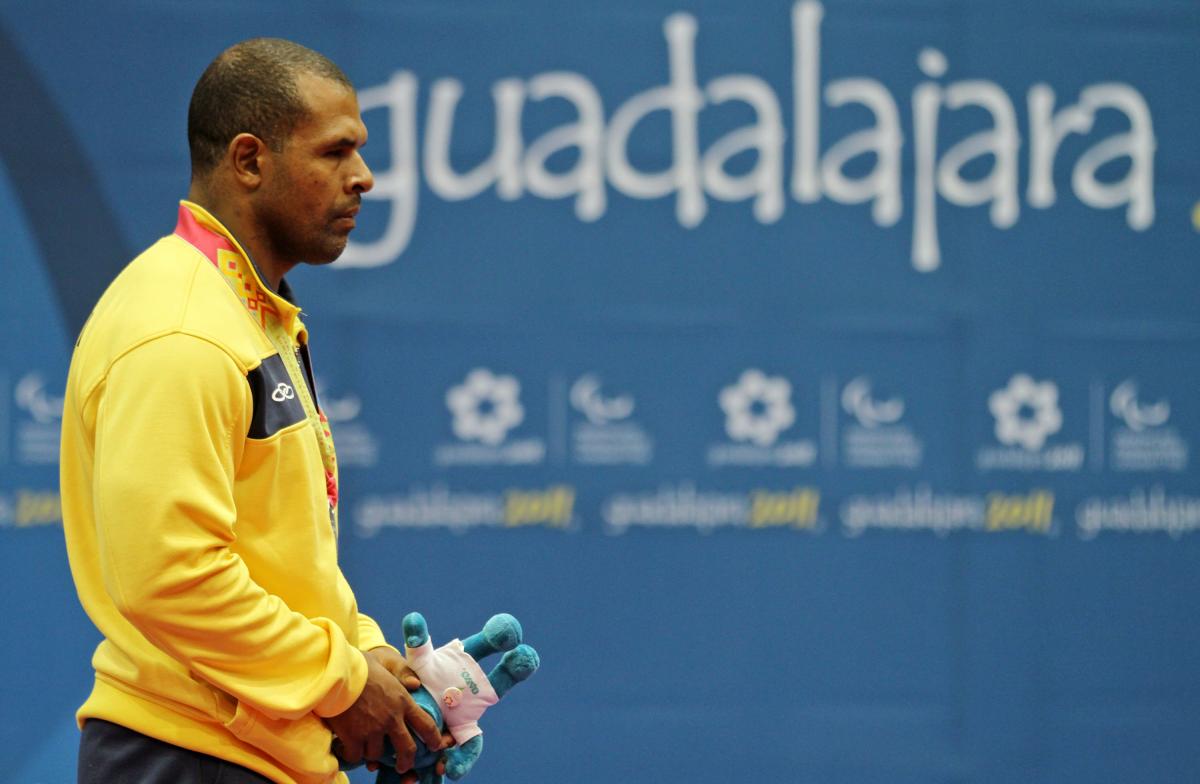 Tenorio had to settle for silver after USA’s Myles Porter beat him at the 2011 Parapan American Games in Guadalajara, Mexico

ⒸFotocom.net/CPB
By Corey Dempsey | For the IPC

Antonio Tenorio does not feel satisfied after winning his sixth successive judo Paralympic medal on home soil in Rio, and is targeting further success at Tokyo 2020.

The Brazilian took silver at Rio 2016 following his defeat to South Korea’s Gwang Geun Choi. The 46-year-old now wants to prove that age is no barrier to remain amongst the world’s top judokas as he trains hard to achieve qualification for the 2020 Paralympics.

“My biggest goal is to qualify for Tokyo 2020, then I will actually start thinking about competing there,” said Tenorio, who won four golds, one bronze and one silver over six Paralympic Games from 1996-2016.

He feels his long experience can be an asset when facing his next challenges. “I am planning to compete at the next Pan American Championships, World Championships and Parapan American Games,” he said.

Although he could not win gold in front of his home crowd at Rio 2016, Tenorio stated those Games were one of the best experiences in his life.

“The feeling of winning a medal in Rio 2016 was fantastic,” he said. “I showed age does not stop you from doing anything. Sometimes, people believe you do not have any chances because of that, but it does not work that way.

“You have to respect each athlete; they can win medals no matter how old they are. You need to respect everyone.”

Before thinking of adding more medals to his crammed trophy cabinet, Tenorio knows that he needs to continue working hard both on and off the field of play.

“I need quality training,” said Tenorio. “My biggest challenge is not on the tatami, but outside of it. I have to prove every single day that age cannot stop me from doing anything.”