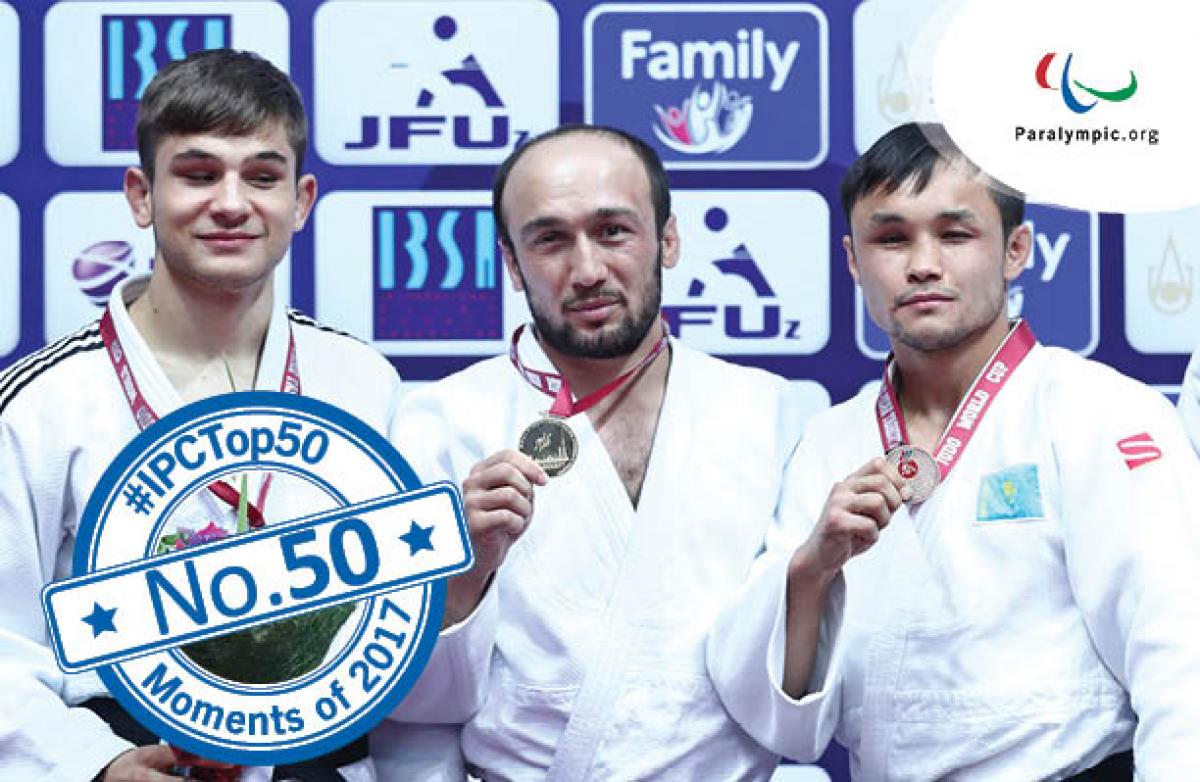 Uzbekistan showed their strength in judo as they claimed eight golds of the 12 events contested at the International Blind Sports Federation (IBSA) Judo Asian-Oceanian Championships on home soil in the capital city of Tashkent, between 26 and 27 May.

With the year coming to an end, we are counting down the International Paralympic Committee’s (IPC) Top 50 Moments of 2017. The Uzbek judokas’ regional supremacy kicks off the countdown.

It was an all-Uzbek showdown in the men’s -73kg final as Rio 2016 bronze medallist Feruz Sayidov beat teammate Davurkhon Karomatov.

The remaining four golds were divided between South Korea and Iran.

In the women’s events it was a similar tale of dominance for Uzbekistan as they swept the board to add further five golds to their medal tally.