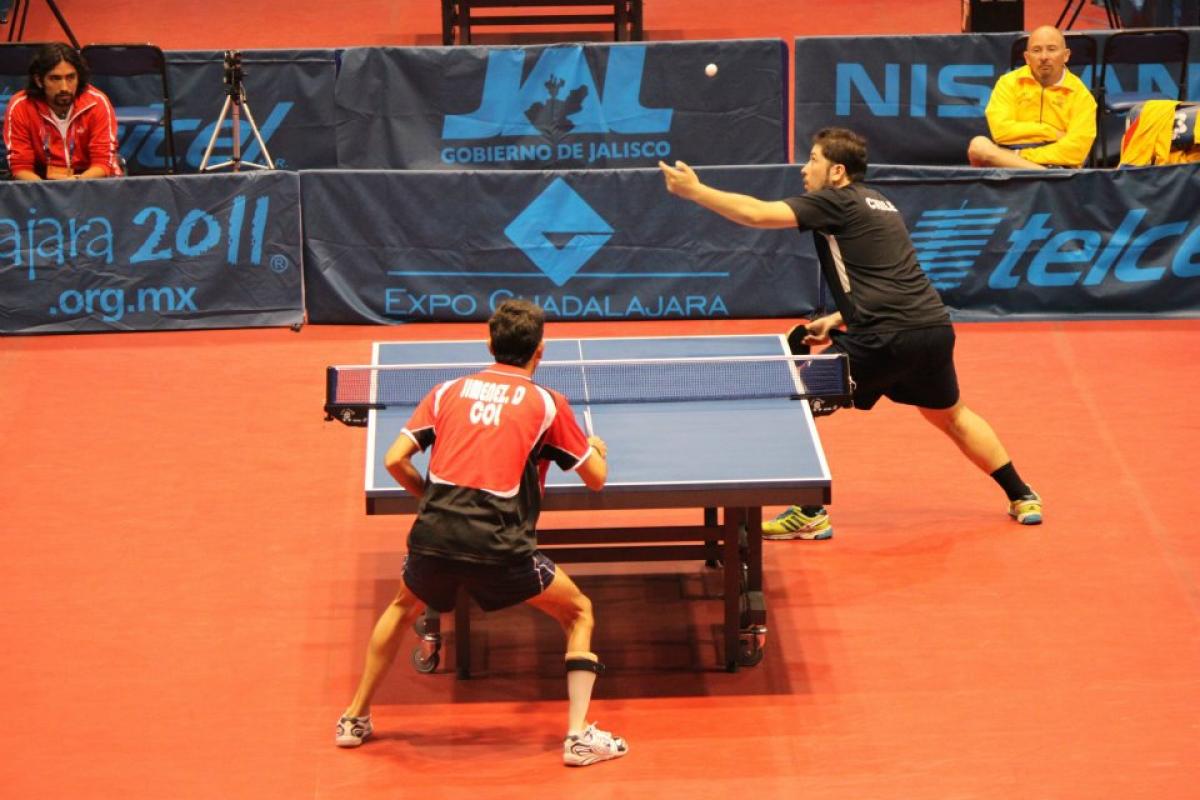 Table Tennis at the 2011 Parapan American Games in Guadalajara, Mexico - Chile vs Colombia

Brazil dominated the sport at the Guadalajara 2011 Parapan Am Games with 12 gold medals. Mexico finished second with three gold and Argentina third with two gold.

Dettoni won Chile’s only gold medal at the 2011 Parapan American Games and will be hoping to repeat the feat in the men’s singles class 7. The world No. 20 will face stiff competition from two Brazilians rivals ranked higher than him.

The World No. 9 won two gold medals - singles class 5 and women’s team classes 4-5 – at Guadalajara 2011 and is the highest ranked athlete in the Americas.

The men’s class 3 will feature a highly competitive field and world number six Gabriel Copola will start as favourite having won singles and team gold four years ago. Brazil’s Welder Knaf could challenge him.

Table tennis is open to athletes with physical impairments, competing in either standing or sitting classifications. In this blend of speed, skill and power, athletes must hit the ball over the net, into their opponent’s side.

Points are awarded on the serve. Matches are won by the best of 3, 4 or 5 sets. Each set is scored to 11 and the player must win by two points.

Brazil dominated the sport at the Guadalajara 2011 Parapan Am Games with 12 gold medals. Mexico finished second with three gold and Argentina with two gold.

This welcoming multi-purpose centre, located in the heart of Markham’s newly developing downtown, boasts a triple gymnasium with approximately 3,345 square metres for training, competition and community use, as well as a 10-lane, 50-metre Olympic-sized swimming pool.

In addition to the athletic facilities, the Centre also makes space for several all-purpose rooms, meeting areas and a two-level fitness centre for optimal community use at the 2.4-hectare property, which is adjacent to the Unionville GO Station and the sports-focused Bill Crothers Secondary School.