The Nordic skiing Paralympic and World Championships medallist has had to transition from training with a team. 03 Sep 2016
Imagen 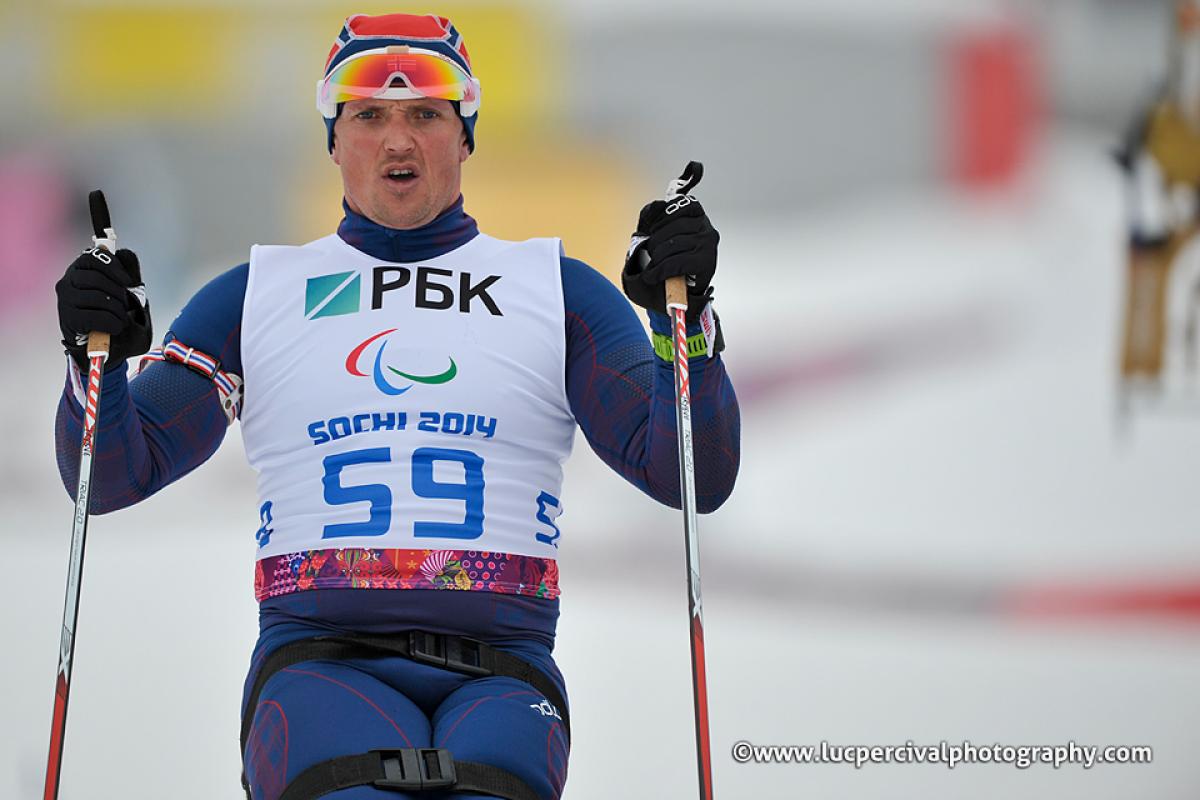 He has played baseball professionally for his country, going on to compete in ice sledge hockey and finally in biathlon and cross-country skiing.

The 44-year-old is vastly experienced and so has spent a lot of time training. The Nordic events are mostly individual races apart from the relays and so his training has had to change from his days in a team environment.

It is not easy to find the motivation to train alone especially when you have spent years training with your teammates who can help and encourage you as well as push you to do better. “As a Nordic skier I usually train by myself and that is something that I really miss from being on a team,” said Larsen.

His off-season training although mainly solitary is quite varied: “In the summer I train with roller skis, kayaking, running, cycling and shooting.”

Larsen was in a motorcycle accident in 2001 which led to the amputation of his left leg just under the knee. This means he competes in a sit-ski in the sitting category in biathlon and cross-country. In the summer he transfers to a sit roller ski which allows him to simulate cross-country skiing while training on the roads.

Although the activities he does to train for the new season change, his schedule stays more or less the same. “I train one-two times each day and it varies between easier sessions and intervals.”

Another important aspect for an athlete to prepare correctly for the new season is diet. Food plays an important role in providing both the energy to train and also the means to recuperate afterwards.

“When it comes to food I mainly eat what I want but I try to make sure that I get all the nutrition that I need to perform and to get a fast recovery,” explained Larsen.

Last season did not go as well as he had hoped with his best result a fourth place finish in the cross-country sprint race in Vuokatti, Finland.

Disappointed not to have finished on the podium he is taking steps to make sure he can make better progress in the coming season, which includes the 2017 World Championships in Finsterau, Germany.

“I have just made some small changes compared to last season’s training programme, explained Larsen. “I’m hoping to improve in all areas of both cross country and biathlon.”

More than 135 skiers from 25 countries will compete at the World Championships in Finsterau between 10-19 February, the last major event before the PyeongChang 2018 Paralympic Winter Games.