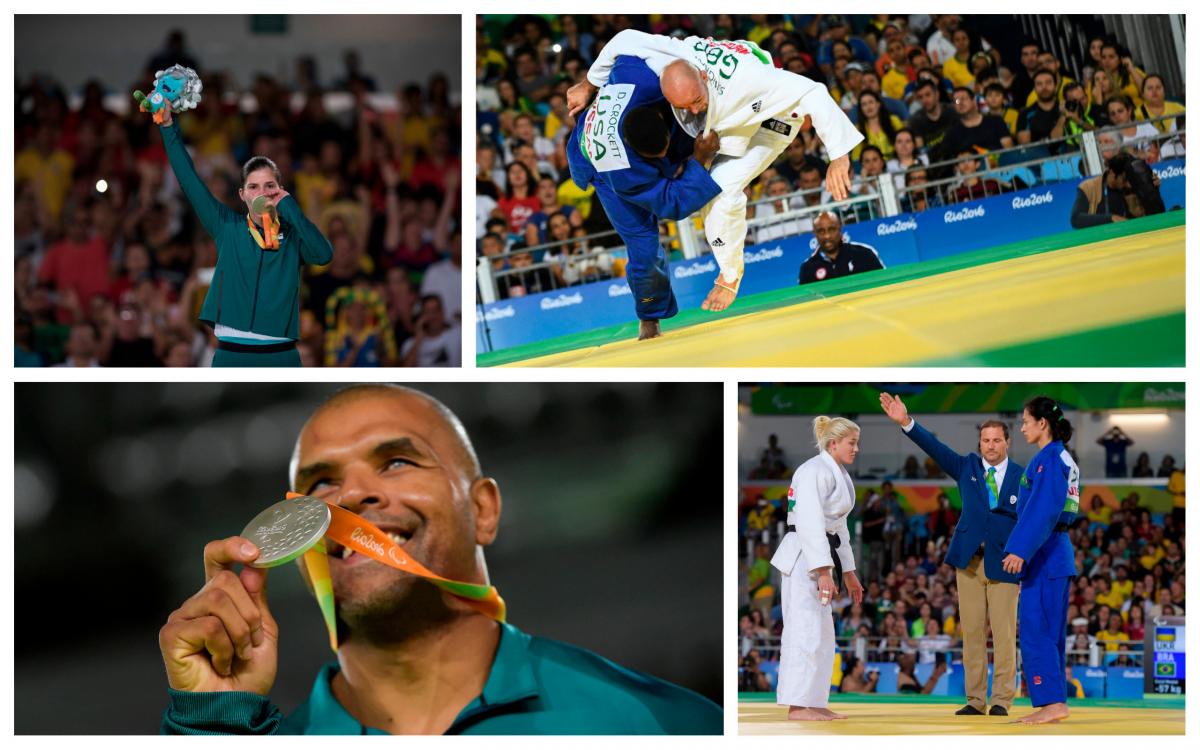 A star-studded line-up of world and Paralympic champions will compete at the first International Blind Sports Federation (IBSA) Judo World Cup of 2018 in Antalya, Turkey, from Sunday (22 April).

Around 240 blind and visually impaired athletes from 30 countries will get their season underway ahead of the 2018 IBSA Judo World Championships.

The field includes Ukraine’s Paralympic gold medallist Inna Cherniak. The Ukrainian took on Brazil’s Lucia Araujo in the -57kg at the Rio 2016 Paralympic Games, winning the title with an ippon.

Cherniak is also the reigning world champion having beaten Azerbaijan’s Sallina Abdullayeva in Colorado Springs, USA, four years ago. Towards the end of last season Cherniak, in consultation with her coach, switched to the women’s -52kg and won her category at the Grand Prix in Tashkent, Uzbekistan.

Of the athletes she will face in Antalya, Cherniak said: “This is judo, and to predict what will be in one or another second is almost impossible. There are many girls who aspire to win as well as me and I think that everyone deserves to win. At competitions it is necessary to be ready and concentrated from the first to the last second.”

Abdullayeva remains in the -57kg whilst Araujo has also moved to a different division, the -63kg.

Brazil’s Alana Maldonado, the Rio 2016 silver medallist in the women’s -70kg, also returns to the mat in Antalya.

The last Paralympic Games hosts have further medal hopes in the men’s competition.

Antonio Tenorio and Wilians Araujo, Paralympic silver medallists from their home Games in the -100kg and +100kg respectively, will compete in Antalya.

Araujo is on the hunt for more silverware this year. Speaking to the Brazilian Federation for Sport for the Vision Impaired, the Brazilian said:

"It is part of my planning in the cycle to win medals in all competitions. I feel an immense responsibility, but I believe in the work being done. I want to be on the podium again and add points in the ranking to achieve the position at the Tokyo Paralympic 2020 Games.”

Araujo’s teammate Tenorio was gracious in defeat in 2016 as he lost out on Paralympic gold to South Korea’s Choi Gwang-geun by Ippon. The pair could meet again this weekend as Choi builds towards an attempt to better his fifth place finish from the 2014 World Championships.

A potential clash between Georgia’s Paralympic champion Zviad Gogotchuri and the USA’s world title holder Dartanyon Crockett could happen in the men’s -90kg.

Crockett is returning from a shoulder injury which saw him out of action for most of 2017. Gogotchuri ended last season as the world No.1.