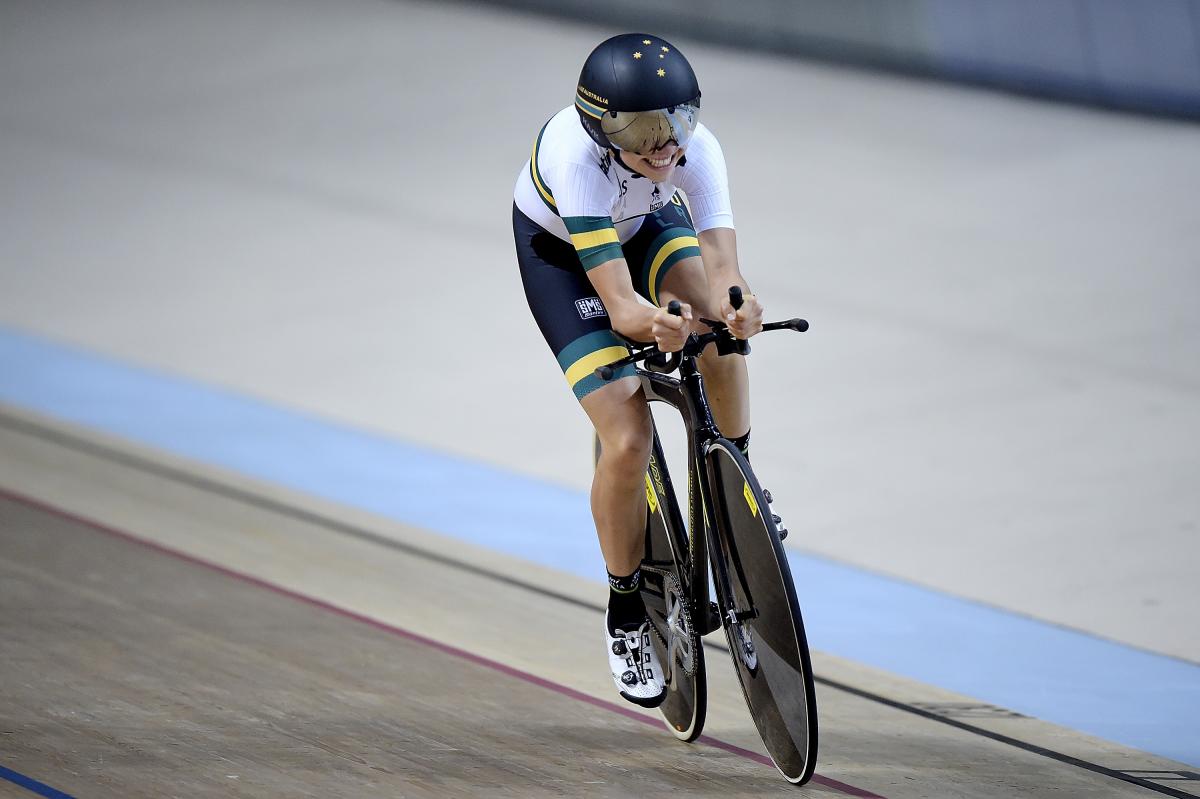 ⒸGetty Images
By CPB and IPC

However, USA´s two-time Paralympic champion Shawn Morelli was the fastest in the final ahead of Petricola and also Australian Meg Lemon, who completed the top three.

Great Britain´s Rio 2016 champion Thornhill delivered the other standout performance of the day, setting a world record of 1:05.91 in the women´s 1,000m time trial B, lowering her own mark by almost a second.

"We knew we were going very well but we just didn't expect to beat it by that much. Usually we have a sense of the time, but not this time around. There is something special about the air in Brazil. This track has been really good to us", said Thornhill.

The British Para cyclists would still go on to claim two golds on day three. The first one came through Crystal Lane-Wright in the women´s 3,000m individual pursuit C5, while the other was sealed by Neil Fachie in the men´s 1,000m time trial B.

Edilson Alves da Rocha, Director of Competition, said: “We expected there would be a lot of world records here since it is a really fast track. The quality of the wood and the good upkeep set up a great competition environment.”

International Paralympic Committee (IPC) Andrew Parsons was also in attendance and underlined the importance of hosting such an important competition at Rio´s Velodrome, which staged the Para cycling events at the 2016 Paralympics.

"Para cycling is one of the most exciting sports and it is great to be back here,” he said.

Competition will conclude on Sunday with the sprint B events for teams and the men's scratch 15km final for two classes: C1-3 and C4-5.

The 2018 Track Worlds feature 171 athletes (50 women and 121 men) from 30 countries competing across four days of competition. The competition is the first one that athletes can collect ranking points towards the Tokyo 2020 Paralympic Games.