USA Triathlon has honoured world championship medallists Melissa Stockwell and JP Theberge as its 2011 USA Para-Triathlon Athletes of the Year. The accolades were selected by the USA Triathlon Age Group Committee.

Stockwell (Chicago, Ill.) earns the women's annual honour for the second straight year after winning her second consecutive TRI-2 title at the 2011 ITU Para-triathlon World Championships in Beijing, China. She led a U.S. sweep of the TRI-2 podium in Beijing and also captured TRI-2 gold at the 2011 USA Para-Triathlon National Championship at the Nautica New York City Triathlon.

"With USA Para-Triathlon Athletes of the Year Melissa Stockwell and JP Theberge leading the way, 2011 was yet another strong year for U.S. Para-Triathletes in domestic and international competition," said Steve Sutherland, chair of the USA Triathlon Age Group Committee Athlete of the Year Sub-committee. "We congratulate all these inspirational athletes and look forward to seeing the continued growth of this remarkable sport in the future."

Historically one of the world's top Para-Triathlon nations, the U.S. has earned more than one-fourth of all possible podium finishes at the ITU Para-Triathlon World Championships since 2008. Para-Triathlon will make its Paralympic Games debut in Rio de Janeiro, Brazil, in 2016. 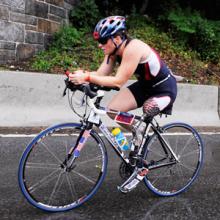 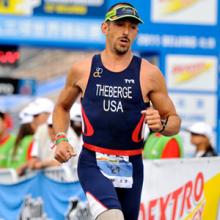