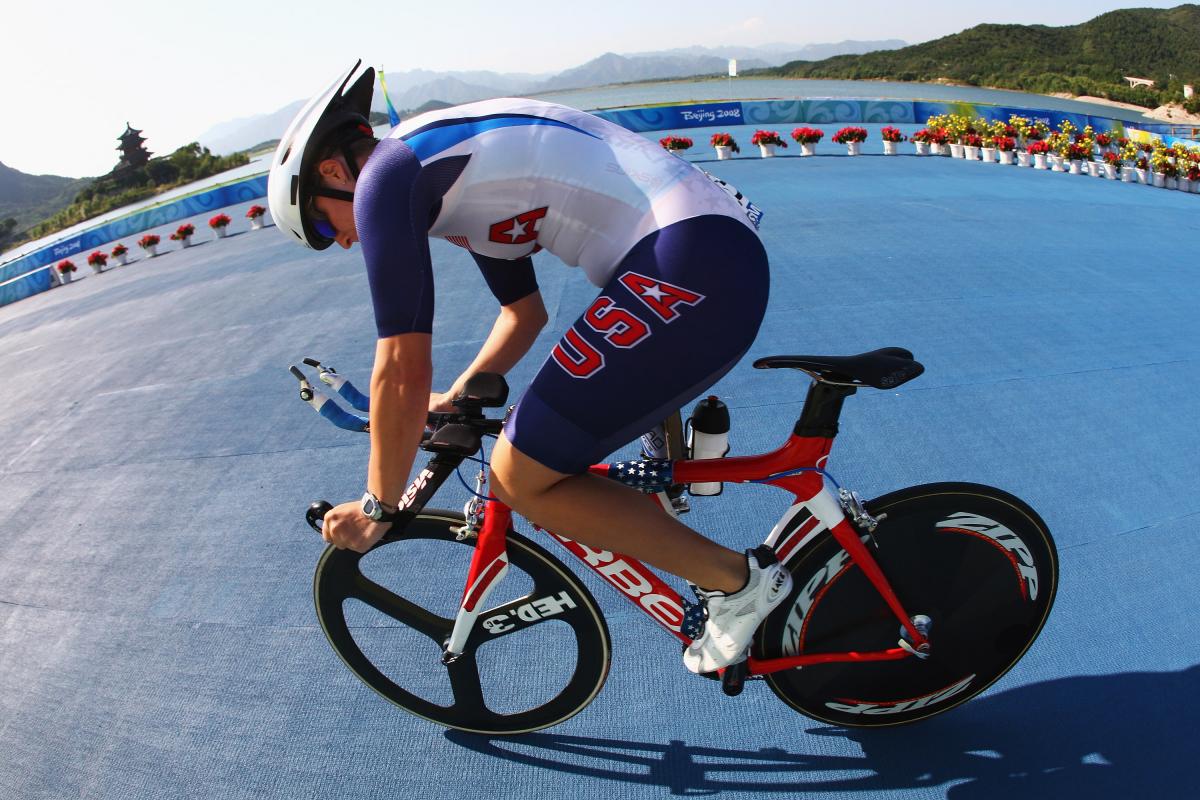 “To win back-to-back is a big honour, and especially to do it on home soil here in the US.”

Hosts USA had a day to remember on Friday (29 August), the second day of the 2014 UCI Para-cycling Road World Championships in Greenville, South Carolina, winning four of the 12 gold medals available.

“To win back-to-back is a big honour, and especially to do it on home soil here in the US,” Keith said. “Last year I think my dad was the only US spectator at the World Championships, so to have all of my family here and to be able to hear them at the start and the finish line was really special.”

“Defending my title in our own country, it wasn’t a lot more pressure, but there was that reminder of everyone cheering for you, cheering in English and your family and friends are here,” Jones said. “I could see the red, white and blue out there on the course, and it was such a positive atmosphere, so it was really awesome to get the win.”

Jamie Whitmore (26:28.92) won her third world title of the year as she defended her women’s C3 title. Earlier this year she won two titles at the UCI Para-cycling Track World Championships.

Megan Fisher (26:00.51) won the C4 time trial, with teammate Shawn Morelli (26:20.41) taking silver. Fisher turned in the fastest time of the day by more than 20 seconds, while Morelli created an additional gap of more than 30 seconds over Australia’s Susan Powell (26:53.32) who took bronze.

“I’m so thrilled to defend my title,” Fisher said. “The competition is so fierce and it is so tight. It is just an honour to even make the podium. This has been such an amazing year to be able to represent the USA, and to earn a spot on that top step is out of this world.”

“The conditions were hot, but not too breezy," said Clifford. "I knew early on that I was going well. I held back on the first lap, and on the second lap I emptied the tank.

“I knew I had done well, but I wasn’t sure about the podium. It seems that I pulled most of my time on the second lap, I could see the other guys suffering on the hills, and it gave me a boost.

"Woop :-) so delighted to win the rainbow stripes again!” tweeted Storey after her win.

After narrowly missing out on gold by 1.16 seconds at the last World Championships, Germany's Michael Teuber won his 17th world title with victory in the C1 class. Teuber (24:42.78) took the win ahead of Italy’s Giancarlo Masini (25:56.73) and China’s Zhangyu Li (25:58.57) who took silver and bronze respectively.

For more information on the 2014 UCI Para-Cycling World Championships, visit the competition website.