The women's wheelchair tennis singles final will be an all-Dutch affair, as No. 2 Aniek vank Koot aims to dethrone No. 1 Esther Vergeer. 07 Sep 2012
Imagen 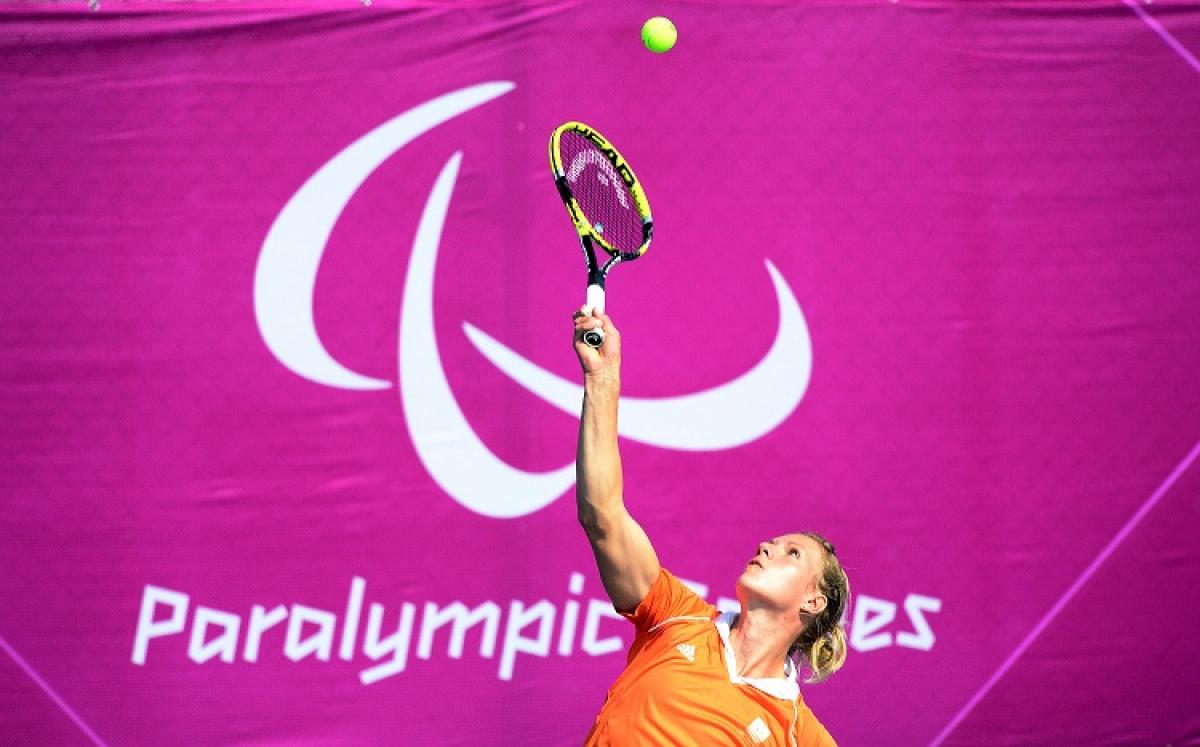 When it comes to women’s singles wheelchair tennis, the cameras are always on Esther Vergeer, but fellow countrywomen, Aniek van Koot is looking to steal her limelight.

The final will be the fourth consecutive time that Vergeer has taken on another competitor from the Netherlands in a Paralympic final and Van Koot will be looking to break the mold and inflict the first loss on Vergeer since 2003.

“Of course everyone dreams of medals,” she said. “Each day is a new day, so who knows.”

Van Koot, who is a native of Winterswijk, has been in impressive form so far in the competition, as she has not dropped a set in London as yet.

She breezed through her opening round match against Australia’s Janel Manns and then replicated that form in her second round game, in which she knocked out Francisca Mardones of Chile.

Yui Kamiji gave her a tough match in the quarter-finals, but she overcame the Japanese player to meet Germany’s Sabine Ellerbrock in the semi-finals.

Ellerbrock came out with some powerful shots in the first set, but the world No. 2 clinched that set and then dominated the second to book her final place.

Van Koot is overjoyed to have made the women’s single final in what his her Paralympic debut.

“It's amazing, there's such a relief that I have the opportunity to win a silver or a gold," she said.

“I just wanted to be a little mouse in the first round so I could look ahead and see what was happening later in the competition to calm my nerves."

Obviously she is aware of her opponent’s ability, but she believes that anything could happen.

“I've played her several times in a final in the past year,” she said, “It'll be a new day and a new match."

The 22-year old burst onto the senior scene in 2011 when she won her first Super Series title at the French Open and she was also a runner-up in all four Grand Slam double events with her partner Jiske Griffioen.

She could also meet Vergeer in the doubles final if her and Griffoen overcome Great British duo Luchy Shuker and Jordanne Whiley in their semi-final encounter.