The host nation did not disappoint on the final day of the Para-Table Tennis European Championships. 19 Oct 2015
Imagen 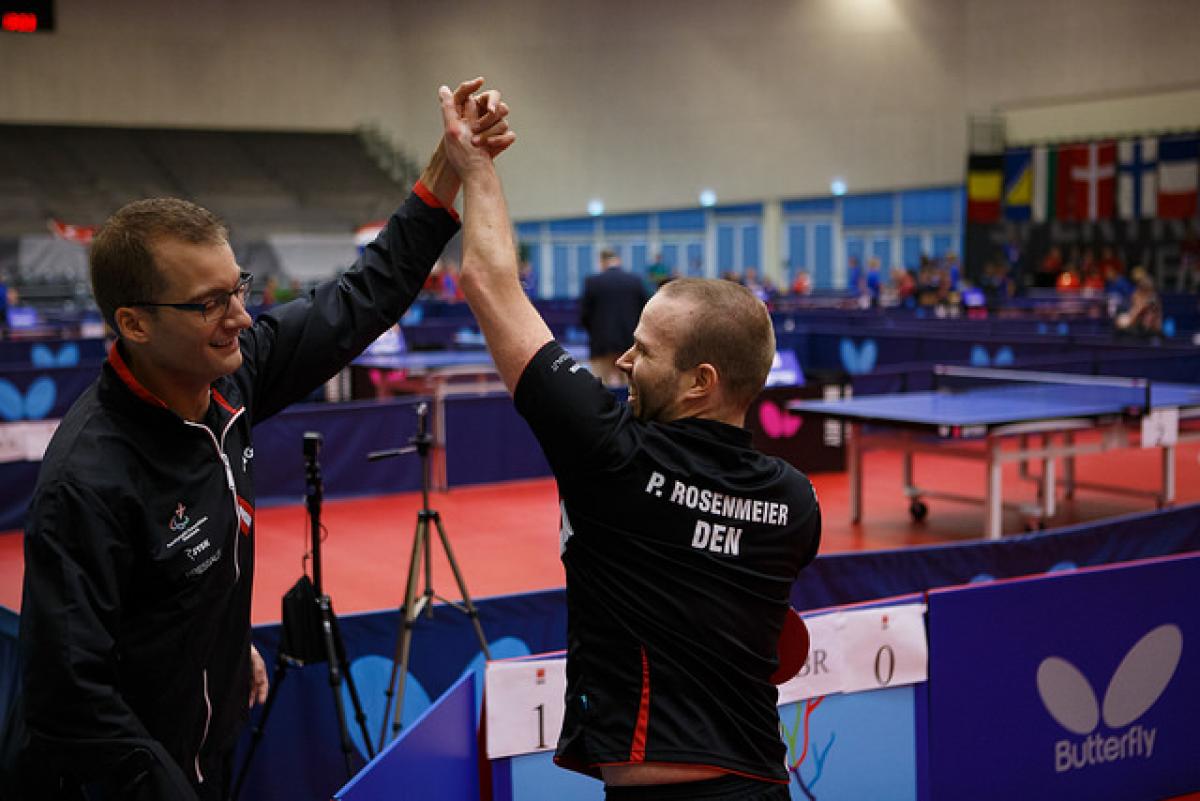 Home favourite Denmark secured their first, and only, gold medal on the final day of the 2015 International Table Tennis (ITTF) Para-Table Tennis European Championships on Saturday (17 October) in Vejle.

“It’s the best feeling,” Rosenmeier said. “From almost being out of the tournament [Friday], to winning the European Championship is fantastic. This is what we have been working on for over a year and a half.”

Belgium’s Laurens Devos and Ashok Despineux took home gold in the class 9 team competition. Despite losing to the Netherlands in their last game 2-1, the previously undefeated pair were able to secure their place at the top of the podium. At only 15 years of age, Devos is the youngest double-gold medal winner of the Championships.

Sweden’s Anna-carin Ahlquist and Ingela Lundback won the women’s class 4-5 team final with a close 2-1 win over Serbia, upgrading from their 2011 European Championships silver medal. Sweden won the doubles 3-2 with a close 11-9 final game. Lundback fell to Borislava Peric-Rankovic in the first singles match. Ahlquist came back fighting to secure a 3-1 win over of Nada Matic.

“We put everything we had into it,” Ahlquist said. “We have been longing for this win since 2011. We are just so happy.”

Germany’s Thomas Schmidberger and Thomas Bruchle are adding another team gold medal to their collection following their win over Austria. The class 3 pair also won gold together at the 2011 and 2013 European Championships, as well as the 2014 World Championships.

There was no surprise when Poland took gold in the women’s class 9-10 final, with a 2-0 defeat over Turkey.

Croatia’s Andela Muzinic and Helena Dretar took home the class 1-3 gold medal. The Croatian team were undefeated in the team competition, winning their final match against Great Britain’s Jane Campbell and Sara Head 2-0. The singles silver medallist, Muzinic faced Head in a 3-1 singles match to win. Both Croatia’s and Great Britain’s teams have played together for quite some time. At the 2011 European Championships, Campbell and Head took home the class 3 teams gold, while Muzinic and Dretar took bronze.

Results from the singles and teams competition can be found on the European Championships website, along with a list of all the medal winners. 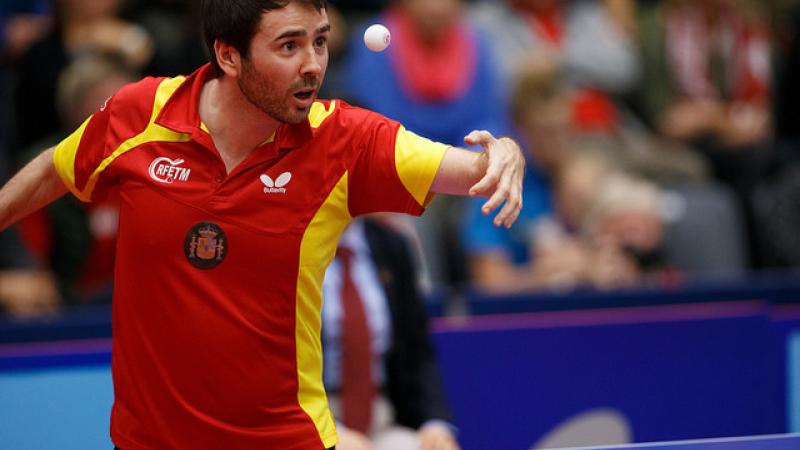 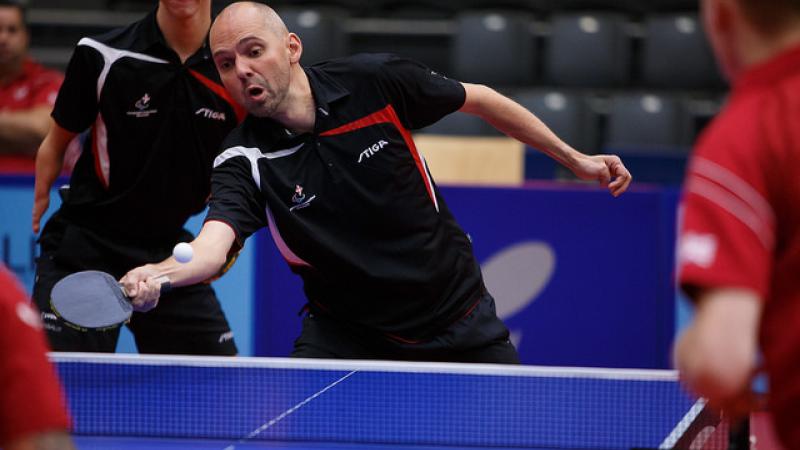 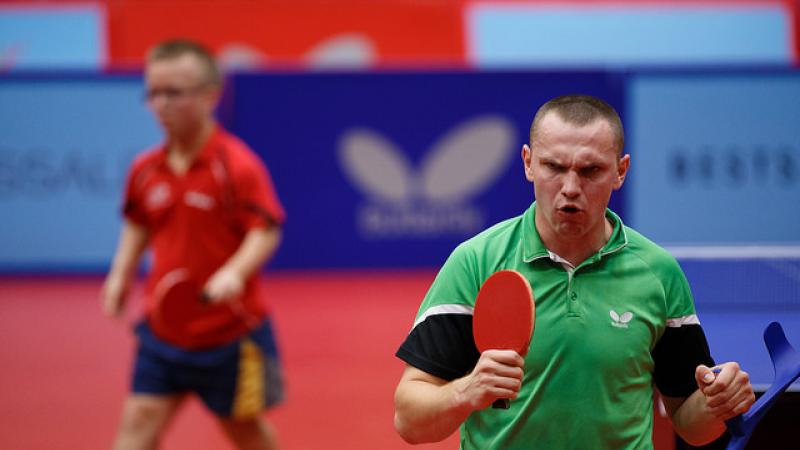 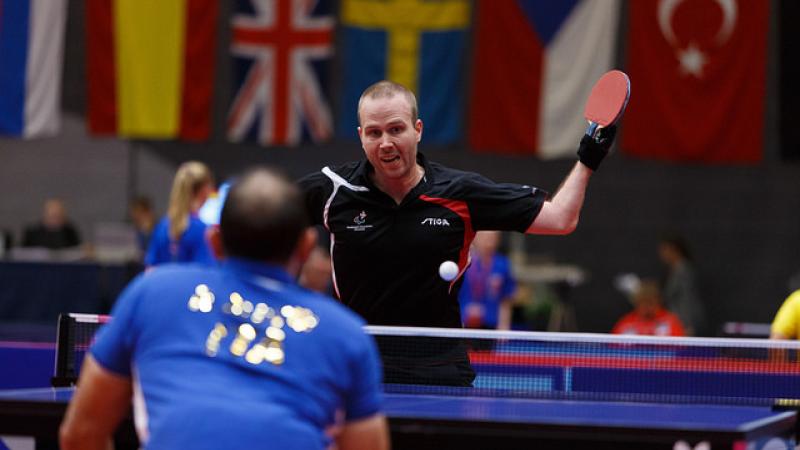 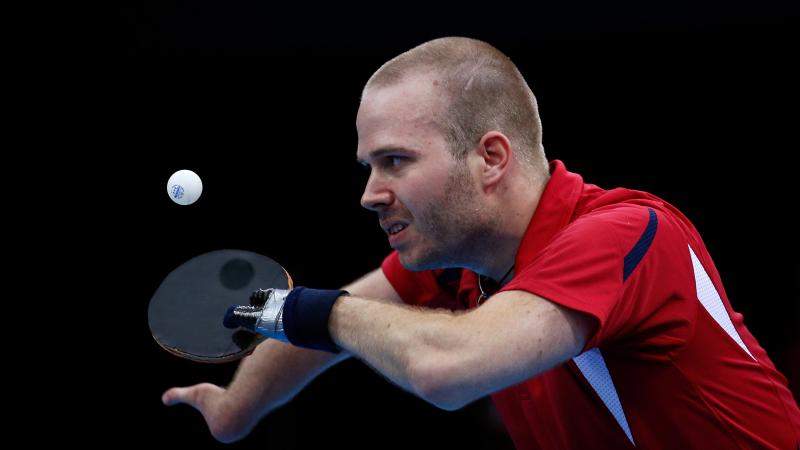