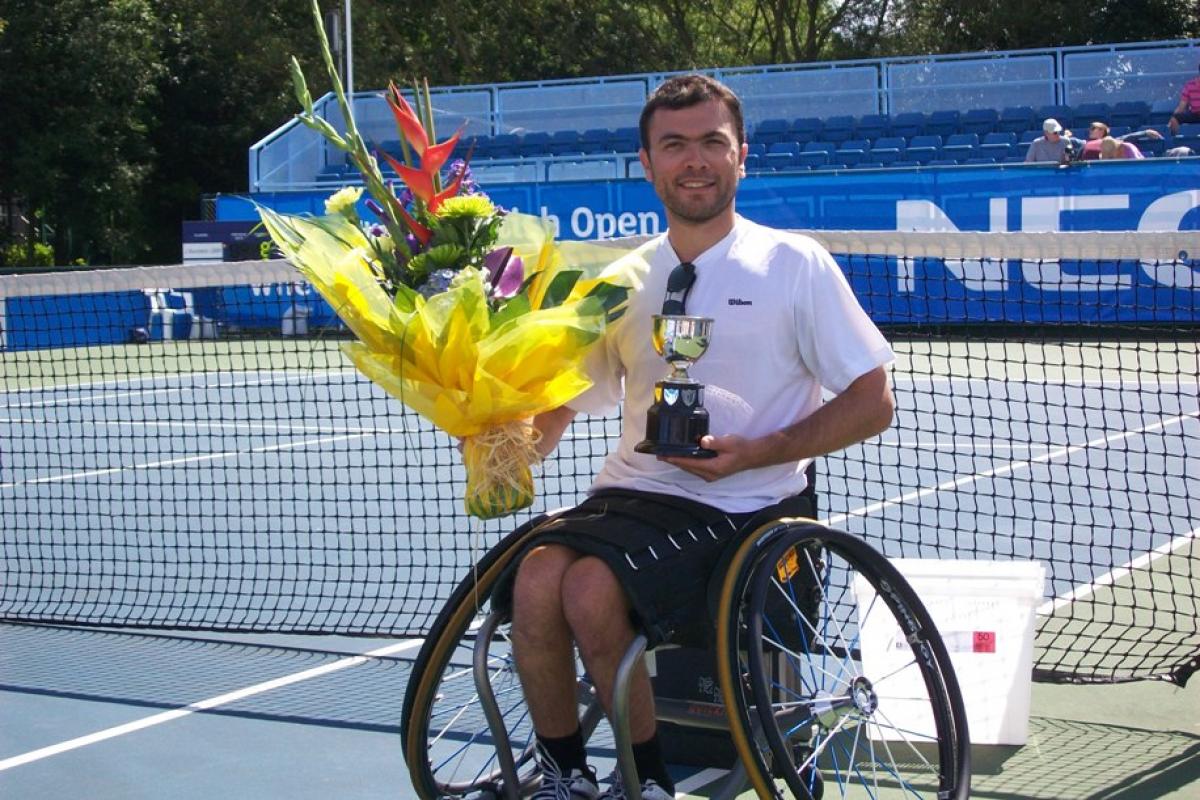 “My game is not based on power and aggression, it is based on accuracy and putting the ball where he is not.”

World No. 1 Esther Vergeer of the Netherlands won her 12th women’s singles titles and Israel’s Noam Gershony won his first quad singles final at the British Open on Saturday (21 July), while Japan’s Shingo Kunieda won the title on the men’s side on Sunday.

In doubles action, France’s Stephane Houdet and Michael Jeremiasz crusised to the title in the men’s bracket, as Aniek van Koot and Jiske Griffoen defeated Esther Vergeer and Marjolein Buis in an all-Dutch women’s doubles final.

Vergeer won three games in succession to take a 4-1 first set lead against her compatriot, and after maintaining her three game cushion to make it 5-2 the defending champion made a few uncharacteristic errors before edging a close game to take the set.

Vergeer dominated the second set, as she forced van Koot into more errors and with van Koot serving to stay in the match she dropped her serve to love as Vergeer wrapped up the win.

“Today, I didn’t feel great confidence coming into the match, but after the first couple of games I felt I got into it and I’ve very happy to win the British Open for the 12th time,” Vergeer said. “It gives me confidence heading into London 2012.”

In the quad singles final, Gershony made a slow start and a string of double faults in the second game before storming back to seal a 6-3, 6-2 victory against Great Britain’s Jamie Burdekin for his third Super Series title.

However, a solid service game from Gershony allowed him to take a 5-3 lead and after seeing four set points disappear, the world No. 3 finally took the set with a backhand winner on his fifth set point.

Gershony broke to love to take a 3-1 lead in the second set and after a string of deuces in the sixth game of the set he maintained his lead to make it 4-2 before completing a sequence of three games in succession to seal the win.

“My game is not based on power and aggression, it is based on accuracy and putting the ball where he is not,” Gershony said. “So I played well today and went into the net more times than I can remember in any other match, so I am very happy with the way I’ve played all week and have given myself lots of confidence for the Paralympics. But I hope I don’t get drawn against Jamie as he has improved a lot over the last few months.”

After going into the British Open as world No. 4, Kunieda won the first four games of the men’s singles final against world No. 10 and first-time Super Series finalist Reid after firing an ace to win the opening game and then coming from 40-down to win the fourth game.

Reid got his first game on the scoreboard to make it 4-1 and then saved two set points at 5-1 down before edging a deuce game to make it 5-3. However, with Kunieda serving for the set for the second time, the former four-time ITF World

Champion finally converted his third set point of the match.

Reid was only able to win the third game of the second set and with Kunieda firmly in command and having three match points the unseeded Briton doubled faulted to give the Japanese star the victory.

“Gordon is left-handed, which made it more difficult for me and his power meant he could break back and it was dangerous for me,” Kunieda said. “So, I am very happy to win the British Open for the fourth time and it gives me confidence for London, where I want to win my second gold medal.”

In the men’s doubles final, Houdet and Jeremiasz eased through the match against Dutch second seeds Robin Ammerlaan and Ronald Vink for a 6-1, 6-2 victory. They claimed their third British Open title after back-to-back wins in 2008 and 2009 and finishing as runners-up last year.

The women’s doubles final was a rematch of the all-Dutch Wimbledon final two weeks ago and second seeds Griffioen and van Koot repeated that win on the grass against top seeds Vergeer and Buis in a hotly contested three-set match, winning 2-6, 7-5, 6-2. 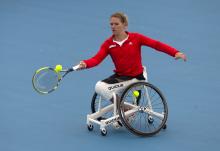 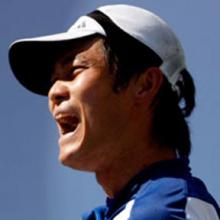