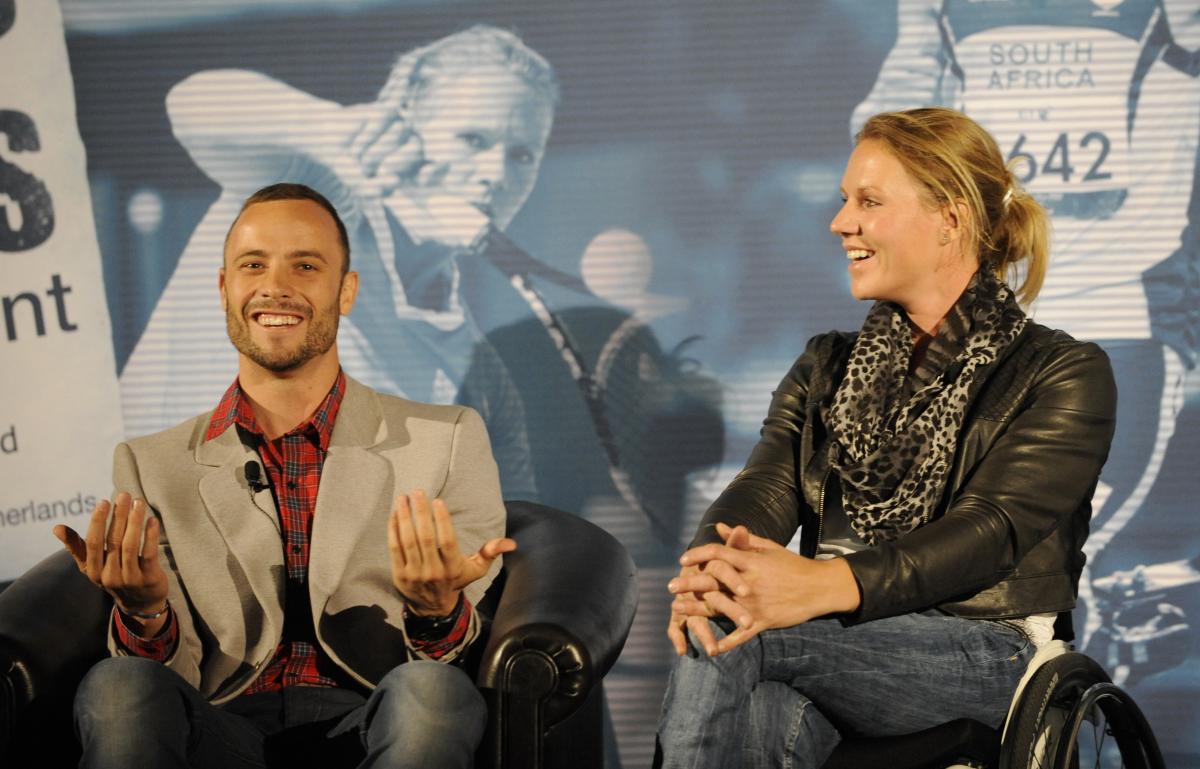 Oscar Pistorius and Esther Vergeer chat in the Netherlands about the future of the Paralympic Games.

“I think it’s really strong but can only grow stronger by creating more professionalism and more awareness all over the place.”

Paralympic champions Esther Vergeer and Oscar Pistorius shared their views on the future of the Paralympic Games last Friday (23 November) at the wheelchair tennis Invacare Doubles Masters in Amsterdam, the Netherlands.

The Dutch wheelchair tennis star, with seven Paralympic medals to her name, and the South African blade runner, who competed in both the Olympics and Paralympics this year, discussed everything from athletes to sponsorship at the Games.

“I think it’s really strong but can only grow stronger by creating more professionalism and more awareness all over the place.”

Vergeer is an advocate for keeping the Paralympic Games separate from the Olympic Games, but at the same time insists Paralympic athletes themselves bear some of the burden to give elite performances if that’s the response they’re expecting from the global public.

“I think Oscar and me both agree that it’s very important to have this inclusion and this integration in different types of events,” Vergeer said. “I think we all have to fight for as much professionalism as we can get.”

Pistorius touched upon the fact that more and more corporate organisations are becoming involved in the Paralympic Movement to help give it a boost worldwide.

“It won’t change overnight, but the rate it changes is unbelievable.”