With a goal in every period, Greg Westlake recorded a hat trick Saturday to lead Canada to a 4-1 victory over USA in the gold-medal game. 05 Dec 2011
Imagen 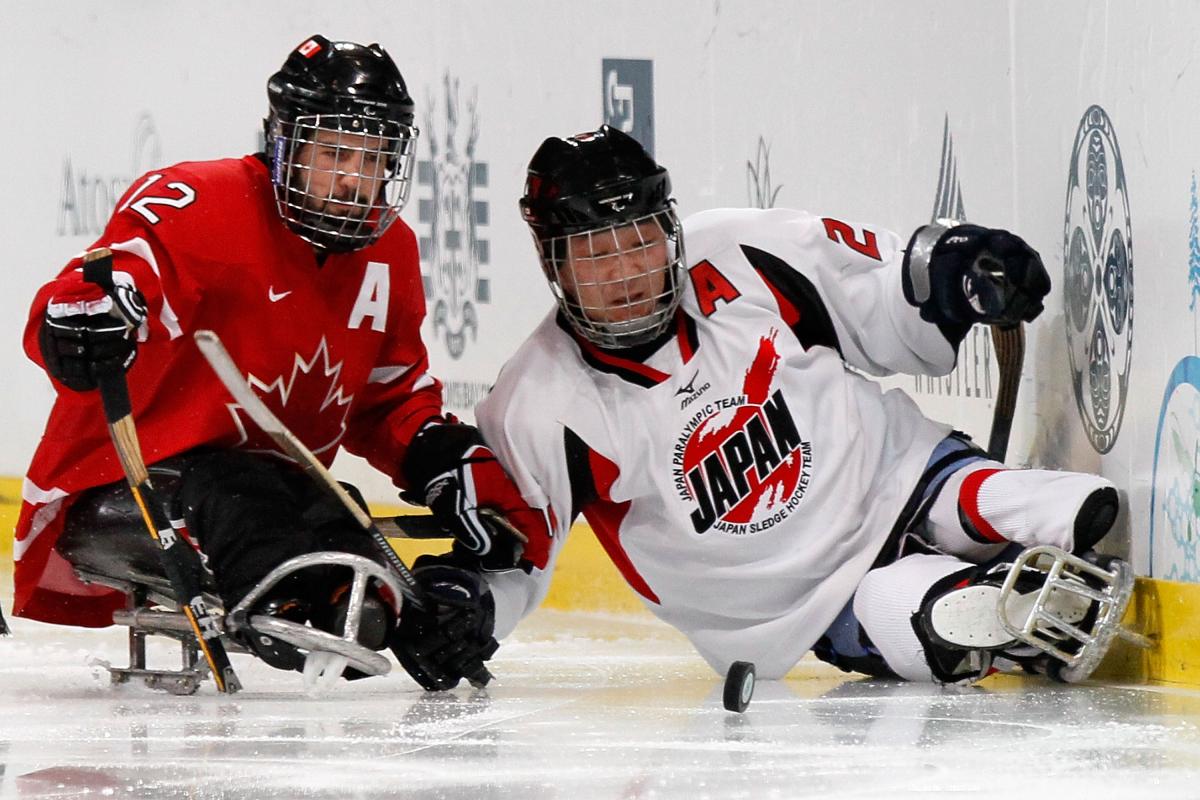 With a goal in every period, Greg Westlake recorded a hat trick Saturday evening (3 December) to lead Canada to a 4-1 victory over USA in the World Sledge Hockey Challenge gold-medal game in Calgary, Canada.

Canada has now won the tournament in four of its five appearances, losing only to USA in the finals in 2009 in overtime.

USA actually struck first in the finals, as Taylor Lipsett put the Americans up 1-0 just 53 seconds into the aggressive, physical contest. But Westlake scored at the 14:44 mark in the first period and again at the 8:18 mark in the second period to give the home team the 2-1 advantage heading into the final frame.

Westlake netted another score in the third, and Brad Bowden chipped in another to seal the deal for Team Canada.

Bowden also assisted on all of Westlake’s goals and finished as the tournament’s top scorer with 15 points, including six goals and nine assists.

Both goalkeepers were recognized as Player of the Game for their respective teams, as Canada’s Benoit St-Amand turned aside 13 shots and USA’s Steve Cash made 14 saves.

Meanwhile, Norway claimed bronze after a 5-3 victory over Japan in the third-place game. Audun Bakke scored twice in the third period, including the game-winning goal, to give the Norwegians their second bronze to go along with three silvers in five tournament appearances.

Bakke split the Japanese defense and snapped a shot past Shinobu Fukushima to put the Norwegians up 4-2 just 7 minutes into the final period, and added an empty net, short-handed goal in the dying seconds to clinch the win.

Rolf Pedersen, Eskil Hagen and Stig Tore Svee also scored for Norway, which trailed 2-0 after 20 minutes before coming back with three goals in the second period.

Morton Vaernes added three assists in the win, while Roger Johansen made 11 saves in goal for Norway.

Daisuke Uehaera, Takayuki Endo and Kazuhiro Takahashi scored the goals for Japan, which is still in search of its first medal at the tournament.

Norway team captain Thomas Jacobsen did not play after suffering a serious injury in the final preliminary round game against USA.