Nine of the world’s top 10 men’s players will compete in the wheelchair tennis British Open from 16-21 July. 12 Jul 2013
Imagen 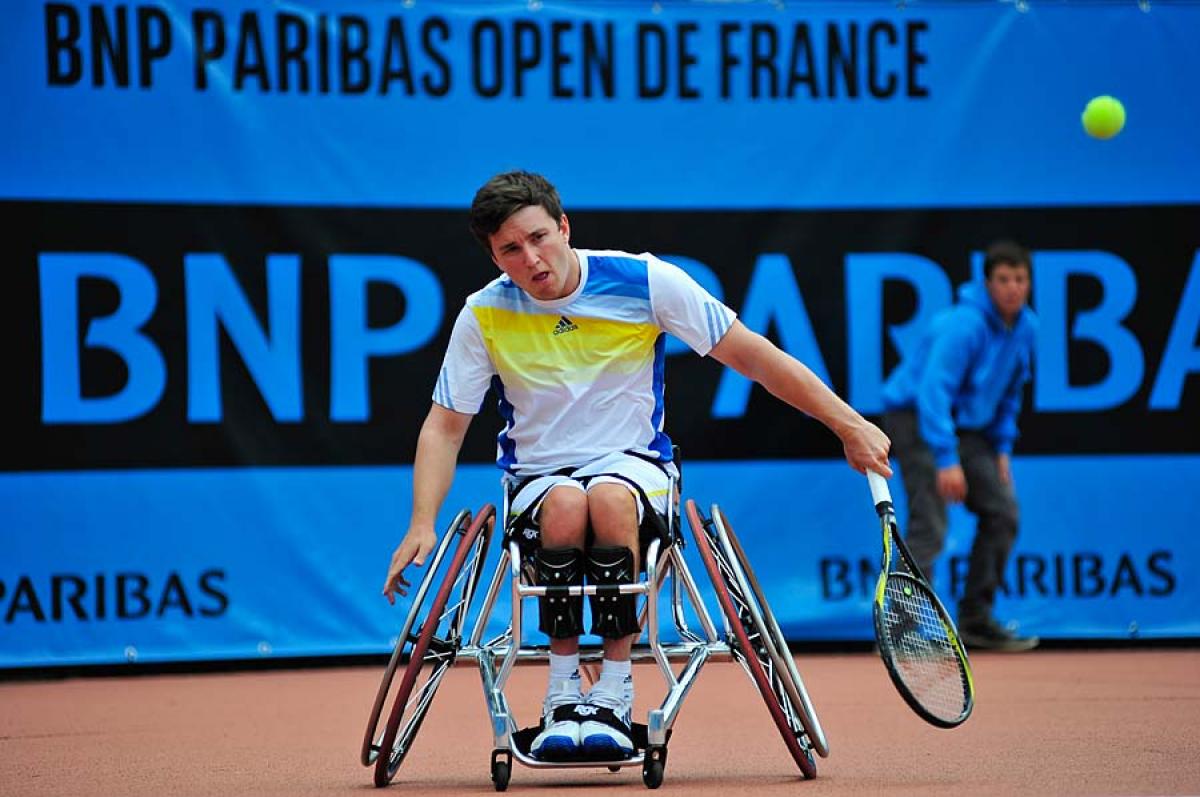 Organised by the Tennis Foundation, the British Open is one of six events to have Super Series status, the highest tier of tournament on the NEC Wheelchair Tennis Tour outside of the Grand Slams.

A host of London 2012 Paralympic medallists will return to Great Britain next week when the 24th British Open Wheelchair Tennis Championships take place at Nottingham Tennis Centre from 16-21 July.

Organised by the Tennis Foundation, the British Open is one of six events to have Super Series status, the highest tier of tournament on the NEC Wheelchair Tennis Tour outside of the Grand Slams.

Former two-time champion Maikel Scheffers of the Netherlands and British No. 1 and world No. 4 Gordon Reid will also be among the leading contenders, with Reid bidding to emulate his achievement in Nottingham last year, when he reached the first of his two career Super Series finals to date.

“The last year for me has been amazing and it started with reaching my first Super Series final at the British Open,” Reid said. “There’s plenty at stake this year, but fellow Scot Andy Murray’s victory at Wimbledon was so inspiring and I will be doing my best to produce another big performance on home soil.”

Local Nottinghamshire interest will come from Bingham’s British No. 3 David Phillipson, who won the men’s doubles in Croatia earlier this week in his last tournament before the British Open.

The women’s singles entries include seven of the world’s top 10 players, including 2012 runner-up Aniek van Koot, who went on to replace her now-retired fellow Dutchwoman and 12-time British Open champion Esther Vergeer as world No. 1 in January.

Since then Germany’s Sabine Ellerbrock, has taken over the word No. 1 spot from van Koot and both players will be among the leading contenders in Nottingham alongside Britain’s London 2012 women’s doubles bronze medallists Lucy Shuker and Jordanne Whiley.

“I love this time of year as I get to play in front of a home crowd and we’re certainly getting more interest in people watching the sport since competing at the Paralympics last year,” said world No. 8 Whiley, who last weekend reached her second successive Wimbledon doubles final.

“I missed the British Open last year through injury so I’m looking forward to getting back on the courts at Nottingham and testing myself against the world’s top players.”

Heading up the entry for the quad division will be world No. 1 David Wagner from the USA and world No. 3 Lucas Sithole from South Africa.