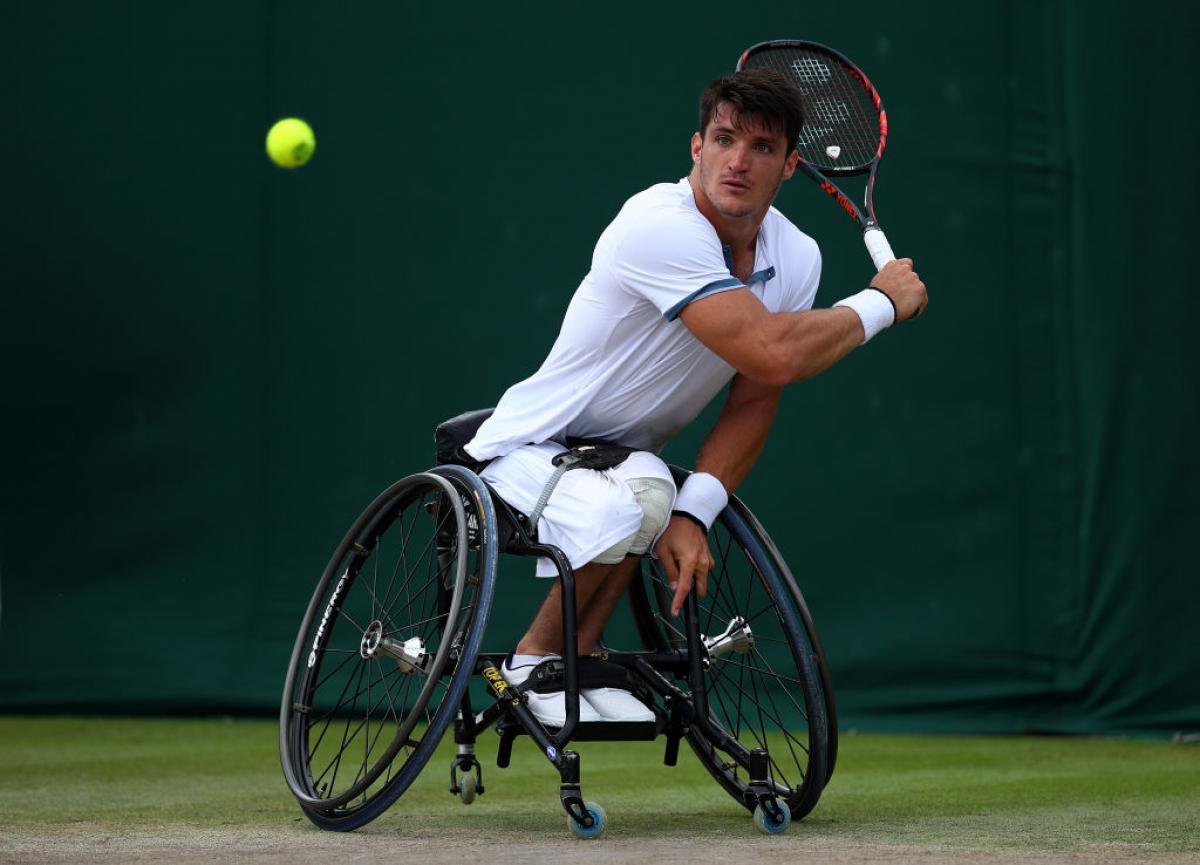 Gustavo Ferndandez proved the stronger player on the grass against No. 1 Shingo Kunieda

Argentina’s Gustavo Fernandez caused the biggest upset on Thursday (12 July), the first day of wheelchair tennis competition at Wimbledon by knocking out the World No 1 in a thrilling encounter.

“I think I have the edge here a bit because I’m more powerful,” third-seed Fernandez said. “Even if I play on clay or hardcourt I like to build the rally more, but I can adapt to the fact that I can play straight, direct, flat, and trying to go more for the winner or the advantage in the point from the start.

“The grass, I think it fits me a bit better than him, but still he’s mentally the toughest player in the sport, ever, so I knew that if I want to win I got to be tough as him in that matter, so that’s why I’m very happy, because it’s one of the things that I need to improve and I think that I took a huge step up.’’

“My opponent was very, very good, and I just have to adapt to grass more,” said Kunieda, who described playing on grass as a “a big war”.

“I think on the grass I needed more power, because we have to hit with unstable (surface), so sometimes I have to play with only my arm, so that was a big point.

“Every time the Grand Slam loss is really tough, but this year I could win the Australian Open and Roland Garros, so I wanted everything to win, but today it’s not.’’

In the other semi-final home favourite and second seed Alfie Hewett will meet Sweden’s Stefan Olsson.

The Netherlands’ top seed and defending champion Diede de Groot advanced past Germany’s Sabine Ellerbrock. She will now meet South African wildcard Kgothatso Montjane, who surprised compatriot and sixth seed Katharina Kruger, as both made their singles debuts in Wimbledon.

The other women’s semi-final will be between Dutch No. 3 seed Aniek Van Koot and Japan’s Yui Kamiji, who will bid to improve on her semi-final berth in 2017.