China look strong, but will face stiff competition from Britain, Netherlands and France 31 May 2018
Imagen 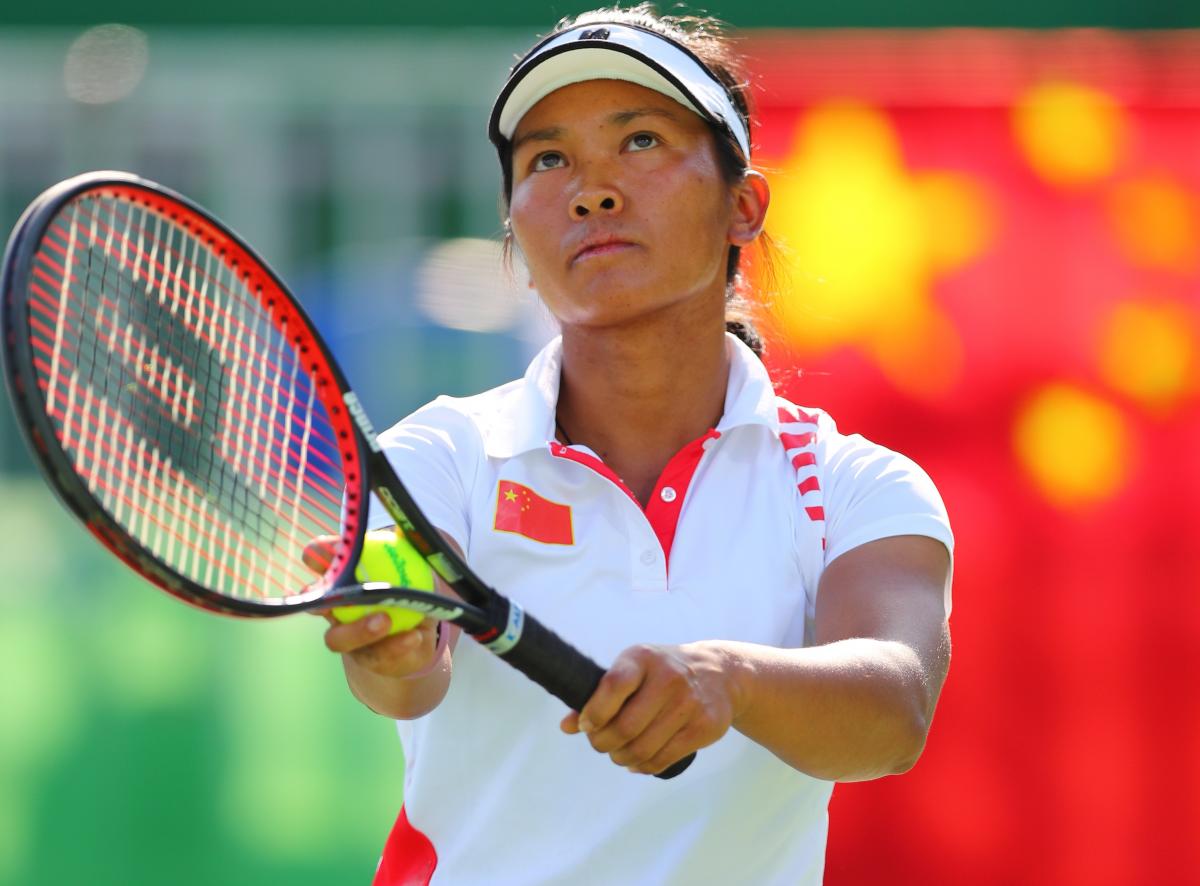 Defending women’s champions China recorded a 2-1 victory over second seed Japan on Wednesday (30 May), the third day of the 2018 BNP Paribas World Team Cup. The win virtually secured them a place in this year’s semi-finals at the ITF’s flagship wheelchair tennis team event in Apeldoorn, Netherlands.

World No.1 Yui Kamaji sealed a 7-5 6-2 win against Chinese No.1 Zhenzhen Zhu to force the deciding doubles rubber, which brought all four singles competitors back to court.

The contest came down to a crucial match tiebreak and the Chinese grip on the trophy looked to be slipping as Kamiji and Tanaka quickly took a 3-0 lead. However, a tremendous level of consistency saw Huang and Zhu reel off 10 points in succession to give China a memorable 4-6 6-4 (10-3) victory.

The Chinese team faces Kenya on Thursday to confirm their semi-final berth, with Kenya having already lost 3-0 to Japan.

Following Tuesday’s rain interruption, all four women’s round-robin pools will be completed on Thursday. Great Britain look likely to play China after Lucy Shuker wrapped up the Pool C tie against USA. With Louise Hunt having already beaten Shelby Baron on Tuesday, world No. 6 Shuker snatched a second set tiebreak against Dana Mathewson before going on to complete a 4-6 7-6(1) 6-2 win for the middle leg of a 3-0 victory for Great Britain.

Host nation and top seed Netherlands confirmed their place at the head of women’s Pool A with neither Aniek van Koot nor Diede de Groot dropping a single game during their respective singles rubbers against Switzerland’s Karin-Suter-Erath and Gabriel Buehler. Van Koot and Michaela Spaanstrs wrapped up 3-0 victory after defeating Nalani Buob and Suter-Erath 7-5 6-1.

Fourth seed France will play Netherlands in the women’s semi-finals after making it two wins from two in Pool D with a 2-1 victory over Brazil. Natalia Mayara gave Brazil early hope after beating world No. 12 Charlotte Famin 7-6(5) 6-0, but Emmanuelle Morch held on for a 7-5 6-4 win against Meirycol Duval and Famin and Motch sealed the doubles rubber 6-0 7-5.

Having sped through his first set of the opening singles rubber on Tuesday afternoon, reigning Cruyff Foundation Junior Masters champion Jef Vandorpe was taken to a second set tie-break having let slip a 3-1 lead to Agustin Ledesma. The 17-year-old eventually wrapped up a 6-0 7-6(6) victory, having had four match points and saving three set points along the way.

World No. 2 Gustavo Fernandez had to go to a deciding set against world No. 9 Joachim Gerard but managed to wrap up a 3-6 6-1 6-3 win to take the tie into the deciding doubles rubber. However, an accomplished performance from Gerard and Vandorpe took them to a 6-1 6-4 victory.

“It was a nice win today. We knew that if we wanted to go through to the semi-finals to play the best it would need a lucky draw, because to play Argentina is not the same as playing France or Japan or Great Britain. We showed that we deserved what we did last year (winning the bronze medal),” said Gerard. “We’ll try first to win tomorrow against Austria and maybe after that we can get the biggest upset of the week in the semi-final.”

Should Belgium progress from Pool D they will face top seed Great Britain for a place in the final. Dermot Bailey produced a resolute effort to beat China’s Shunjiang Dong 2-6 7-6(6) 7-6(6) in Pool A, with Alfie Hewett and Bailey dropping a total of just four more games in the next two rubbers as Britain wrapped up a 3-0 victory.

Ahead of the play-offs for final finish placings Wednesday’s third day of play also brought wins for Austria against USA, Netherlands against Australia, Spain against Poland and Korea, Republic against Brazil.

“The team has really taken advantage of our opportunities thus far and we look forward to a massive challenge from Israel in the semi-finals. We have the utmost respect for them and look forward to this friendly,” said USA quad team captain Kevin Heim.

In a tie featuring both the London 2012 and Rio 2016 Paralympic quad singles gold medallists Noam Gershony and Dylan Alcott both earned comfortable singles wins as Australia and Israel went into what was a thrilling deciding doubles rubber. However, ultimately Rio gold medallists Alcott and Heath Davidson had the edge to beat London bronze medallists Gershony and Shraga Weinberg 4-6 6-2 (10-7), meaning Australia finished on top of Pool A ahead of Israel.

Japan will play Canada in the play-off for fifth place. 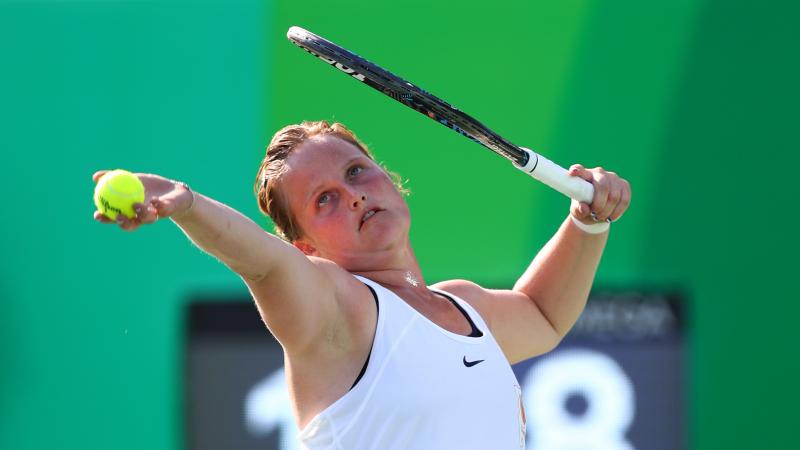 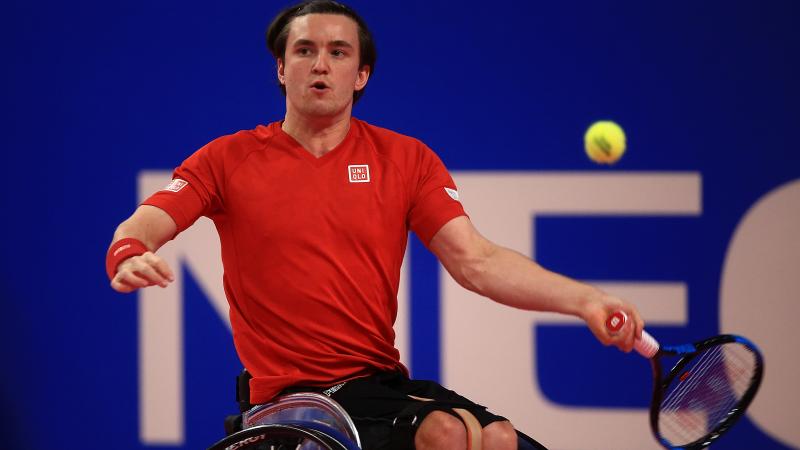